After the departure of Rafael Benitez, the atmosphere around Newcastle United was negative to say the least, whilst it did not get any better with the announcement of Steve Bruce as the Spaniard’s successor.

But, this year’s pre-season campaign has shown some signs of promise for Bruce ahead of his first season in charge of Newcastle, whilst there are areas which will need improvement if they are to have a successful nine months ahead of them.

Here are five things we learnt about Bruce’s Newcastle side in pre-season.

After Salomon Rondon went back to his parent club before signing for Dalian Yifang and Ayoze Pérez was sold to Leicester City, Newcastle broke their transfer record to bring in Brazilian striker Joelinton from TSG 1899 Hoffenheim for a deal worth around £40 million.

In the three friendly games that the 22-year-old took part in, he generally impressed the fans, winning a penalty straight after coming on in a 2-1 defeat to Preston North End.

He then went on to play 70 minutes in the games against Hibernian and AS Saint-Étienne, getting his first goal for the club against the Scottish side.

Throughout his pre-season campaign, his hold up play was particularly impressive which allowed him to keep his side in possession at the top end of the pitch, whilst his pace was also utilized to beat defenders.

He certainly has a lot to offer and Newcastle fans will be excited to see how he fares in the Premier League.

Matty Longstaff stands out as the youth are given a chance

Bruce gave plenty of the young players in his squad an opportunity to impress during pre-season, such as the likes of Elias Sorensen, who looked bright in the two appearances he made in the Asia Trophy.

Although, it was Matty Longstaff, the younger brother of Sean, who impressed massively during the friendly games he was involved in.

After impressive performances in the Newcastle academy, Longstaff gave the fans something to be excited about, his link-up play with the forwards certainly stood out, whilst he even managed to score in the final friendly game against Saint-Étienne. 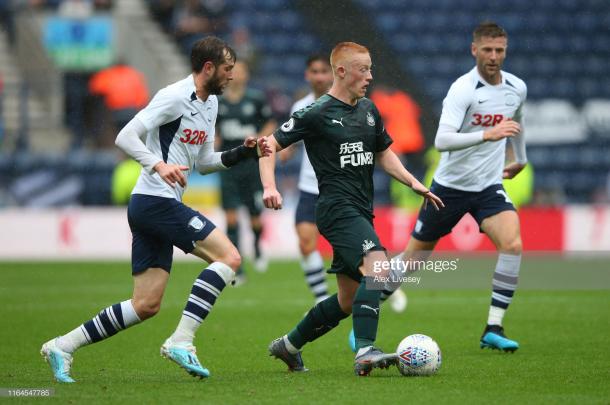 More often than not, Bruce opted with a 5-3-2/3-5-2 formation during pre-season, which therefore appears to be his preferred formation for the upcoming season.

During the friendly games, the fullback positions changed a lot, whilst there were plenty of questions surrounding that area, some of which have been answered, others have not.

Jamie Sterry began pre-season in the right-back/fullback position for the Magpies, with Javier Manquillo playing that role for the final three fixtures.

Unfortunately, DeAndre Yedlin did not recover from his recent surgery in time to be able to play any part of the pre-season campaign, meaning he will not start the season for Bruce’s side who has been unable to compare him to the likes of Manquillo over the summer.

As for the left fullback position, Achraf Lazaar and Rolando Aarons were both chosen in different games by Bruce to play there, whilst Matt Ritchie seems to be the preferred option.

With Aarons and Ritchie not being natural fullbacks or defenders yet being generally ahead of Lazaar in the team selection, questions were asked regarding recruitment in that area.

Those queries were answered when Newcastle announced the signing of 25-year-old left-back Jetro Willems on a season-long loan from Eintracht Frankfurt with an option to buy.

Although, Willems only had the opportunity to play 45 minutes in pre-season for Newcastle before they face Arsenal on Sunday.

Nine goals conceded in five games is not a promising sign

In their five pre-season games, Newcastle conceded nine goals in just five games, albeit four of those came in a thrashing by Wolverhampton Wanderers.

Although, they still went on to concede against Hibs, Saint Etienne and two against Preston after giving away penalties for both goals.

Discounting the game against Wolves and considering they conceded two penalties in the game at Deepdale, this may not be too much of a problem, although letting in four against Premier League opposition and being unable to keep a clean sheet against Hibs isn’t particularly inspiring pre-season or not. 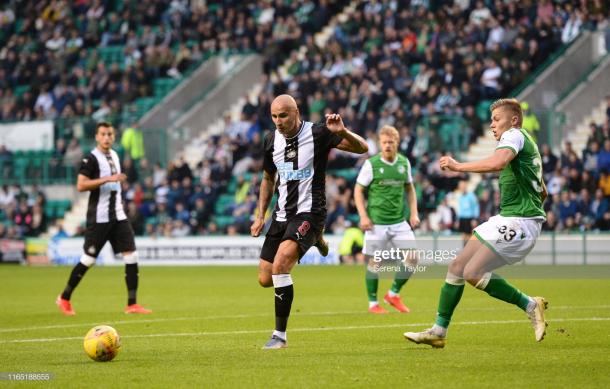 There’s quality in the midfield trio

Newcastle’s midfield has been a bright spark during pre-season, with a lot of quality in the central area.

In Jonjo Shelvey, Sean Longstaff and Isaac Hayden, the Magpies have a very solid midfield with a mix of creativity, energy and defensive stability.

The younger of the Longstaff brothers has also put himself into the picture for the 2019/20 campaign after a successful pre-season.

Because of the quality that this midfield possesses, there has unsurprisingly been doubts over Longstaff and Hayden’s future, keeping hold of those players will be vital going into the new season.

Bruce’s first competitive game in charge of Newcastle is on Sunday as Arsenal travel to St. James Park with a 14:00 PM kick-off time.

Did Miguel Almiron have an impact in Allan Saint-Maximin's absence?&nbsp; 5 days ago

The Warm Down: Smash and grab Newcastle secure three points at Crystal Palace 6 days ago

Crystal Palace vs Newcastle United preview: How to watch, kick-off time, team news, predicted lineups and ones to watch 8 days ago

Newcastle United's last 10 winter loanees - How did they fare? 4 days ago

The Warm Down: Deja vu as Newcastle wave the white flag 13 days ago