Stoke City secured their first league win of the season with an emphatic 2-1 victory away at table-toppers Swansea City this afternoon.

Swansea took the lead in under a minute, leaving many Stoke fans fearing an absolute trouncing. The Potters responded admirably to the set-back, however, equalising 21 minutes later. A dramatic 90th minute winner from Scott Hogan would send the away fans into raptures and, crucially, reduce the gap to safety to only three points.

Nathan Jones cut a defiant, emotional figure in his post-match interview, emphasising the commitment and graft of his players in what was a season defining fixture. The Welshman felt that today’s victory was their just rewards after a number of strong performances.

Stoke have suffered a calamitous start to the season, sitting rock-bottom of the table with just five points even after today’s win. Jones has been under immense pressure to end the rut, with many fans calling for his head.

Jones thanks board for patience

However, the board have kept faith in Jones, believing he has the capabilities to turn their disastrous run of form around. He was eager to thank his superiors in his post-match interview.

“They’ve given me patience beyond what I deserved and backed me to the hilt,” Jones told the press after the match. “They know the work I’m doing and they know the commitment and passion I have for this club.”

”I’m just proud really,” he said of the performance and win today. “They’ve worked, they’ve given me everything, they’ve grafted.”

“That should have been 4-1 today, we created clear-cut chances. They were excellent, I’m so proud of them.” 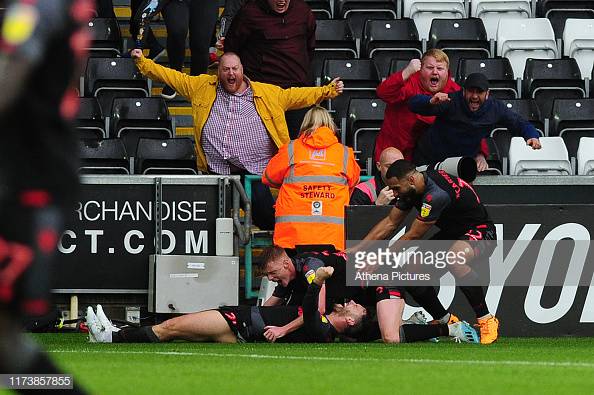 Jones insisted that the points were bound to come at some point after the strong performances his side had been putting in. “We’re a better side than where we are. We should have put far more sides to the sword than we have.”

’The team I left Luton for’

”We’ve been putting in performances like this for a long time, it’s just today we were error-free, we put our body on the line and took two of the gazillion chances we had. It came together today, I’m so proud of them.”

”That was a pretty much complete away performance and for the first time in a long time that looked like a team that I’ve worked on, and that I envisaged since I left (Luton).”

Swansea City vs Luton Town preview: How to watch, kick-off time, team news, predicted lineups and ones to watch 10 hours ago