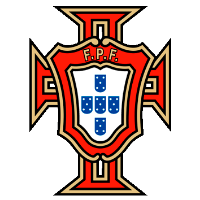 England's second-half display proved to be a vast improvement from previous games, earning them a 0-1 win after a goalkeeping error from Patrícia Morais, to which Beth Mead capitalised on.

A lacklustre first-half was quickly forgotten about once Jodie Taylor and Jordan Nobbs took to the field, England looked far more creative and intense in the closing stages.

The Lionesses can consider themselves lucky, however, as somehow a Cláudia Neto free-kick bounced off the underside of the bar and was kept out by Ellie Roebuck.

It was another disappointing first half for England who had only a couple of chances and showed defensive vulnerabilities.

The Lionesses' high line caused a few issues with the rapid pace of Jessica Silva.

But, Beth England produced their first good chance of the game on 14 minutes.

Steph Houghton sent a perfect ball to Lucy Staniforth, who found Mead free on the left.

Arsenal's No.23 drove a ball into the area but England was unable to get any connection, it would've been a certain goal otherwise.

Neville looked anxious on the sidelines on 28 minutes as the ball came off Keira Walsh in a dangerous area, nearly finding J.Silva.

Rachel Daly stepped in to make a last-ditch clearance, preventing a calamity at the back for England.

The visitors' best chance of the half came close to half-time as Beth England took the ball to the byline and pulled a fantastic ball back across goal.

Nikita Parris nearly connected with it, but Mendes cleared it and denied the Lyon forward.

Bronze did have a penalty shout as she appeared to be pulled down in the box. But, it would've been soft and the referee waved on.

The early stages of the second-half were quiet, with England enjoying possession but failing to create anything of note.

A huge chance came for the Lionesses' on 65 as substitute Jodie Taylor made a fantastic run and cut open the Portuguese defence.

The ball played through to her is met first by Morais and is sent out wide towards Mead.

Bronze got a head on Mead's cross but it was saved by the keeper.

The intensity increased once Taylor and Nobbs took to the field, replacing Daly and England.

It paid off on 72 minutes as Morais dropped a cross on the goal line, which was subsequently tapped in by Mead.

England's hard work nearly unravelled in stoppage time as Walsh conceded a free-kick on the edge of the box.

Neto stepped up for the hosts and her shot nearly went in off the cross-bar, it bounced down and nearly rolled in off Roebuck's back - but somehow it stayed out.

Change of tactics for Neville

Friendlies are always a good opportunity to test out different formations and tactics, but with England's current form - it was definitely a risk for the Lionesses boss.

Bronze occupied a holding midfield role whilst Daly played out at right-back, which was a questionable approach given the defender is regarded as one of the best in her position.

Much to ponder for the England manager...

Despite the victory, tonight was far from a complete performance from the Lionesses.

England failed to create in the first-half and looked extremely vulnerable from a defensive stand point.

From 60 onwards, things definitely improved and Taylor started to pull the strings, being a part of two fantastic chances.

Neville will surely take the positives, but improvements certainly need to be made.

The game certainly changed when the Reign FC star took to the pitch.

She looked more than comfortable leading the line and England started to create far better chances.

Her runs in behind caused Portugal a number of problems and even with the lucky goal, the Lionesses could've been a goal or two to the good by then.

The 24-year-olds pace was a huge asset to the hosts, as they looked to take advantage of England's high line.

Some brilliant skill on 40 minutes saw her turn away from both Greenwood and Bronze, fortunately for England nothing came of it.

England are next in action on November 9 when the host Germany at Wembley and a far better performance will be needed if they're to get anything from the two time World Cup champions.

Portugal host Finland on November 12 in a Euros qualifier.

They currently sit third in qualifying group E, their opponents are top having played one more game.

West Ham United Women vs Manchester United FA WSL Preview: Kick-off time, team news, ones to watch and how to follow 11 days ago

Reading vs Manchester City FA WSL Preview: Kick-off time, team news, ones to watch and how to follow 12 days ago

Although they have only recently joined, the off-the-pitch impact of the WSL's USWNT additions is already evident 20 days ago