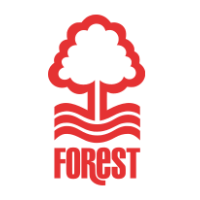 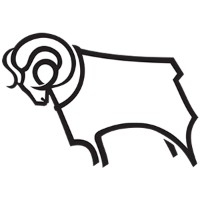 Forest win the second and their second East Midlands Derby of the season - and their third in a row. End-to-end in the first half, Forest grew into their own as the second half began, capitalising off Bogle's horrific pass to Grabban who scored the decisive goal. Until that point both defences were rock solid.

Derby simply didn't take their chances, a Lawrence effort inside five minutes the best of the lot but they also had plenty to their name as they chased the game in the last 15 minutes.

FOUR minutes added and a third and final change for good measure.

85' Fresh legs to help Forest through

78' Massive opportunity for Derby to get level but it's squandered! Bogle gets to the far post and knocks a ball down for Marriott who has either side of Samba at his beckon. Instead he fires straight at the Forest keeper.
15:05a year ago

72' And then Derby make their second as Bristol City loanee  and former Forest midfielder Jamie Paterson replaces Holmes who couldn't crack the case this afternoon.

72' First Forest change of the game.

72' #NFFC 1-0 Derby: A first change of the game for Forest... pic.twitter.com/DRApTfdeih

70' A near sell-out at the City Ground. 20 minutes to go, Grabban and Lawrence have just entered the book for either side.

Thank you for your tremendous support!

67' Golden opportunity for the Reds to get a second. Lolley's effort on goal was turned past the post by Grabban who was completely unaware of the flight of the ball as it struck his back.
14:53a year ago

60' Forest have been by far the better side in this half and capitalise on a defensive error. They nearly did so again a few moments later and now Bielik has gone into the book for a foul on Cash.

The City Ground is rocking.

57' It's an absolute howler from Jayden Bogle who gifts the ball to Lewis Grabban on the edge of the box with no one but Roos in front of him. Of course there was no doubt the Forest talisman would open the scoring with that kind of chance.

50' The home side have started the brighter of the two and win yet another corner from Silva's cross at the byline.

There's a Holmes and Watson playing in this game which is superb, also.

46' The second half is underway as Mull of Kintyre rings out across the City Ground.
14:23a year ago

This has everything you'd expect from a big derby game bar goals; superb atmosphere, crunching tackles and end-to-end action to name but a few.

Forest have had more chances, and corners to match, but Derby the better. In fact the visitors should've led after five minutes when Lawrence had a shooting opportunity inside the box which was denied by Samba.

45' Ameobi, not the first time, tests Roos from the edge of the box. Nothing doing for either side so far.
14:11a year ago

37' Excellent corner to Figueiredo is nodded across towards Watson at the far post who can't reach it. Close.
14:09a year ago

35' End-to-end period of the game culminates in Marriott firing wide of the far post from the edge of the box.
14:04a year ago

31' Flying challenges everywhere you look at the moment, truly living up to the Derby Day stereotype. Watson booked for a challenge on Lawrence a moment ago.
13:58a year ago

25' Grabban works some room on the edge of the Derby box but fires over.
13:52a year ago

17' Confirmation of how Phillip Cocu has shuffled the pack after less than 20 minutes.

17' | @GeorgeEvans70 has gone straight into midfield alongside @Shinzzaa, while Bielik has moved to centre-back.

15' The visitors have been forced into an early change after an injury to Clarke.

15' | The Rams have been forced into an early change.

12' Lolley's low corner causes problems for Derby's defence but they recover well to block Watson's effort as the midfielder was running onto the end of a loose ball from 12-yards.
13:37a year ago

5' Huge save from Samba for Forest. Lawrence was teed up in the box but the keeper was down quickly and made no mistake!
13:37a year ago

4' Silva with the first shot of the day for the hosts from distance, but this flies well wide.
13:33a year ago

A tremendous tribute from both sets of supporters displaying flags and banners commemorating those who fought and died for our freedom. In the heat of Derby Day it can be easy to forget that some things are bigger than football. This is, well done to everyone in the City Ground this lunchtime.

The teams are on their way out for the East Midlands Derby on a cloudy afternoon at the City Ground. A period of silence to pay tribute to those who tragically fell in the First World War will follow as part of the annual remembrance commemorations.
13:20a year ago

Not long to go

Only ten minutes now until we get underway on the banks of the Trent!

Expected to be in today's squad, club captain Michael Dawson misses out for the hosts whose defensive dilemma goes on.

Not in today’s squad but here to get behind the lads 👊🔴 #NFFC pic.twitter.com/x2l3J1ag5H

Forest and Derby are set and ready to go for the first East Midlands grudge match of the league season.

Nottingham Forest: Samba, Cash, Figueiredo, Worrall, Ribeiro, Watson, Yates, Silva, Ameobi, Lolley, Grabban.
15:33a year ago
Do not miss a detail of the match with the live updates on VAVEL. Follow along with us for all the details, commentaries, analysis and lineups for this East Midlands Derby between Nottingham Forest and Derby County.
15:33a year ago

How to watch Nottingham Forest vs Derby County Live TV

Forest have lost a heap of defenders to injury since the start of the season, Tendayi Darikya is out for the remainder of the campaign while the likes of Carl Jenkinson and Michael Hefele are not available. Another defender, Yohan Benalouane scored the winner in last season's East Midlands Derby at the City Ground but he too misses out.

They will be bouyed by the return of club captain and centre-back Michael Dawson, however.

Scott Malone is missing for the visitors after suffering a knock in their win against Middlesbrough, whilst Tom Huddlestone will still remain sidelined.

Three wins in their last five see Phillip Cocu's side on the rise up the Championship table, after a previous ten league games that had seen only two victories.

Like Forest, however, the Rams have lost recent games in frustrating fashion, a 3-0 away defeat at Charlton the worst of the two before a 2-0 loss at Hull that won't be remembered fondly.

Tricky form for the tricky trees

Forest are 5th in the Championship going into Saturday's clash, although their position isn't as desirable as their form.

Despite winning last time out at Luton, the Tricky Trees have only won one other of their last five, a narrow 1-0 triumph at home to Brentford.

Two losses in three days to Hull and Wigan towards the end of last month may have filled the Reds' supporters with doubt for Saturday's derby, if not for their victory last weekend.

15:09a year ago
Saturday’s match will be the second meeting between the two sides this season, with Forest thumping their fierce rivals 3-0, also at home, in the Carabao Cup.
15:09a year ago

The East Midlands Derby will be played at the City Ground in Nottingham. The kick-off time is 12:30 GMT.
15:08a year ago

My name is Alex Bullions and I’ll be your host for this game. We will provide you with pre-game analysis, team updates, and news as it happens live here on VAVEL.

Is it the end of the line for Nottingham Forest's Lamouchi after final gamble?9 hours ago

Barnsley 0-0 Coventry City: Lack of creativity from both sides leads to stalematea day ago

Bristol City vs Sheffield Wednesday: How to watch, kick-off time, predicted lineups and ones to watcha day ago

The Warmdown: How Corberan's stamp earned Huddersfield's first victory of the seasona day ago

Bournemouth vs Norwich City preview: How to watch, kick-off time, predicted line-ups and ones to watcha day ago

Barnsley vs Coventry preview: How to watch, kick off time, team news, predicted lineups and ones to watch2 days ago