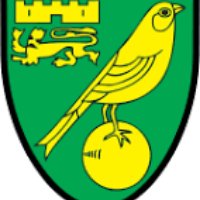 The bleak run is finally over. Watford won their first game of this Premier League season as they defeated Norwich City by two goals at Carrow Road despite playing the best part of half an hour with ten men.

It was a match which bore boundless significance as the bottom two in the table locked horns, and it was the side at the very foot of the standings that would emerge victorious.

An expectant home crowd was stunned into silence when Gerard Deulofeu scored from an impressive individual run in the second minute, and scorer would turn provider when the Spaniard supplied Andre Gray to double the lead for the Hornets soon after half time.

Norwich were given a lifeline when Watford defender Christian Kabasele was dealt a second yellow card in the second half, but their attempts to capitalise reaped little reward as the visitors navigated the closing stages to claim the three points.

The result consigns the Canaries to the bottom of the table, while the Hornets climb to 18th.

An action-packed opening half would unfold under the floodlights and it was, in every sense of the word, the perfect start for Watford, who gained the front foot — and the lead — from the word 'go'. Deulofeu dispossessed Emi Buendía and drove at goal before sidestepping Tom Trybull on the edge of the area and coolly dispatching past Tim Krul.

The Hornets came close to doubling their advantage just two minutes later when Daryl Janmaat rose highest to meet a corner from José Holebas, but the Dutchman's header had too much on it and left Krul untroubled.

Another opportunity presented itself when the goalscorer received the ball centrally and spread play out to Janmaat, who stormed down the right flank and supplied an inviting cross into the centre, but Roberto Pereyra failed to make contact. Possession was then recycled and Deulofeu found himself in another promising position, only to see his shot trickle wide of the far post.

Having conceded just once amid an early onslaught for the Hornets, Norwich believed they deserved a golden chance to level the scores when Marco Stiepermann was felled by Holebas in the box, yet referee Andre Marriner and VAR were both unmoved.

But the Canaries maintained their intensity and Stiepermann supplied a well-weighted through ball for Onel Hernández, only for the Cuban to be met by the onrushing Ben Foster who prevented him from registering an attempt.

The visitors sensed danger and knew a second goal would add security to their relatively fragile advantage. Will Hughes picked up possession deep inside Norwich's defensive third and teed himself up for a strike on his stronger left foot, but it was high and wide of goal.

However, Watford were forced to part ways with one of their brightest creative sparks when Pereyra became a forced substitution through injury on the half-hour mark. He departed the field and was replaced by Gray.

He nearly had an instant impact when Holebas fed Hughes who moved down the channel and crossed from the byline. Gray controlled, swivelled, but saw his effort blocked heroically by Ben Godfrey.

Norwich were enjoying plenty of success down their left wing through Hernández, and his technical mastery nearly paid dividends when he fainted past Kabasele and lofted the ball for Kenny McLean, whose header was gratefully clutched by Foster.

They fashioned another chance to even the scores when Teemu Pukki picked his head up in the box and supplied the run of Buendía, looking to make amends for his costly mistake in the opening exchanges, but his shot was harmless to Watford's goal.

The Canaries doubtlessly had sufficient chances to erase the deficit or even create one of their own, but it was their visitors that headed into the break a goal to the good, and would extend their lead shortly after the restart.

A sweeping team move unleashed Deulofeu down the left flank. The Spaniard skipped past Alex Tettey's diving challenge and crossed for Gray, whose attempt at an aerial back-heel deflected off Jamal Lewis and nestled in the net. The significance of the goal was immeasurable.

Buendía attempted to replicate the goal for which he was at fault in the first half when he tackled Craig Cathcart and bolted into the attacking third, but his lofted cross was pounced on by Janmaat who was able to clear.

Foster was called into action after being granted a period of respite when substitute Todd Cantwell teed up Lewis on the edge of the area,  the full-back's shot saved expertly by the goalkeeper.

Norwich were gifted a huge advantage the 65th minute. Watford centre-back Kabasele, already booked, performed a cynical lunge on Josip Drmić and received a second yellow for the offence.

It ensured the Hornets would resort to a backs-to-the-wall display for the remainder of the match. Goalscorer Deulofeu left the field for Adrian Mariappa, leaving Gray as the lone striker for the away side.

Cue desperate attempts from the Canaries to besiege the Watford goal. McLean latched on to a loose ball on the edge of the box and unleashed a vicious effort which Foster was equal to. Countless other speculative strikes were launched, but to little avail.

The visitors had a glorious opportunity to seal their victory when Hughes unleashed Gray behind a high Norwich defence. The striker spotted Krul off his line and made ground forwards before opting to chip the shot-stopper, who watched the ball fly well clear of the crossbar.

A miserable evening for the Canaries was summed up when centre-back Godfrey skewed a short wide from outside the box. It was to be the last chance of note as the encounter petered to its conclusion in the final ten minutes, Watford delighted with those previously elusive three points rewarding a resilient defensive showing.

This was a crucial victory for the Hornets, orchestrated almost precisely how they would have hoped it to be prior to the game. But make no mistakes, the evening could have transpired differently.

Hernández terrorised Janmaat and Kabasele on the right side of the Watford defence all game long, particularly the former whose forward-thinking inclinations saw his positioning exploited on a regular basis.

Norwich were also guilty of over-ambition in the wing-back areas, as Deulofeu was able to provide the assist for the second goal by capitalising on the absence of Max Aarons who had blitzed upfield and vacated his defensive area, forced to make a recovery run but leaving the rest of the back line in confusion.

It's a weakness both sides will be keen to remedy when they come up against stronger opposition in the coming weeks.

Despite being hailed as one of the league's most lethal strikers at the beginning of the campaign, Pukki has now failed to score in his last seven games.

This was a night in which Norwich's main attacking threat was irrefutably delivered from the feet of Hernández, while opposite number Deulofeu won the game with both a goal and an assist.

The Finn's evening was summed up when he squandered a chance to mount a counter-attack in the second half, running the ball out of play without considerable opposition pressure.

If the Canaries are to lift themselves from their newly acquired position at the bottom of the table, they will hope Pukki can rediscover the golden touch that guided them to the top flight last season.

Fighting spirit survives in both — Norwich must recover, Watford must build

Many teams would struggle to respond to conceding an early goal, a predicament in which no side wishes to find themselves in matches of these proportions.

However, Norwich refused to lie down, and endeavoured wholeheartedly to earn a route back into the game. These were points, in truth, that they could not afford to let slip, and there were times in the second half when the entirety of their outfield ranks were situated in the attacking third.

As for Watford, their ability to navigate the onslaught from their opponents unscathed highlighted a new-found defensive resilience, a key area of improvement since the return of Quique Sánchez Flores in September — his reign looks all the more secure now.

November bears more crunch ties for the Hornets, with Burnley and Southampton still to play, and they will need to use this victory as the catalyst for a positive run of form heading into the congested festive fixture list.

As mentioned, Watford will face Burnley at Vicarage Road in just over two weeks' time, after the upcoming international break.

Meanwhile, Norwich travel to the north west and Goodison Park to take on Everton.

The Warm Down: Joy for Arsenal as fans return to the Emirates&nbsp; 6 hours ago

The Warmdown: Lacklustre performance see Foxes lose away in Ukraine a day ago

Burnley vs Everton preview: Can Burnley bounce back after Etihad horror show? 10 hours ago

The Warmdown: Careless defeat leaves United still with a job to do 8 hours ago