It was a very wet and cold afternoon at White Hart Lane which saw another disappointing Tottenham Hotspur draw - but another valuable and impressive Sheffield United point.

Heung-Min Son gave Spurs the lead in the 58th minute after an uncharacteristic error from the Sheffield United defence.

VAR then stirred up some more controversy when a long delay ended with a David McGoldrick goal being chalked off after an earlier offside.

It was George Baldock who was caught offside - a very fine line between him and Eric Dier - however, the right-back equalised himself later on from a cross.

It was the Blades who took the early initiative, with Chris Basham testing Paulo Gazzaniga early on with a powerful strike on the edge of the area from a corner.

It took Spurs almost seven minutes to begin playing in the Blades' half, with Son showing some superb footwork to drive his team up the pitch.

However, it was the away side that continued to look the better of the two sides in the early exchanges, as John Fleck aimed his effort towards the bottom-right corner - but Gazzaniga was again equal to it.

Dier could have seen a second yellow in the 14th minute when he brought down Lys Mousset who appeared to be breaking away beyond the Spurs defence - albeit out wide which probably prompted referee Graham Scott to keep his cards in his pocket.

Harry Kane then had a fantastic chance at the other end of the pitch after good work from Dele Alli to release Serge Aurier on the right-hand side, but the Ivorian's cross in was a little behind Kane who's miscued shot trickled past the post.

Dier's defensive partner Davinson Sanchez had his blushes spared as Enda Stevens' cross somehow evaded his complete air-kick - but John Lundstrum could not get his foot on the ball to divert it into the net.

Spurs then were under pressure again by Chris Wilder's well-drilled side when Lundstrum, who scored twice against Burnley last weekend, smashed the post with his effort from close range.

The home side's best chance of the first half fell eight minutes before the break when former PSG midfielder Giovani Lo Celso found himself in acres of room in the box, but his shot narrowly missed the target.

Half-time saw Harry Winks come on for the Lilywhites in place of Tanguy Ndombele, but it was the visitors who again started the brightest.

Lys Mousset so almost opened the scoring for the Blades, just like he did against Spurs' North London rivals Arsenal, but his effort from inside the box flew past the far post.

Son, who had his red card against Everton rescinded this week, raced into the box with some fantastic dribbling, but his shot was parried away by Dean Henderson.

However, just moments later, Son redeemed himself after a lapse of concentration and a piece of miscommunication in the area between Stevens and Jack O'Connell after a Dele through ball allowed the Korean to slide the ball underneath Henderson to make it 1-0.

Sheffield United then thought they had equalized after Stevens squared for David McGoldrick to tap home, but after a long VAR delay, the goal was ruled out after George Baldock strayed offside in the build-up.

The roof was blown off by the Spurs fans as the goal was chalked off, while the travelling supporters were left feeling aggrieved by a decision given from the most minimal of margins.

The next ten minutes were scrappy on both sides, but the best chances came to Spurs as Son darted into the box before going down - his appeals waved away by the referee and then VAR.

The Blades then equalized in the 78th minute, after George Baldock sliced his cross, but fortunately for him and the Blades, Dier failed to clear and the cross found its way to the bottom left corner - a goal VAR could not rule out.

Six minutes were added on as Tottenham launched a barrage of attacks - with Lucas Moura going closest with a powerful effort which was saved exceptionally by Henderson in goal for the Blades.

The Blades hung on for another exceptional result and impressive performance that will have the papers and pundits talking.

Chris Wilder has an exceptionally well-drilled side; so organised, compact and fluid. The teamwork on display against Spurs was the type you would expect from an established Premier League side - something that most predicted at the start of the season the Blades would not achieve and inevitably go straight back down. This performance was another statement from the side in red and white as they extend their unbeaten run to five games.

One thing the Blades do lack - a clinical finisher. Lys Mousset and David McGoldrick both played fantastic - despite neither finding the net. If one of their five striking options out of those two, Billy Sharp, Callum Robinson, and Oliver McBurnie come good - this Blades side can impress even more.

Spurs, however, need to find a way to launch a winning streak - and back to back wins will make this a lot easier, but they cannot manage it as of yet. Attacking wise, Spurs were lacklustre - all except Heung-Min Son who turned in an impressive performance capped with a goal.

Up next for both teams

Sheffield United host Manchester United at Bramall Lane on the 24th November at 16:30 while Tottenham host West Ham on the 23rd November at 12:30.

Burnley vs Southampton: Team news, how to watch, key quotes and head-to-headan hour ago 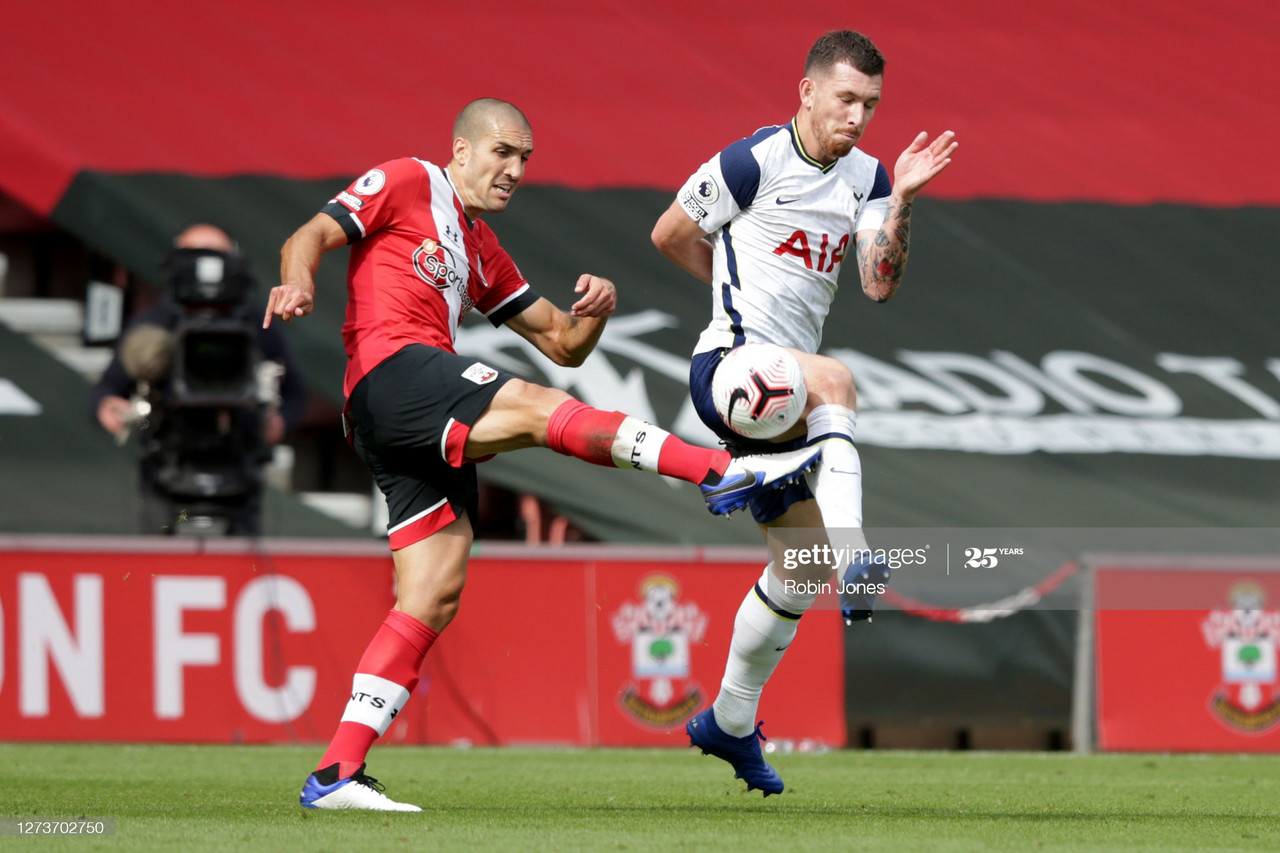 Analysis: The damaging reality of Wilfred Ndidi’s injury to Leicester City7 hours ago

What Next for Billy Gilmour?6 hours ago

The Warm Down: Battle of squad depths as Leicester City exit Carabao Cup after Arsenal defeat10 hours ago

Edouard Mendy: His strengths, weaknesses and why Chelsea signed him6 hours ago