Chelsea secured a sixth successive Premier League victory as they cruised past Crystal Palace 2-0 in their final fixture before the international break.

Frank Lampard has now lost just once in 11 matches across all competitions, demonstrating why he can cut it at the elite level of management.

After bringing the Eagles down to earth, the Blues moved up to third in the league, level on points with Leicester City and in a commanding position in the Champions League race.

Below are the players who have benefited from Chelsea's rapid rise but also those who suffered throughout the same period. 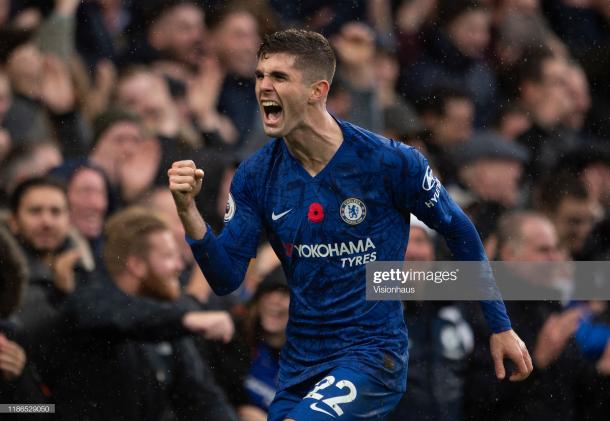 Life in London did not get off to brightest of beginnings for the man from across the pond, who started just one of Chelsea's first seven league games, assisting once without scoring. In coordination with Chelsea rejuvenation, Christian Pulisic is finally living up to the £58million figure they forked out for his signature.

Pulisic recorded a perfect hat-trick against Burnley, reminding everyone he's not just winger with a trick or two up his sleeve. Two more starts resulted in two more goals, away to Watford and in the victory over Palace.

The mantle of Eden Hazard is never easy to live up to, yet the all-action American is certainly staking a claim to be in Lampard's XI every week.

When it was clear N'Golo Kante would be a consistent doubt through a series of niggling injuries, worried faces began to circulate around Chelsea as they searched for a way to replace the Frenchman's formidable yet miniature frame in midfield.

Up stepped Mateo Kovacic. Long forgotten are the days under Maurizio Sarri when he'd be brought on or off on 65 minutes for Ross Barkley; Kovacic's world-class ability on the ball is clear, something Blues fans weren't accustomed to seeing last season. 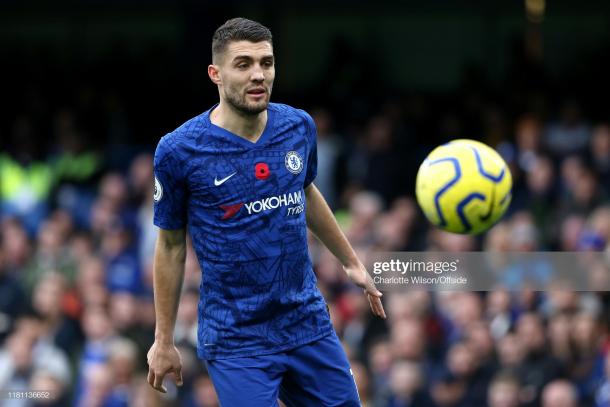 Lampard has allowed the Croat more freedom to express himself further and he has taken these instructions with both hands. He was man of the match against Palace, making more passes (95) than any other player on the field, also excelling in the 4-2 away win at Burnley.

He and Jorginho have formed a fine partnership in the middle of the park, which brings us on nicely to the selection headache now presented to Lampard.

Kante has only been present in five matchday squads in the league, fighting an ankle problem sustained during pre-season. 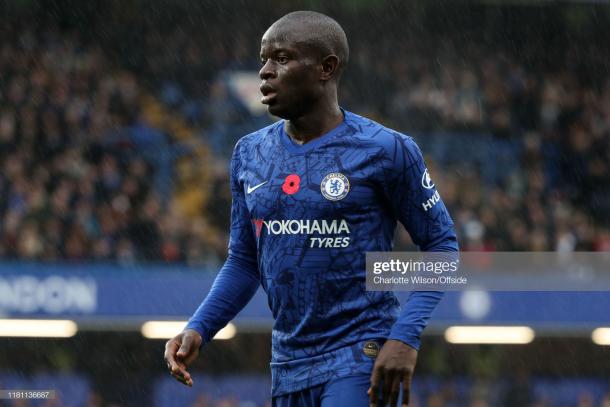 He was a starter on Saturday but it's apparent the World Cup winner has yet to reach maximum match sharpness and the way Lampard has set an intensity into their play, it would be a shame for Kante to just be a passenger rather than an instigator.

The truth of the matter is, Chelsea have not fully missed his presence in front of the back four. Kovacic and Jorginho have controlled the midfield excellently and whilst cover for the defence could still be improved, Kante may struggle to dislodge the pair as he continues his return to fitness. 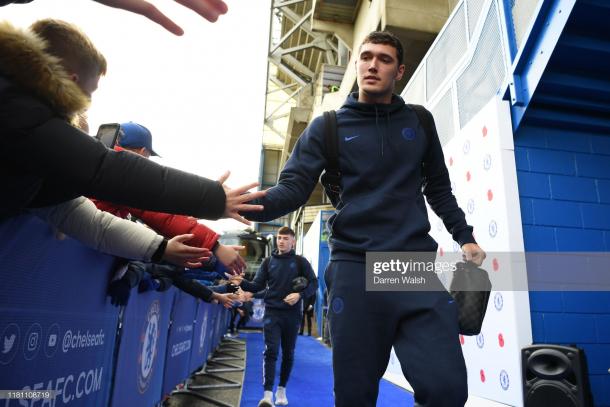 Already the frailties for the Blues backline had begun to show, continuing as they conceded twice against Norwich and once to Leicester, both featuring Christensen from the get-go.

His last start did produce a clean sheet at Stamford Bridge against Brighton & Hove Albion before he was dropped to the bench the following week. From here, the Dane has not played the past four, largely down to a hamstring problem. His spot has been snatched up by Fikayo Tomori as he and Zouma look to be Lampard's first choice in Chelsea's spine; Christensen might have to settle for minutes in the cup.

From one fallen defender to the future of the Chelsea football club, Tomori has taken the country's attention by storm.

He was introduced in the 2-2 draw with Sheffield United back in August and since then has not missed a minute of domestic action, keeping three clean sheets in those six wins on the spin. 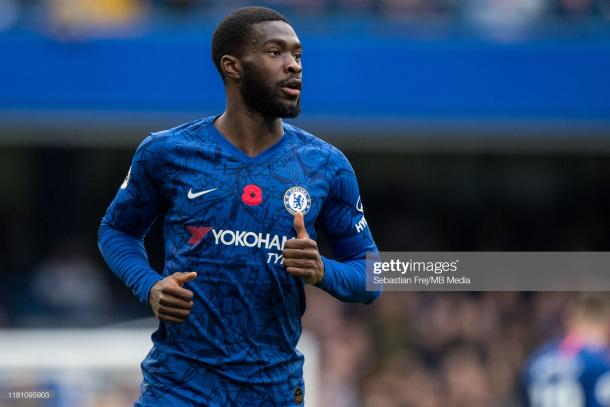 Furthermore, Tomori earned a first call-up to Gareth Southgate's senior England side for the European Qualifiers in October, once again making the cut for November's addition.

Tammy Abraham's name rung around the Bridge again after netting his tenth goal for the term against Palace, taking him up to second behind Jamie Vardy in the fight for the Golden Boot.

As he wheeled off in celebration, his fellow striker must have been wincing on the inside. Olivier Giroud's role has been limited to that of a bench warmer, playing a total of 120 minutes since the 19/20 season got underway, stepping foot onto the field for 20 of those during Chelsea's perfect half dozen. 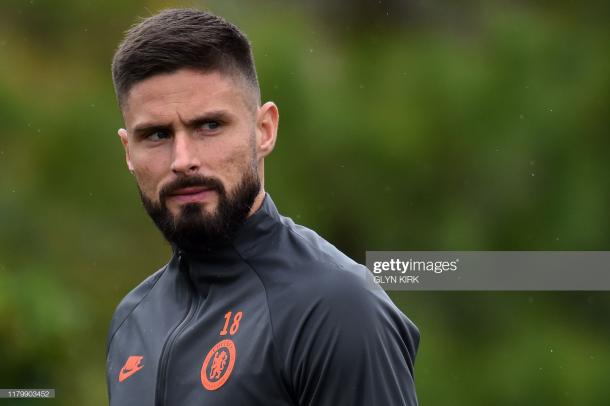 Giroud has also failed to score or assist in his limited appearances and would be wise to look elsewhere in the January transfer window as he acts as back-up to both Abraham and Michy Batshuayi in the forward department. Unfortunately, Lampard is unlikely to release the striker due to their transfer ban.

Tomori, Abraham and Mason Mount now have another academy graduate joining them in the senior squad. 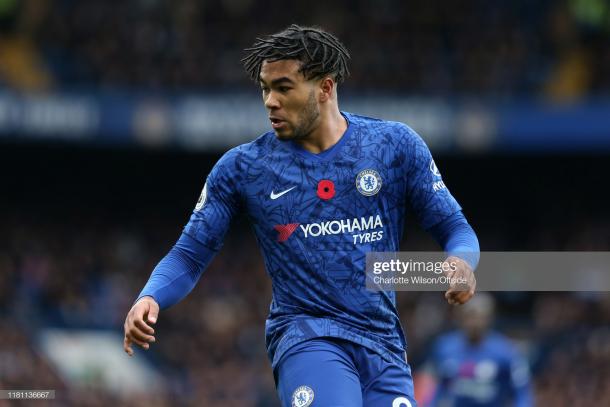 Reece James was handed his full Premier League debut against Palace, replacing Cesar Azpilicueta at right-back whilst also recording a clean sheet in front of the home supporters who iked what they saw from the 19-year-old.

It is testament to James that he ended Azpilicueta's run of 73 consecutive starts in the league and a hint towards the Spaniard's long-term replacement at full-back.

With confidence on and off the ball in abundance, expect James to be deployed more frequently by his boss, especially as he fits the ‘reliance on youth’ mantra that Lampard has sworn by.

Chelsea vs Sevilla Preview: Blues look to kick off UCL campaign in style 4 days ago

Kai Havertz: The story behind the man with the £72 million price tag 6 days ago

Branislav Ivanovic: An influential figure not given the credit he deserves 6 days ago

How would "Project Big Picture" affect Chelsea 9 days ago

Fernando Torres: A Retrospective Chelsea Hero or An Overpriced Flop? 9 days ago

Mendy arrival does not mean Kepa exit 15 days ago