England confirmed their qualification to next year’s European Championship finals over the recent international break with emphatic wins over Montenegro and Kosovo.

Gareth Southgate's side won seven of the possible eight group fixtures on offer, scoring 37 goals along the way (the highest of any throughout the qualification process) and conceding on just six occasions.

Seven of these were smashed past Montenegro at Wembley, adding a further four more away to Kosovo. It was not just an all-round success for the Lions; Chelsea's crop of mercurial talent was once again allowed to shine in their national team's colours.

All three points had already been comprehensively been wrapped up against the Montenegrin's by the time Tammy Abraham took to the field during England's 1,0000 match.

Not wanting to miss out on all the spoils, Abraham inscribed his name onto the scoresheet with the six minutes remaining, making it seven for England, their largest home victory since 1987. 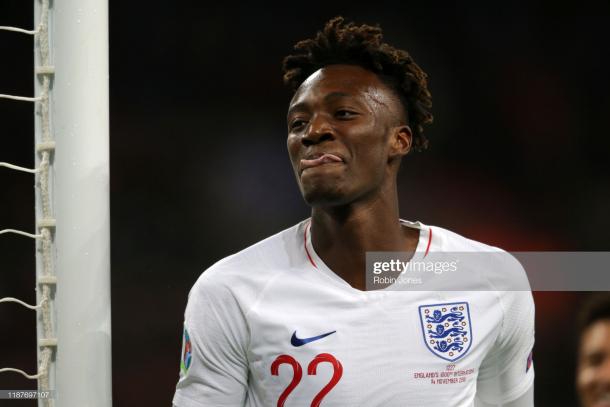 On a more personal note, that was the Chelsea's striker first senior goal for England, capping off a quite remarkable year for the young man. His 26 goals as a loanee helped Aston Villa reach the Championship playoffs and ultimately earn promotion to the Premier League, from where he gained a permanent move back to his boyhood club, Chelsea.

Currently on ten league goals for the campaign, Abraham is only one behind Jamie Vardy in the run for the Golden Boot and there are strong whispers that he can give the man he replaced on Thursday evening, Harry Kane, a run for his money as England's main striker if he continues his scintillating form in front of goal.

Mount-ing a climb to the top

Another Blue's academy product who has excelled in the past 12 months is Mason Mount, who like Abraham, netted his maiden England goal, the fourth against Kosovo in Pristina on Sunday along with starting at home to Montenegro.

From narrowly missing out on a place in the Premier League with Derby County last season to becoming a regular starter and scorer for Chelsea this, Mount is making a name for himself domestically and internationally. 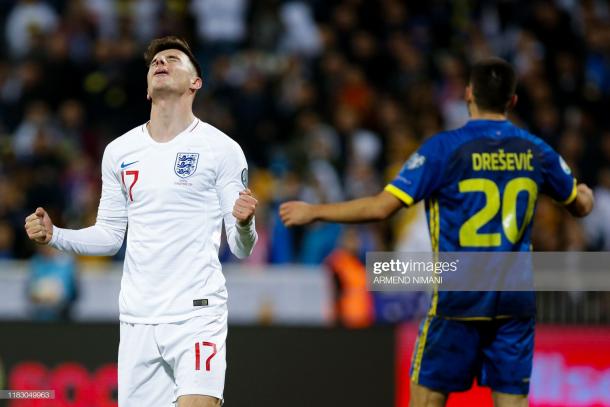 The goal itself was a homage to the four he's already netted in the league and a demonstration of confidence oozing from the 20-year-old; a calm finish with his left foot after collecting a pass inside the opposition penalty area.

Several spots in Southgate's line-up are up for grabs, especially the creative midfield role which England have been crying out for, an area that Mount has been excelling in. His direct competition are two players who have found form in recent months, James Maddison and Alex Oxlade Chamberlain, providing the Lions’ manager with a healthy selection headache.

Time for Tomori to take his chance?

Continuing the conversation of positions under contention, there are none more so than the discussion about who will feature at centre-half.

Harry Maguire appears to be the obvious first choice, but who will partner alongside him is not so clear. Southgate has trialled Tryon Mings, John Stones and Michael Keane but none have provided solid enough evidence to earn their keep. 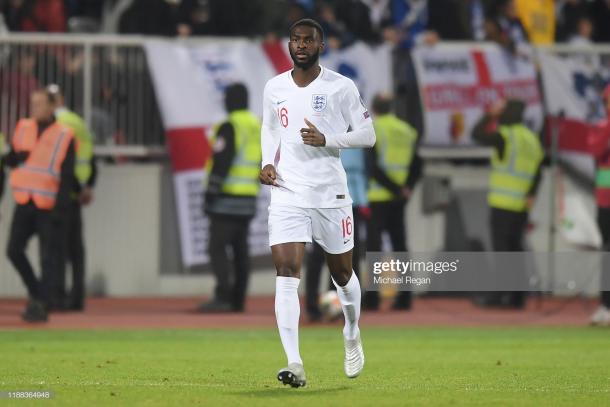 One who has not been deployed at the heart of the backline is Fikayo Tomori, who was handed his senior England debut against Kosovo at right-back instead of his natural role in central-defence.

Tomori has started the last nine games in the league for Chelsea, as well as appearing in all of their Champions League ties, loosing just twice in that period as the defender has gone from strength to strength.

His confidence on the ball is ideal for the possesion based game Southgate has veered towards, as well as owning great speed with and without the ball at his feet. It would be wise to at least trial Tomori alongside Maguire in the March friendlies, specifically if his still triumphant at Chelsea.

Bad omens for Barkley and questions for Hudson-Odoi

It was not all celebration inside the Chelsea camp: Ross Barkley was forced to watch his teammates rejoice from the comfort of his home after being withdraw from the squad through injury.

Barkley had not played in Chelsea's previous six games, the last of which back on the 19th October. His time away with England was meant to get him back on track but unfortunately this failed to surface as his ankle injury returned to ruin his chances.

Southgate his favoured Barkley throughout the qualifiers and the Chelsea midfielder has usually provided the goods, scoring twice in the 6-0 and 5-1 wins over Bulgaria and Montenegro respectively.

Yet, with Harry Winks emerging as a potentially avenue in the midfield, accompanied with the Oxlade-Chamberlains re-arrival, Barkley's once guaranteed start does not seem to cemented anymore.

Callum Hudson-Odoi also began the match against Kosovo but was dragged off within the hour for Marcus Rashford, who himself grabbed a goal. The former has begun life well for Frank Lampard after his ruptured Achilles had kept him out since August, providing four assists in nine games across all competitions. 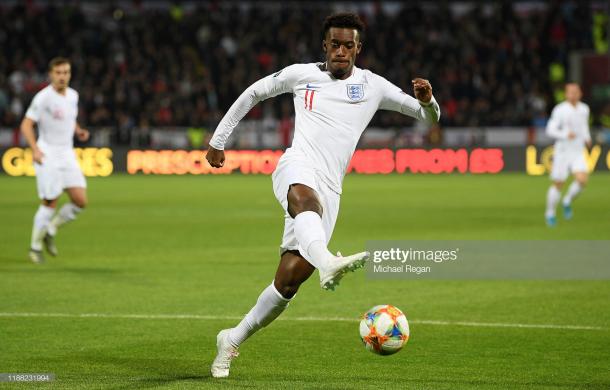 However, he is already down in the pecking order for wide-men behind the likes of Rashford, Raheem Sterling and Jadon Sancho. Hudson-Odoi's only real means of jumping up that list is if one of the others picks up an injury and he didn't present the best version of himself against the Kosovan's, wasteful in possesion and unwilling to attack his opposite number

What Next for Billy Gilmour?2 days ago

Edouard Mendy: His strengths, weaknesses and why Chelsea signed him2 days ago

Chelsea FC: Armando Broja's future at the club3 days ago

We Need to Talk About Callum Hudson-Odoi3 days ago

Thiago Silva's Debut: What to Expect3 days ago

Chelsea vs Barnsley preview: Kick-off time, predicted lineups and ones to watch4 days ago

Kepa Arrizabalaga: Time to lay off the Spaniard5 days ago

Lampard: ‘I’m happier with our loss than win at Brighton’5 days ago