Thanks for following live commentary on VAVEL UK!

I've been Toby Bowles, and I hope you enjoyed following tonight's events in the EFL Championship. Stay tuned for more EFL action.
22:5310 months ago
FT: Parker's side must build on this and look to replicate that intensity when they host Derby on Tuesday. As for Rangers and Warburton, game-management must improve as when your 1-0 up at Craven Cottage, you simply can not afford to be overcommitting players forward as they did. Warburton will always stay true to his front-foot, attacking-minded philosophy but for any manager, there is always room for a bit of pragmatism. QPR were erratic defensively.
22:4610 months ago

FT: Fulham earn local bragging rights courtesy of a Kamara brace in what was a scintillating second-half performance.

QPR have right to feel aggrieved after wasting a number of quality first-half chances, but ultimately they were no match for the home side in the second half who battled valiantly and their quality subsequently shone through.

90: There will be five additional minutes at Craven Cottage as Parker replaces Cavaleiro for McDonald.
22:3210 months ago

Endeavour of Fulham appreciated by fans

86: A gut-busting recovery run and slide tackle by Cavaleiro is applauded by the home fans.  It's been a valiant reaction from Parker's men in this second half.
22:2510 months ago

77: Defender Cyrus Christie comes on for Anthony Knockaert as Parker looks to sure up the defence for the final ten minutes.
22:2110 months ago

Inspired second half performance from the home side

75: Fulham have dominated the second half, playing with an unbearable intensity while Bobby Reid has brought impetus and verve to the midfield. A marvellous, battling second half performance.
22:1310 months ago

67: Knockaert finds himself in an identical position to Kamara, but just can't get enough curl on his shot as it rebounds off the post. Parker's men may well come to rue these missed opportunities.
22:1110 months ago

64: It's Fulham's turn to force QPR into an error with their press, as Lumley clears dreadfully into the path of Johansen, who calmly plays in Kamara to slot his second into the far-fight corner. Clinical finish.
22:0210 months ago
54: Anthony Knockaert swivels and feints to find some space in the QPR penalty area, and then unleashes a low, driven shot to the near post that is matched by Lumley. Fulham building up some momentum.
21:5910 months ago

54: Bobby Decordova-Reid replaces Harrison Reid as an attacking midfielder, still abiding to the 4-3-3.
21:5710 months ago
52:  A flurry of half-chances for QPR in a scrappy section of play in the Fulham penalty area. First have has been low in quality.
21:5110 months ago
46: Some trademark trickery from Eze opens up a pocket of space, but the attacking midfielder's shot is straight down the goalmouth and into the hands of Rodak.
21:4910 months ago
45: Second half begins.
21:4410 months ago
HT: It will be interesting to see QPR's approach in the second half: will they continue with there aggressive press or look to pounce on the counter ?

Whatever happens, goals are guaranteed, as it became increasingly evident in the first half that these two sides simply can not defend. Stay tuned.

HT: The West London derby enters the interval with the scores tied.

With QPR pressing and harrying, the home side suffered an error-ridden beginning to the match, gifting Rangers with a number of quality chances and an early goal for Hugill.

In truth, though, Warburton's side haven't exactly been defensively solid either, also conceding some high-quality opportunities that included Ivan Cavaleiro striking the woodwork and, obviously, Kamara's goal. An enthralling first half for the neutral.

21:3210 months ago
43: Hugill manages to wrestle his way beyond Mawson and get a toe onto Manning's powerfully whipped cross but Rodak is equal to the task, showing fantastic reactions to avert the danger with his feet.
21:2110 months ago

33: An exquisite chest control from Cairney mystifies two Rangers defenders, with the Englishman then able to slip in Cavaleiro who fires against the post. What. A. Match.
21:1810 months ago
29: Manning slices through the Fulham defence with an incisive, bending through ball into the path of Nahki Wells, who finds himself through on goal but fails to place it either side of Rodak. A fiery, end-to-end game here at Craven Cottage.
21:1510 months ago

27: Denis Odoi does fantastically on the right-flank to spin past Manning and deliver a pinpoint cross into Kamara, who directs the header into the far-left corner.
21:1010 months ago
22: Fulham settling down now after a dreadful first 20. QPR will most likely look to sit deep and play on the counter now, so - once again - it's a case of whether Fulham can break the low block down.
21:0410 months ago

16: Eze slips Kane in down the right-flank, who fires another dangerous ball in front of the defence. Ream - the Fulham defender - manages to get a leg to it, but hits his own post. Scare for Fulham.
21:0010 months ago
12: QPR are deploying an extremely aggressive press, preventing Fulham from playing out from the back and forcing them into errors. An unexpected approach from Rangers
20:5610 months ago

8: And they almost had another ! Nahki Wells' strike is parried meekly by Rodak into the path of Kane, but the right-back has little time to react and skews high and wide. Calamitous start for Fulham.
20:5410 months ago

3: Hugill sends the travelling QPR fans into raptures with a goal after only three minutes! Todd Kane drove down the byline excellently, fizzing a rasping ball across the face of the ball that eventually ricocheted to Hugill to fire into an empty net.
20:4710 months ago

Five minutes until the latest instalment of the West London derby commences !

The fans are seeping into Craven Cottage on a bitterly-cold night in West London.
20:3610 months ago

In an interview with Sky Sports, he said: "Bottom beats top and nobody bats an eyelid : that is the nature of the Championship and is why it's such a wonderful division."

He continued: "If you're slightly below your best you can get hurt, but if you prepare well and work well you can go and surprise other people."

Parker insists his team can cope with absence of Mitrović

He told Sky Sports : "Obviously Mitro was on fire but it presents [his suspension] an opportunity for someone else tonight to fill those boots."

"Obviously Mitro will be a big loss but in saying that I'm fully confident with what we've gone with and what we can do."

QPR: Also two changes for QPR as Tony Leistner replaces the suspended Geoff Cameron and Jordan Hugill comes in for Ilias Chair in a like-for-like switch up front.

Team news and manager interviews will be arriving shortly ! Stay tuned !
21:0810 months ago

Only five times this season have Fulham amassed less than 65% possession in a match : the sort of figures Pep Guardiola's Manchester City post in the Premier League.

The difference, however, is the effectiveness and incisiveness of that possession. Too often this season have teams deployed a low block right in front of the Hammersmith End, and Fulham have laboured and laboured in vain, simply unable to forge an opening.

It's certainly not a creativity issue: the likes of Tom Cairney, Ivan Cavaliero and Anthony Knockaert are some of the most technically gifted players in the league. A lot of the issue, in fact, lies out wide.

Parker plays with inverted wingers (left-footed Knockaert on the right, right-footed Cavaliero on the left). It allows the pair to cut inside onto their stronger foot. However, when teams are putting ten men behind the ball and forming a low block, the middle of the park can become very congested - especially on a small pitch like the one at Craven Cottage. The idea is that the bombarding full-backs can offer the width going forward, but ultimately the full-backs haven't performed the task well enough and have found it difficult when teams double up out wide.

Reverting the wingers back to their natural wings would provide better width and balance, and would also supply Aleksandar Mitrović with more crosses : an alternative way for Fulham to score goals rather than trying to pass their way through every time.

QPR - like every other side at Craven Cottage - will most likely look to frustrate Fulham and then release Hugill and Wells on the counter. In order to minimise the vulnerability on the break, perhaps Parker should order that his full-backs don't commit themselves too far forward, as this attacking approach is having little effect anyway due to the tight confines of the pitch.

Warburton's side, though, aren't incredibly strong at the back and have struggled against the better sides this season. Fulham's quality should pull them through whichever way Parker chooses to set up.

19:3610 months ago
QPR fans, however, can be pleasantly surprised with how their campaign has unfolded despite a recent drop-off that has seen pick up only two points from their last four matches. Mark Warburton - after an unsuccessful spell at Nottingham Forest - has done fantastically to propel a squad that finished 19th last season into the top ten, especially considering the departure of key-players Darnell Furlong and Luke Freeman in the summer.

Jordan Hugill and Nahki Wells are bouncing off each other with great chemistry up front, while 21-year-old Eberechi Eze has lit up the Championship this season with his flair and audacity. The attacking midfielder has been arguably the best player in the league this season, but in order to take his game to another level, must start to perform in the 'big' matches.

It is something that can be said across the board at QPR, a club that - without doubt - have been flat-track bullies this year, not acquiring a single point against a side above them in the table.

Scott Parker's side head into the clash three places above their West London rivals, yet with a markedly worse atmosphere enveloping the club after their underwhelming return to the Championship. 7th place after 16 games is no tragedy, but with an obscenely talented roster for Championship level, many feel as though they should be steamrollering the division.

Last time out, Hull City breezed past Fulham in a dismal 3-0 loss at Craven Cottage. The home fans will want a reaction tomorrow.

Hello and welcome to VAVEL UK’s live minute-by-minute commentary of Fulham vs Queens Park Rangers with me, Toby Bowles. Friday’s fixture kicks off at 7:45 PM GMT but until then, I’ll be bringing you plenty of pre-match build-up and analysis. Make sure you stay following.
MEDIA: 5VOTES: 5 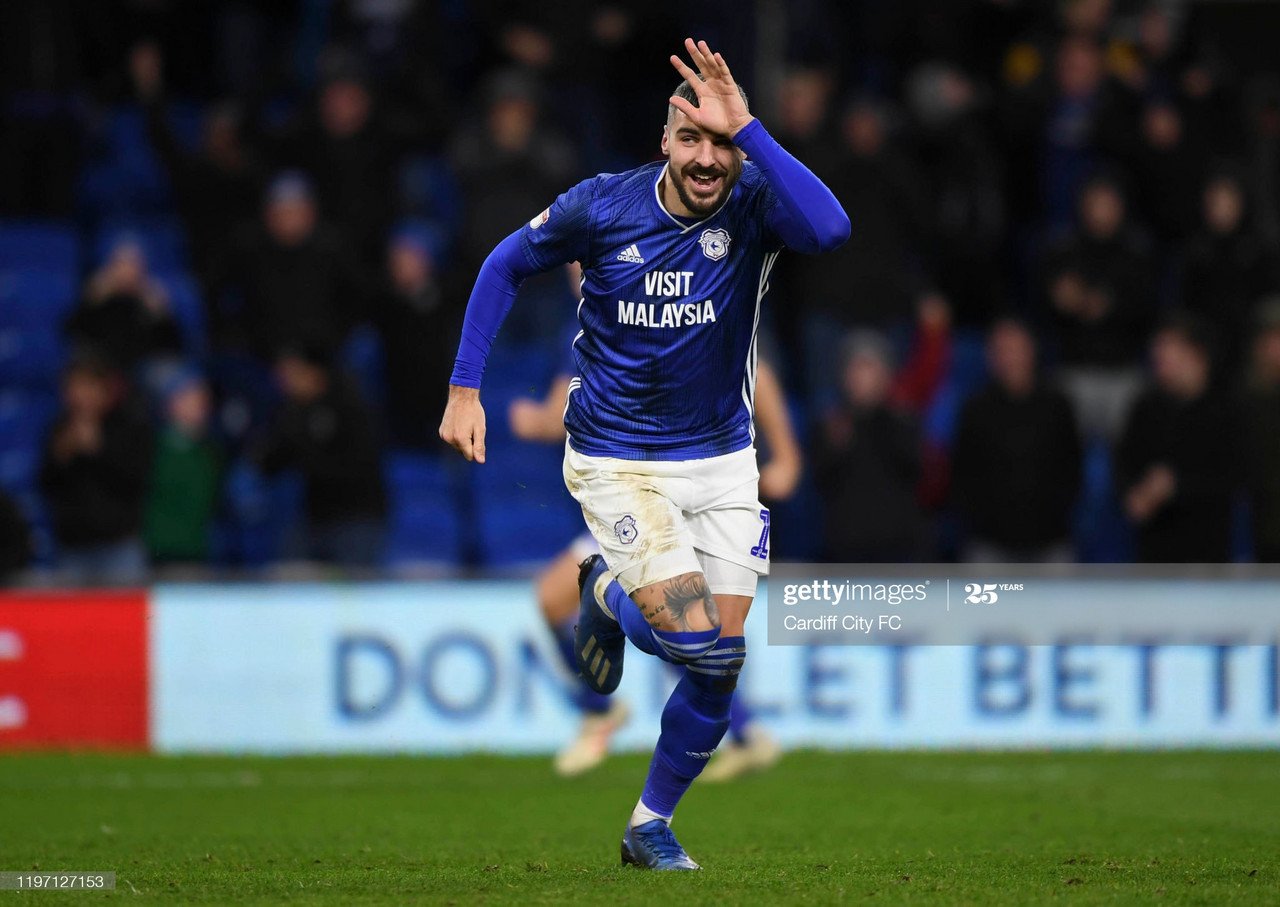