Jurgen Klopp offered an injury update on Mohamed Salah, who was only deemed fit enough to feature on the bench in Liverpool’s 2-1 win against Crystal Palace.

The Egyptian has been suffering with an ankle injury for the past six weeks after being caught late by Leicester City’s Hamza Choudhury and was recently withdrawn from international duty as a precaution.

Salah was replaced by Alex Oxlade-Chamberlain in the starting line-up at Selhurst Park after taking part in full first-team training for the first time on Friday and remained on the bench for the entire game, having been stood down after Roberto Firmino’s 85th minute winner put Liverpool back in the ascendency.

“Mo is all good,” said Klopp in his post-match press conference. “He couldn’t train for nine days. He trained 60, 70 percent, then yesterday (Friday) was the first-time 100 percent. So we had to make a decision whether to start him or not.”

“We wanted to bring him on, but then we scored, so we could rest him, that’s really good.”

Egyptian to return ahead of Napoli showdown

Being able to rest the No.11 will have come as a huge boost, allowing extra time for recuperation ahead of another important European showdown, with a win in midweek enough to confirm qualification into the knockout stages.

Indeed, despite missing out at the weekend, Klopp revealed that he expects to have his star man available to feature in the Champions League clash with Napoli on Wednesday night.

“Wednesday he will be back.”

Should Liverpool be victorious, it would enable them to rest key players for their final group game away to Salzburg in December ahead of a hectic fixture list – a potentially decisive factor in the title race.

The Warm Down: Dominant Liverpool dismantle Arsenal in 3-1 Anfield win18 hours ago 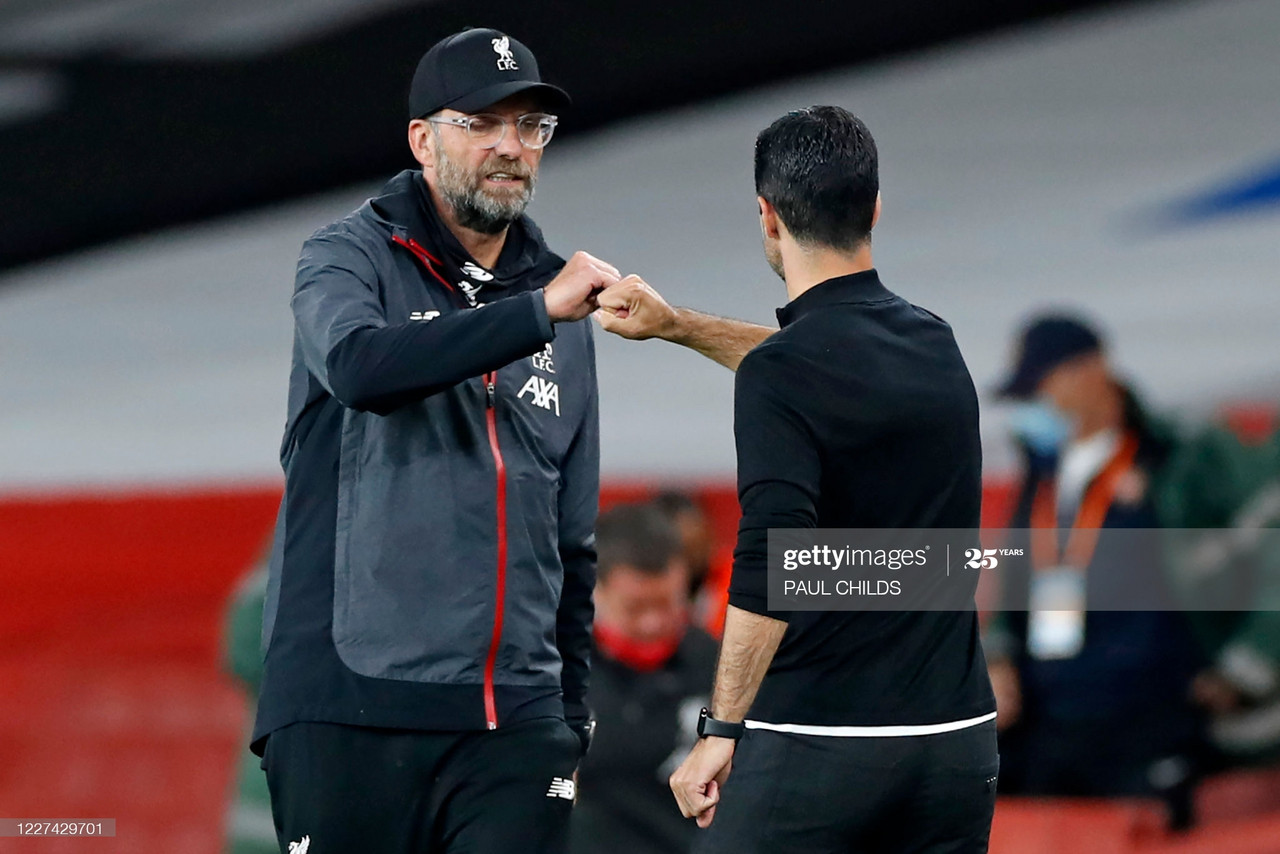 On this day 10 years ago: Liverpool lose to Northampton Town8 days ago

At last, the Thiago deal is done. But what changed this week?12 days ago