Southampton overcame a goal deficit to record their first home win since April and beat Watford 2-1 at St Mary’s thanks to a missed handball and an exquisite free-kick from James Ward-Prowse.

Watford started the game with Ismaïla Sarr accompanying Gerard Deulofeu up-front, whilst Adam Masina made his third start of the season in defence, joining Adrian Mariappa and Craig Cathcart.

There was no starting spot for Troy Deeney or Roberto Pereyra, who were resigned to the bench as Watford went in search of the first back-to-back away win for the first time in two years.

As has become the trend in recent weeks, Watford started the stronger.

After only 2 minutes, Flores would have felt his side should be leading after Sarr capitalised on a mistake by Saints Captain, Pierre-Emile Højbjerg. A loose pass found Sarr 20 yards out from goal and under little pressure, but he was only able the find the arms of a grateful Alex McCarthy in the Southampton goal.

Højbjerg sought redemption as he fired over from 20 yards only a minute later but it was Watford who took the lead in the 24th minute thanks to the first Premier league goal from their cool, calm and electric Senegalese striker, Sarr, making only his second league start since signing for over £35 million from Rennes in the summer.

Watford had a throw-in halfway inside their own half as Etienne Capoue hooked the ball forward 40 yards over the Saints defence. Sarr skipped passed Jack Stephens as he carried the ball 20 yards, bearing down on McCarthy. Sarr needed only one touch in the box before he sent the ball over the Saints goalkeeper and into the far corner of the net to give the Premier league’s bottom club a 1-0 lead.

Watford had two further chances before the half’s close to build on their lead but Southampton had their England international goalkeeper to thank for keeping them in touching distance of their visitors.

On the half-hour mark, Jose Holebas found Sarr in the Saints box from a free-kick. Taking it on the volley first time, McCarthy had to tip Sarr’s fizzing effort inches wide.

Two minutes later, McCarthy was called upon again. Will Hughes played the ball through the Saints defence to an onrushing Gerard Deulofeu. Deulofeu was drawn wider than he would have wished following a wayward first touch, but looked to have delivered a cross to his Senegalese attacking counterpart on a plate. Unfortunately for both concerned, McCarthy was out quickly to again tip the ball wide for a corner.

Saints had their own chances through Nathan Redmond, Ryan Bertrand and James Ward-Prowse but Watford were more than worth their lead at half-time.

Watford’s dominance in the first half continued in the second as Sarr went close again from 25 yards in the 53rd minute. But that was all Watford fans had to be excited about as they saw their side capitulate once again, only 7 days after watching Burnley score 3 second half goals at Vicarage Road.

Southampton began their fightback in the 57th with the introduction of a Sofiane Boufal and Shane Long. However, it was Moussa Djenepo who made the all important difference as he turned provided for Danny Ings to equalise in the 78th minute.

On the right hand side of Watford’s box, Djenepo twist and turned passed Holebas, however replays showed it involved a significant hand-ball as Djenepo played the ball into Ings, who fired home from 1 yard.

Unfortunately for Watford, not for the first time this season, Michael Oliver, the referee missed it, as did the VAR.

Southampton found themselves ahead only 5 minutes later as a foul by Capoue allowed Ward-Prowse to secure the all important 3 points for the Saints from 20 yards, striking expertly into the top-left corner, passed a helpless Ben Foster.

Watford went in search of an equaliser as Andre Gray went close but the Hornets’ fate had already been sealed, leaving Southampton with their first home win since April and Watford with only 1 league win in 18 games.

Watford’s Senegalese striker offered an attacking threat not otherwise available to Flores: speed, and for the first 50 minutes, Watford utilised it in abundance.

Capoue, Abdoulaye Doucoure and Deulofeu all looked to play the ball early through to Sarr as Watford exploited Stephens and Jan Bednarek comparative lack of speed on the counter-attack.

Sarr went close on four occasions, hanging on the shoulder of Stephens and generally causing a nuisance with both his physicality and pace.

If it wasn’t for McCarthy, Sarr would have taken the game out of Southampton’s sight before half-time as Watford’s 21-year old terrorised the Saints defence.

Sarr provided Watford fans with fleetingly touches of joy on an otherwise despairing evening on the south coast.

Without Daryl Janmaat, Craig Dawson, Sebastian Prödl, Christian Kabasele and no other recognised centre-back available to Flores, Watford were left with a back-three of Masina, Mariappa and Cathcart.

For almost 80 minutes, the defence was assured in its role and, albeit for glimpses of panic at the back, the makeshift back-three were sources of pride for the Watford faithful.

However, a handball and a needless foul were enough to undo all the good work Watford had done defensively prior to Southampton’s equaliser.

Sarr showed Flores what he and Watford had been so badly missing this season in an attacking performance of substance and style. However, it has to be said that Watford fans will be left wondering how they only scored once tonight against a side without a clean sheet in 12 months.

Southampton were winless in eight coming into this game and without a home win since defeating Wolves in April of this year. All it took was a Watford side having scored only 9 this season and having conceded 2 goals per game to give them a fighting chance on survival.

Watford, on the other hand, now look destined for the Championship.

Only two teams in 27 years have survived with 8 points or less after 14 games.

Ralph Hassenhuttl reflects on "deserved win" at Burnley5 hours ago

As it happened: West Ham United 4-0 Wolverhampton Wanderers in the Premier League5 hours ago 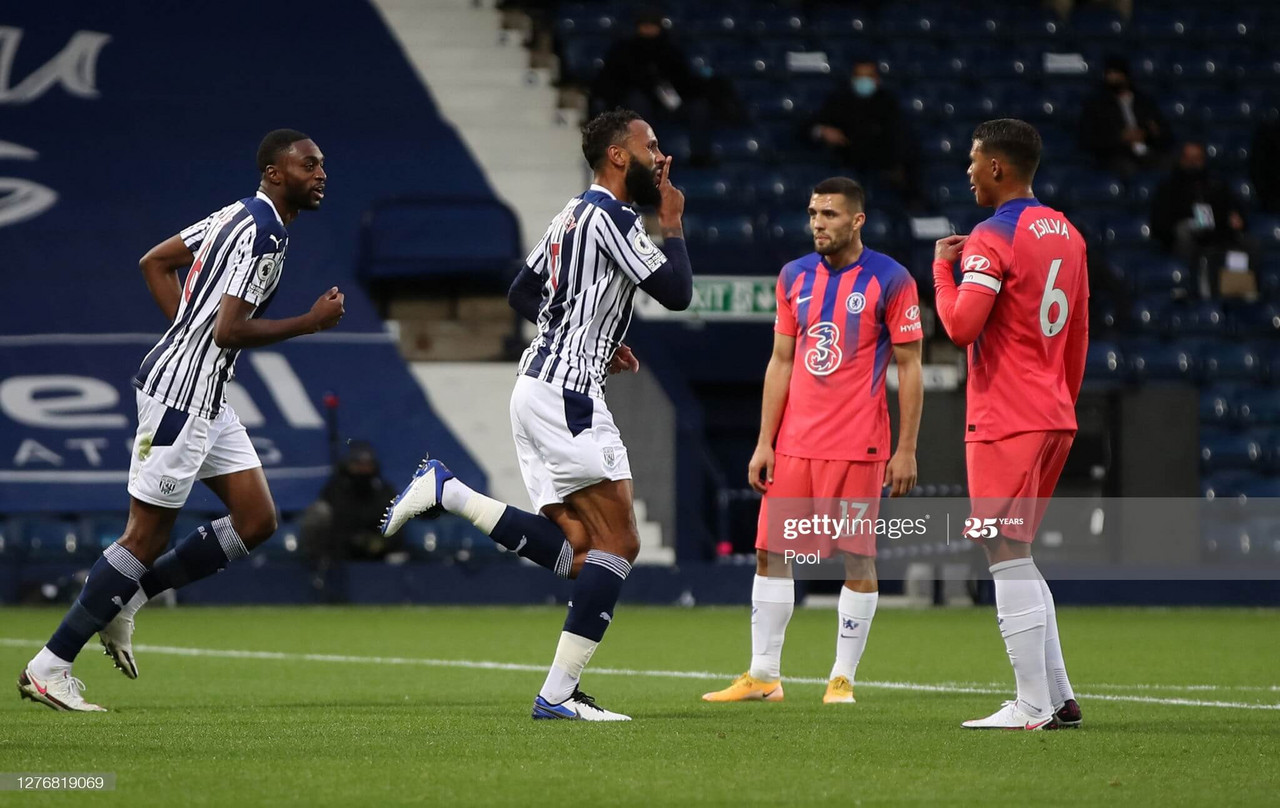 The Warm Down: Chelsea fightback from three goals down to earn point at West Brom3 hours ago
Restore your password
Please enter your user name or email.
Login Member or Writer Panel
Enjoy your own Customized Newspaperwith VAVEL topics' carousels!