Preston North End will pit their wits against high-flying West Bromwich Albion tomorrow night under the Deepdale lights, in what is undoubtedly the thigh-rubber of the Sky Bet Championship weekend. Slaven Bilić's side head into the fixture in blistering form, unbeaten since early October and with four wins from their last four matches. Three points would see them reclaim top spot.

Meanwhile, Preston's electric start to the season has suffered a minor stutter, as Alex Neil's men look to bounce back from consecutive away defeats that included a 4-0 thrashing at the hands of Hull City last time out. All is not lost though as the Lilywhites still remain in sixth place, with the opportunity to move into fourth should they outdo the Baggies in front of the home fans tomorrow.

Star centre-back Ben Davies, right-back Darnell Fisher and Republic of Ireland international Alan Browne are doubts for Monday's top six clash, with all three of them having been unavailable through injury for Wednesday's heavy defeat to Hull. Louis Moult is also  sidelined with a long-term ACL injury.

West Brom have no real injury concerns, so will head into the match with a fully-fit squad.

Matheus Pereira will make his permanent move to West Brom for £8.25 million next summer. A substantial amount of money,  yet game-by-game, the deal is becoming more and more of a bargain.

Pereira has mesmerised the Championship this season, notching seven assists - the most in the division - and four goals too, including some stunning strikes. "Literally your worst nightmare to play against," eulogised Keiran Gibbs in an interview with the West Brom website.

The Brazilian magician has been integral to West Brom's offensive play, receiving the ball in the little pockets of space in between the lines and laying it off to his teammates. If Preston have ambitions to halt the West Brom bandwagon, they are going to have to find a way to nullify Pereira. 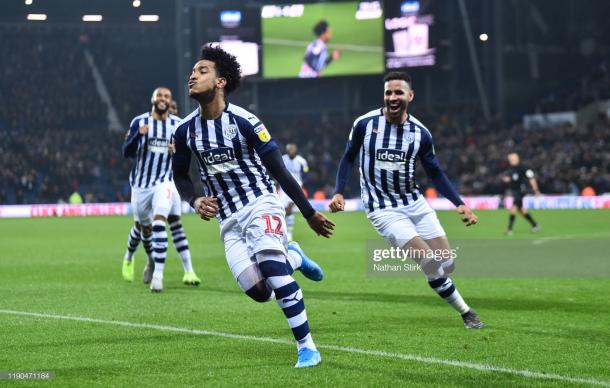 The two holding midfielders, Ben Pearson and Paul Gallagher will be key to this. Pearson and Gallagher are two wily operators, excellent at breaking up play and minimising space in front of the back four and in between the lines. Pearson, in particular, is renowned for his tenacity, a valuable trait for Monday as he and Gallagher are going to have to get tight and physical with Pereira to muscle him out of the game.

They will have to be at maximum concentration levels, however, as Pereira, with his deft, unpredictable movements and knack for exploiting space, is certainly no easy player to mark.

Bakhuizen and Stockley could trouble Baggies on the counter

Ravaged by injuries and facing one of the top two teams in the division, the odds are stacked against Preston. West Brom are not invincible, however, and an area the Lilywhites can exploit is down the flanks, particularly on turnovers.

West Brom are a typical modern footballing side in that they enjoy lots of possession, and when doing so, commit their full-backs high up the pitch to join in with the attack. In doing so, the Baggies neglect lots of space down the flanks, which - should they move the ball forward quickly and directly - Preston could counter-attack into.

Tom Barkhuizen, with his pace and direct running, could be lethal for Preston, darting into the gaping spaces alongside the two centre-halfs. And, perhaps, a return to the starting XI for Jayden Stockley is due, as his large frame and hold-up play would be ideal if Preston were to go direct and let Barkhuizen loose.

With an abundance of key players absent for tomorrow's vital clash through injury, it would be easy for Neil to loose his cool and panic.

He remains rational about the situation, however, and while maintaining a degree of frustration, has urged his squad to "just deal with it" . In an interview with the Preston website, he said:

”I think if you look at the season so far, we've coped with injuries well."

"I think the squad has been resilient. But when you start losing players like Darnell Fisher and Alan Browne who would have probably filled in for him [at right-back], it becomes really difficult."

He continued: "But listen, we just need to deal with it. It is what it is, we aren't going to start feeling sorry for ourselves. Hopefully we can bounce back."

One thing Preston have on their side, however, is home form. They remain unbeaten at Deepdale, amassing seven wins and two draws. It is something Bilic is certainly wary of. He told the West Brom website: "They have maybe the best home record. Seven wins and two draws, I think that's the best. We don't have it at home, and we are good at home.” 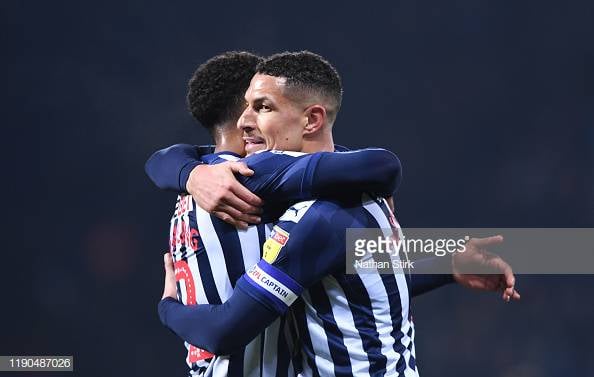 "So they are a good team. They score a lot of goals. Their last two results have not been good but, especially at home, they are very, very good."

He added: "We have to do everything we can to not lose this momentum that we have at the moment because we've worked really hard for it, and now we want to keep it for forever or as long as possible."

Is it the end of the line for Nottingham Forest's Lamouchi after final gamble?15 hours ago

Barnsley 0-0 Coventry City: Lack of creativity from both sides leads to stalematea day ago

Bristol City vs Sheffield Wednesday: How to watch, kick-off time, predicted lineups and ones to watch2 days ago

The Warmdown: How Corberan's stamp earned Huddersfield's first victory of the season2 days ago

Bournemouth vs Norwich City preview: How to watch, kick-off time, predicted line-ups and ones to watch2 days ago

Barnsley vs Coventry preview: How to watch, kick off time, team news, predicted lineups and ones to watch2 days ago
Restore your password
Please enter your user name or email.
Login Member or Writer Panel
Enjoy your own Customized Newspaperwith VAVEL topics' carousels!