Chris Basham has said Sheffield United are a "tight knit group" after a very impressive return to the Premier League so far.

The Blades currently sit in eighth place after fourteen games and are unbeaten away from home.

Last time out Sheffield United got a point at Molineux against a strong Wolves team whilst Newcastle earned a point at home to the Champions Manchester City thanks to a late stunner by Jonjo Shelvey.

Defender Chris Basham was signed by Nigel Clough in 2014 and was part of the Nigel Adkins team which finished eleventh in League  One, the lowest finish for the Blades since 1983.

Since Chris Wilder took over in 2016 however Basham has made the step from League One to the Championship and now to the Premier League and made it look easy.

The defender told the clubs media: "The dreams come true, playing in the Premier League, week in week out. The boys are full of confidence, there's an excitement around the place.

"We fancy we can, especially at Bramall Lane, pick up wins

"I think keeping up that form away from home, we're undefeated. It proves we have a tight knit group and everyone's willing and fighting for each other."

Fourteenth place Newcastle United are led by Steve Bruce travel down to South Yorkshire on Thursday; Basham who grew up as a Sunderland fan is adamant it's just another game for him.

Basham spent his youth career at Newcastle however after leaving at the age of sixteen he worked at McDonald's for two years before getting back into Football with Bolton Wanderer's in 2006.

“It’s just another game for me. I’m just looking forward to it.

Everyone’s raring to go and can’t wait to get out at Bramall Lane tomorrow night."

The Warmdown: A Tale of Two Blues13 hours ago

Manchester City vs Crystal Palace Preview: How to watch, kick-off time, team news, predicted lineups and ones to watch12 hours ago 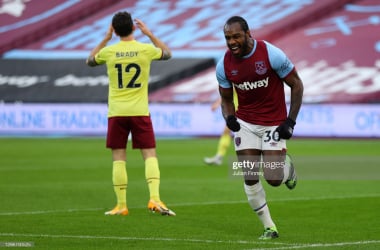 Leeds United vs Brighton and HA Preview: Form guide, team news, manager thoughts, who and how to watcha day ago

Sheffield United vs Tottenham Hotspur Preview: Team News, Predicted Line-ups and How to Watch16 hours ago

Leicester City vs Southampton: Where could the game be won or lost?2 days ago
Restore your password
Please enter your user name or email.
Login Member or Writer Panel
Enjoy your own Customized Newspaperwith VAVEL topics' carousels!