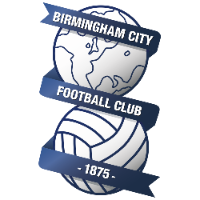 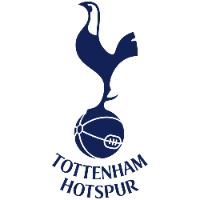 Heartbreak for Birmingham as they concede deep into the second-half, after going ahead on 23 minutes.

A resilient defensive display  from the hosts was undone, but it ends square in the Midlands.

Good point for the Blues as they move further ahead of Liverpool at the bottom of the WSL.

63’ Some scrappy play in the box nearly sees Spurs get their equaliser! A let off for Birmingham as Hampton denies a certain goal.
21:5610 months ago
60’ Spurs with a free kick in a dangerous area but it’s easily cleared by the hosts.
21:5310 months ago
58’ Change for Spurs as Davison makes way for Quinn.
21:5010 months ago
54’ Staniforth has a go from distance but it’s wide.
21:4910 months ago

53’ Spurs struggling to break Birmingham down. Things not quite coming off in the final third for the visitors. The blues still leading 1-0.
21:4110 months ago

The hosts kick the second half off.

Can they hold onto their lead?

A bright start for Spurs was cut short by a Birmingham opener on 22 minutes. The hosts grew into the game and Grants shot chipped over the Tottenham keeper to give them an early lead. Dean came close on the brink of half-time for the visitors as she spotted Hampton off her line, but it just went wide.
21:1010 months ago
34’ Spurs with a free-kick now just outside the penalty area. It’s high and wide, the visitors unable to capitalise on a decent opportunity to draw level before half-time.
21:0610 months ago
30’ Free-kick for Birmingham in a dangerous area. Holloway has a go but it’s tipped over the bar by Spencer. Blues corner.
21:0010 months ago

22’ The hosts take the lead!! Abbi Grant puts the hosts ahead! Staniforth sets it up with a fantastic ball.
20:5710 months ago
21’ Good play from Neville sees her find Graham in the box. Hampton saves comfortably.

20:5210 months ago
16’ City growing into the game. Staniforth drew a save from Spencer only minutes ago and now Williams has had a go from distance. Over the bar.
20:4610 months ago
11’ Good build up from Neville down the left for Spurs as she crosses into the box. The eventual shot is cut out for a corner. All Tottenham so far.
20:4510 months ago
10’ Spurs with the better chances in the opening 10 minutes but no breakthrough so far. Ayane hitting the crossbar the closest to an opener.
20:3910 months ago

3’ The visitors have a number of chances in quick succession but the Birmingham defence hold out. The attack ends with the ball flying just over the crossbar.
20:3710 months ago

Spurs get us underway in Birmingham!
20:3210 months ago

The teams are out!!

Not long to go until the action gets underway in the Midlands!
20:0110 months ago

14:0510 months ago
Do not miss a detail of the match with live updates and commentary right here on VAVEL!

We'll be back closer to kick-off.

Players to look out for:

For the hosts, Lucy Staniforth is a key figure in the squad and an England international.

The 27-year-old scored the team's last league goal in the 83rd minute of their 2-0 home win over Liverpool back in October. The midfielder will be looking to be equally as influential tonight.

For Tottenham, Kit Graham is pivotal to their game.

The forward has created 12 chances in open play in the WSL this season, with only Chelsea’s Ji So-Yun (13) and Manchester City duo Tessa Wullaert (16) and Janine Beckie (13) creating more.

What the co-bosses at Spurs had to say...

Karen Hills remains confident in her team and their ability, backing them to come through unscathed tonight.

She said:  “We want to make sure that we go out there and compete in every game and our meeting with Birmingham is no different. As long as we stick to the game plan and the players go out there and do their best, for me it’s a game that we are more than capable of winning."

"It’s always about the next game," co-head coach Juan Amoros added. "And yes we’ve lost the last two league games but that’s part of the game and we’re experienced enough to know that, and we’ll go again and I’m sure we can expect something better tomorrow night.”

What the Blues' boss had to say...

Marta Tejedor outlined the importance of the upcoming week for the club, as they also face Bristol City on Sunday.

She said: "This week can make a big difference. If it is perfect and we get every point we are playing for, it will put us in a much better situation in the table. If it doesn't work, then it will hurt us a lot.

"We will continue to work harder and we also depend a lot on the recovery of our players. Especially when they are experienced, top level players.

"But this is what is before us and we have to give all we can to make our position in the league better."

The Blues are set to have their big hitters, such as Lucy Staniforth, return to the squad ahead of this fixture, as the club have dealt with injury and illness issues in recent weeks.
13:4410 months ago

These two sides are yet to face each other in a competitive fixture.

As this is Spurs' first season in the top flight following an impressive campaign last term that saw them promoted - Birmingham City and Tottenham will meet for the first time on Wednesday night.

Tottenham good on the road

One thing Spurs can be confident about heading into the game is their away record so far this term.

Two of their three victories have come away from home, beating West Ham and Bristol City earlier in the season.

Tottenham may not be competing at the top end of the table, but in and around seventh is positive for a club enjoying their first season in the top flight.

A mixed-bag of results, not least a disappointing 3-1 defeat to Everton last time out.

But, Karen Hills and Juan Amoros will be looking for their side to bounce back when they take on Birmingham City tonight.

The midlands club aren't quite bottom of the league, but it has been a disappointing campaign so far.

They've lost five of their league games so far and have accumulated just three points as they prepare to battle it out for safety this season.

Although, they did emerge unlikely winners against Liverpool in October when their 2-0 win took them above the Merseyside club - a huge result in the relegation scrap.

13:2510 months ago
Spurs are only three places ahead of tonight's opponents in the WSL table, with the London club occupying seventh and City in tenth.

Although, Tottenham are six points clear and will be looking to extend that lead when they travel to Birmingham this evening.

When & How to Watch

Birmingham City vs Tottenham Hotspur is set to take place at Damson Park on Wednesday December 4 and is scheduled to kick off at 19:30 GMT.

You can follow the action right here on VAVEL or the game will be streamed live on the FA Player.

My name is Hannah Pinnock and I'll be taking you through the action as it happens. Kick off at 19:30 GMT.