Although never historically a must-watch spectacle, the neutral would be forgiven for their disappointment over a goalless draw in the South Wales derby this afternoon between Cardiff City and Swansea City.

Swansea's opportunity to write their name in the history books as the first team to complete the double ( win the derby at home and away in one season) dominated the pre-match talk, though through a combination of some dogged Cardiff defending and a lack of incision in the final third it wouldn't come into fruition.

The point leaves the Swans in 7th, with only goal difference separating the, from the playoffs. Cardiff, meanwhile, move up to 12th.

Feeding into the buzz and roar of the crowd, the Bluebirds began the game at an electrical intensity, rattling the visitors with their physicality and aerial bombardment.

Indeed, Cardiff's early chances came unsurprisngly via set-pieces and crosses, with Josh Glatzel and Curtis Nelson both forcing Freddie Woodman into early action. The Swans had no answer.

Steve Cooper would have undoubtedly pinpointed aerial service as Cardiff's biggest threat, but to identify something and to limit its effect are two entirely different propositions.

The Swans would eventually settle, forging a number of openings prior to the interval. Their best chance came on 28 minutes when Lee Tomlin, who was kept largely at bay, gifted possession to George Byers. Byers drove into the heart of the Cardiff defence, slipping in Bersant Celina to his left, who cut inside and whipped his effort onto the post. 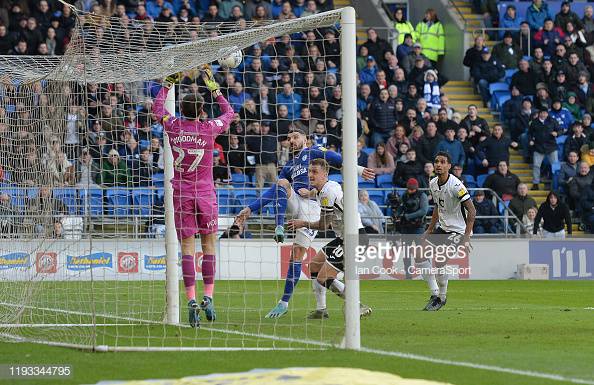 After a number of overly-zealous challenges, tensions would inevitably boil over when Glatzel squared up to Ben Cabango around the half hour mark. The confrontation lead to to a mass brawl between the two sides, with both Cabango and Glatzel eventually receiving yellow cards.

The first-half had everything but a goal: confrontation, passion, intensity. The next forty-five minutes was poised for someone to make the decisive breakthrough, but instead it fizzled out into somewhat of a damp squib.

Neither side were able to take the game by the scruff of the neck, with Swansea edging the possession stats but lacking quality in the final third. The best chance of the second half would fall to the home side, when Josh Murphy floated a cross to the far-post for Callum Paterson to head against the bar.

It was heads in hands for the home fans ; their chance to clinch the South Wales derby had gone begging.

Brewster kept quiet on his debut

Isolated amongst the height and physicality of Sean Morrison and Curtis Nelson, Rhian Brewster would certainly have hoped for a more impactful debut. 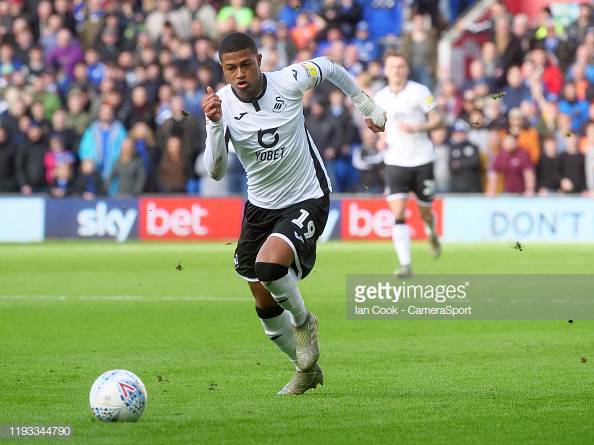 The 19-year-old’s arrival on loan from Liverpool was met with great expectation from the Swansea faithful, and - while not exactly doing too much wrong - his contributions were few and far between today, predominantly due to a lack of service to his feet.

To step into a game of such magnitude was always going to be challenging for Brewster having only joined the club five days ago. Nevertheless, the young striker showed promise in spurts with a few neat touches here and there and will be given plenty of time to fulfil his potential in a Swansea shirt.

Cabango and Wilmot not phased by physicality of Cardiff

Cabango and Ben Wilmot, at 19 and 20 years of age respectively, can take great pride from an assured defensive performance in the South Wales derby this afternoon.

Despite a challenging opening fifteen minutes, they stood up valiantly to the aerial and physical threat of Cardiff, dispelling the idea that the Bluebirds' direct style of play would overwhelm such inexperienced operators. 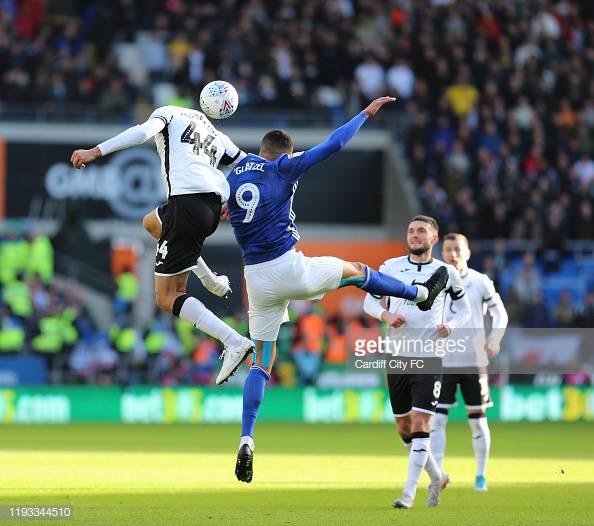 Winning their individual battles and organising what has been a leaky Swansea defence at times this season, the pair will hope that clean sheets like the one today will become a more regular commodity should they replicate this calibre of performance.