The 18/19 campaign was one that brought along change to the women’s football pyramid across England, with the top flight becoming fully professional. This change was enough to force Sunderland Ladies’ existence down to one in the FA Women’s National League, the men’s side’s drop down to League One taking financial priority in the board’s eyes, causing the team from the Wearside to be replaced by West Ham United for the inaugural professional WSL.

West Ham’s season was one that was well documented, not only due to the presence of the BBC’s cameras for their show Britain’s Youngest Football Boss, and yes, Jack Sullivan was appointed managing director at the mere age of eighteen. It was a move that was criticised by many in the women’s football community, with fans feeling that it made out that West Ham as an establishment did seem to care about their women’s side, but a very different scene was soon painted.

The 18/19 campaign saw the side finish seventh out of eleven in their first season in the Women’s Super League. However, history was made in the FA Cup where the Irons reached the final of the competition at Wembley Stadium. Although West Ham fell on the day to Manchester City, it proved a statement of intent for their position as a strong women’s football club with a history under its current ownership that was incredibly thin. 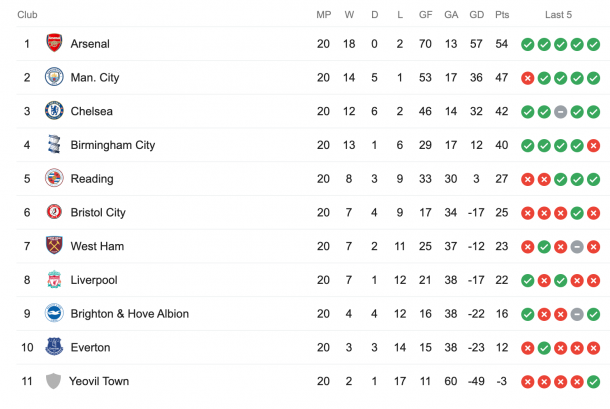 From a financial standpoint, West Ham’s 18/19 season had set them up in a position where they were one of the email notifications from companies house to watch out for in your inbox. On the 10th of February, they became the first club to file their accounts, giving the first glimpse into the finances of a professional women’s football club in England.

As to not neglect the club’s rich history, all data used here purely relates to the company ‘West Ham United Women’s Football Club Limited’ which was incorporated in November of 2017. The women’s football establishment related to West Ham dates back much further than this, to 1990 in fact, and the history of the club can be found in the irons’ biography on VAVEL.com. It is an interesting story filled with controversy and lessons that all areas of women’s sport should learn from (especially when there have been headlines recently about how the Wales Rugby Union team had no hot water after their Six Nations tie with Ireland), but for this article, the only data being used is that that relates to the club’s current company.

The first club to have filed their records are also now the first club to announce that they have ended the financial year and have not made a loss - the Hammers broke even. Across both the men's and women's games, it is often irregular to see a club which is run sustainably and are not making large losses, and West Ham's season.

The club's revenues for their first campaign in the top flight totalled £1,295,076 - over 3.7 times what they made in the third tier.

West Ham reached the final of the FA Cup which brought in a mere £29,000 in revenue to the club - 2.2% of the overall season's revenue. To put this into perspective, in the men's game, Cray Valley Paper Mills earned £37,875 in their run to the final of the FA Vase with an average home attendance of only 463 and a lower attendance at the final which was played at Wembley in a double-header with the FA Trophy and at a similar price to that of the Women's FA Cup.

A regular message by sceptics who think that the Women's FA Cup does not deserve prize money is that more revenue needs to be brought in to deserve this, however the numbers simply do not reflect that. For the Women's FA Cup to be treated with a lower level than the FA Vase is something that should just not happen. Women's football may lack in domestic attendances, although it is a weird commercial vehicle compared to men's clubs by the fact that large international audiences can be seen for the game due to their presence as part of a larger brand. For example, Arsenal Women totalled up an incredible number of social media engagements of 456,000 during January of 2020

📲⚽ 50 most popular women´s football clubs in the world ranked by total interactions on #twitter during january 2020!!🔁💙💬

Predictions for next year

It will be interesting to see if these numbers stay similar for the current financial year that we are in. West Ham have stuck to their guns in offering the lowest-priced season tickets in the division - £25 for adults and £15 for children working out at just over £2.08 per game as an adult. This methodology looks like something that will be good to raise an initial crowd, and the hammers' attendance statistics so far this season for their games at Rush Green have reflected this; it is a regular occurance to see over 1,000 present at their games.

Sadly, there is no way to see an exact break down of how much of the club's revenue is generated through the sales of season tickets, but it is safe to believe that it could produce a very positive result for the irons if these prices were increased - so it is something that would make sense for the club to do to help raise extra funds and generate more steady revenue.

The hype off of the back of the Lionesses' Women's World Cup campaign has not only brought in increased attendances but also more sponsorships for West Ham, so next year's financial reports should hopefully include a total revenue of a higher level to reflect this.

Overall, West Ham's finances across the 18/19 campaign look very healthy for a club of their level, and will help to provide a good benchmark for comparison when other clubs' reports are filed. It is always a good sign to see a football club at any level being ran in a sustainable manner