Day by day, the United Kingdom is hit with more people testing positive for Coronavirus and, consequently, more people dying. Pubs, restaurants and any place of leisurely activity has been closed. We are living in unprecedented times. It seems crazy that people are talking about finishing the Premier League in the next few months but here we are!

Football is secondary right now. Of course, millions and millions of fans are desperate for their beautiful game to return. All across England, from the Premier League to the grassroots, football is at the heart of this nation. Still, while a quickfire football return might seem like a good idea on the surface, very quickly, everything could unravel.

The fact that football was suspended tells you everything about the severity of this virus. Football is not only huge for the common fan, it is a massive source of income for big businesses like Sky and BT. It is these big businesses that refuse to lose out on income, demanding a solution to their current troubles.

While some sources have suggested that the Premier League are looking to continue the campaign in June, Mail Sport has reported that there is a plan for the current season to resume in May. It is noted that broadcasters have a "watertight" £3-billion-a-year deal that ends at the end of July.

Sky and BT will come under scrutiny for putting finances before health, and rightly so, but it will be interesting just how "watertight" the Premier League want to be with these deals. With the government imposing more socialist economic policies in this time of need, it would make sense for some kind of compromise to be reached. Nonetheless, broadcasters will see this as an opportunity of economic gain as opposed to capitulation.

People that have been cooped up in their homes for a long time may be struggling to cope. The opportunity to be blessed with non-stop football for a month would be a dream come true. Yet, it just doesn't seem right.

A festival of football sounds incredible. A whole month to finish the season with a match being broadcast every day. But it isn't sensible. Football players are people too. It may seem like they live in a bubble but they are not gladiators. Their mental and physical well-being is very important. It's unlikely that they would feel comfortable playing games in the middle of this pandemic.

The Coronavirus could easily spread between games or training sessions; by playing, they could be putting their families at risk. The United Kingdom are playing catch-up with other countries. The Government were late to put these lockdown measures in place so it's unlikely that they will be coming to an end in the not too distant future.

Seeing football played behind closed doors is the real giveaway. This simply isn't right and the only people this is really for is the television broadcasters. It certainly isn't for the fans. Sure, they will lap it up because, by that point, they will have watched every Netflix series at least twice! If it was safe to play sports in the summer then why postpone the European Championships and the Olympics?

Of course, big world sporting events will attract masses from all over the globe. That is the major argument against the events taking place. They could put the event behind closed doors but that wouldn't be a good look. It won't be for the Premier League, either, with vessels of atmosphere replaced by deafening silences.

My proposal would be to finish the season between September and November before starting the "2020-21" season in January. Allow the following season to be finished in the calendar year, start the "2021-22" season in January 2022, and finish a month or so before the Qatar World Cup.

The idea that Britain will be primed and ready for the 2020-21 season to kick off in August is wishful thinking. Things come before football. Lockdown may have been lifted at that point but that doesn't mean normality can simply resume. People need to find their feet. Families and friends need to socialise. Football teams need to their return to normal training schedules.

Finishing the season before the end of the year is, at least, a safe and realistic way of wrapping up any loose ends. Beginning the new season in January creates an alignment with the 2022 winter World Cup tournament. The "2021-2022" season could be finished in October or November, meaning that the tournament would not disrupt the English domestic season. Whether or not common sense will prevail is another matter entirely!

The Warm Down: Foxes put on a show in the second half to brush away Brentford 5 hours ago

The Warmdown: Rashford and Fernandes continue to be Solskjaer's influential pair 8 hours ago 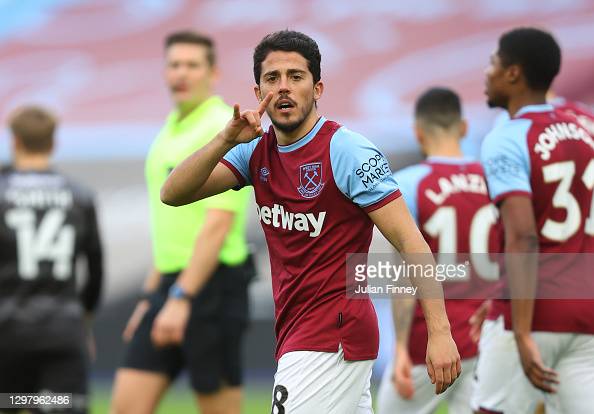