"We had a good season last year with a fourth-place and a Champions League final. But, we were really bad at throw-ins, it didn't work and now we are taking in Thomas. I am totally sure that we can really improve."

These were the words Jurgen Klopp used when introducing Liverpool's new throw-in coach Thomas Gronnemark to the first-team squad and how true they turned out to be.

A once-forgotten aspect of the game, Gronnemark has begun to challenge the narrative by crafting his trade using three different throw-in strategies. The long, the fast and the clever throw-in are used to pick apart the opposition, create goal scoring chances and increase possession retention.

His impact on Klopp's Liverpool is clear, taking the Reds from 18th in the Premier League to now ranked first for throw-ins under pressure. Not only that, but his methods also utilise 40 to 50 different throw-in possibilities which has to lead to Liverpool scoring 13 goals from a throw-in situation this season. A stat which Gronnemark claims to make the throw-in the most important set-piece of all.

"I am a little bit biased but if you asked me what the most important set piece is, for me, it’s the throw-in. Both because they can be really dangerous on the pitch but also because there are so many of them."

Klopp's arrival on Merseyside brought fresh hope, not just for the fans but the players as well, with the Reds going from strength to strength. Klopp has transformed Liverpool into a gegenpressing machine, which has helped make the Reds one of the most dangerous sides in the world.

Taking 82 from a possible 87 points this season, The Reds are reaping the rewards of Klopp's philosophy and its no secret that the bond he has instilled between players and coaching staff has helped their success on the pitch. His quality and hands-on approach as a manager was clear to Gronnemark, from the moment he arrived in the autumn of 2018.

"He is a fantastic leader. He is 100% serious, 100% ambitious.  Jurgen has a balance between 100% professional serious but he is also a really good people person," said Gronnemark.

"We have a fantastic working environment at Liverpool, people are really friendly, they are laughing, they are helping each other a lot."

Working as a freelance throw-in coach, Gronnemark coaches nine different professional sides across the globe, including Ajax and FC Midtjylland, but the working environment at Liverpool has allowed Gronnemark to challenge the dialogue surrounding the throw-in. Part of this is owing to the way the players and other staff members buy into his expertise on the training field.

"I feel fantastic every time I go to Melwood it's just perfect, we are just developing so many things and having a good time," said Gronnemark

Playing and working at Liverpool is often described as being a part of a big family. Everyone works for each other, plays for each other, and puts the team before individuals. These values are just some of the many that Klopp has helped to install at Liverpool. It is these approaches which have allowed the Liverpool team to bear the fruits of Gronnemark's work. His trailblazing techniques were met with open arms by the players and he has been able to mould his ideas into the side to transform the team's approach on the sideline.

"I love to come to Liverpool. It's like a big family.  When we are at Liverpool we are working not like individuals but as a collective. Of course, there are individual people but at Liverpool, a lot of it is like 2+2=5," explained Gronnemark. 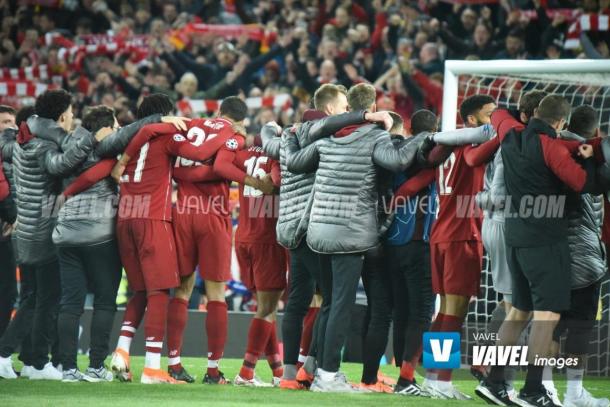 "If the individuals are only working for themselves then you will have an environment which is too competitive. Of course, you need to be competitive to be better. But, if we are competitive for ourselves and not for each other then it is not good and that’s one of the reasons the results are like they are at the moment."

However, like many groundbreakers, Gronnemark has had to face his critics. Many raised eyebrows with the announcement of his appointment, questioning the value of his role. Most notably, pundits Andy Gray and Steve Nicol spoke out against the work he was doing, but for Gronnemark, their criticism comes without an argument; just a dislike for the throw-in.

“Criticism is not a problem at all, in fact, it’s really good if the criticism is constructive. Both Steve Nicol and Andy Gray were playing football 30 years ago and I know a lot of people in their 50’s who are really intelligent, but they don’t know anything about throw-ins at all. Their criticism comes without an argument, it’s just like I don’t like the throw-in,” said Gronnemark.

"If they knew what we did to create the space, to do certain movements then he wouldn’t say these things.

“The internet answered for me regarding Nicol and Gray, I don’t need to call them dinosaurs but that’s what a lot of fans called them."

The Warm Down: Liverpool make it five wins in five in the Champions League 3 days ago

The Warm Down: Liverpool make it three wins from three in the Champions League a month ago