The administration had torn the club apart. Although Palace had battled their way out of relegation, despite being deducted 10 points by the Football League, the hard work was not over yet.

The Eagles had yet to find a buyer and it was getting closer and closer to the deadline before administrators were to be given the green light to sell off valuable club assets.

Rumours about buyers were thrown at the club left, right and centre, from wealthy oligarchs to rapper and international superstar Sean Combs, better known as Puff Daddy, but in the end, it was nothing more than speculation and media talk.

Palace were entering the liquidation process; club staff had been laid off and players who had battled to keep the club in the league had yet to be rewarded for their fight. Crystal Palace had no money.

At the eleventh hour of negotiations, an agreement to purchase Crystal Palace Football Club finally came from CPFC2010 Ltd, a consortium spearheaded by Steve Parish, who before becoming Palace Chairman, owned a global production powerhouse in the form of Tag Worldwide; a company which used to sponsor the front of the Crystal Palace shirts.

Parish was supported by Stephen Browett, a businessman from the wine wholesaler market, Martin Long, the man behind Churchill Insurance, and Jeremy Hosking, another businessman who was in the private equity industry. Together these four were the original members that stepped up to save the football club in its hour of need.

Little did they know what the following decade would deliver. Under their guidance and due diligence, the new owners would take Crystal Palace Football Club to heights that never seemed possible when they became beneficiaries of the club in 2010.

From Championship to Premier League

Without a doubt, the most valuable aspect of the last decade was the club’s somewhat surprising promotion from the Championship in 2013. The odds were stacked against the Eagles even before the first ball was kicked, as the club had a less than scintillating start to life under new ownership.

After two season of finding their feet in the turbulent world of owning a football club, owners Parish and Co. were looking finally to make a push up the Championship table.

Manager, Dougie Freedman, had assembled a side of free transfers and shrewd business acquisitions mixed together with a sprinkle of the quality that was already at the club in academy talent, Wilfried Zaha, and long serving goalkeeper and fans favourite, Julian Speroni.

The season that followed was truly unimaginable. Despite losing Freedman, the architect of the rebuild, to Bolton Wanderers, the squad had dragged their way, under new manager Ian Holloway, to the lottery of the Championship PlayOffs.   `

In the semi-finals, against rivals Brighton & Hove Albion, a second leg masterclass from Wilfried Zaha fired Palace to Wembley.

Holloway's men would meet Watford in the final where experience proved key, as veteran striker, Kevin Phillips, calmly slotted away the penalty in extra time to end Crystal Palace's eight year absence from the Premier League.

These are the good times at Selhurst Park

Becoming an established Premier League club has been the catalyst for the success over the last decade of ownership under Parish and the establishment.

In 2011 in the League Cup, courtesy of a Darren Ambrose wonder goal at Old Trafford, it seemed like a dream that Crystal Palace had beaten Sir Alex Ferguson’s Manchester United side. Fast forward nine years to 2020 and Crystal Palace now compete against the top sides in the most competitive league in the world, week in week out, going toe to toe for Premier League adulation.

When promoted in 2013, Palace were immediately expected to go straight back down with the little fuss made about their time in the Premier League. After Holloway bailed out of the club, following a 4-1 drubbing at home to Martin Jol's Fulham side, Palace's fate looked sealed after less than 10 games played.

When the board came together to find a replacement, the man who was tasked with the seemingly impossible challenge of keeping the Eagles in the league was Tony Pulis, who turned out to be one of the best managerial appointments made by the somewhat still inexperienced ownership.

His arrival put life into the club which seemed dead and buried already, with most pundits having written the side off to the point of no return. Pulis not only kept Palace up but took his side to an impressive 11th place finish in the Premier League.

Although Pulis would go on to leave Palace in a rather distasteful way two days before the next season was due to begin, he did lay the groundwork on which a successful Premier League side could be built.

The last decade’s achievements can be symbolised by the FA Cup run back in 2016. Under Alan Pardew, Palace had made it to their second FA Cup final in the club’s 115 year history. Although it is still somewhat bittersweet occasion as the Eagles would go on to lose to Manchester United, the cup run highlighted just how far Crystal Palace had come in such a short space of time.

It could have been argued that the club has somewhat stagnated over the past couple of seasons since the FA Cup final. However, to have the credentials as a solid Premier League outfit is a significant bonus that many clubs up and down the country wish could be attributed to them.

This is an undervalued attribute considering what could have been in 2010, when there was a high likelihood of there being no Crystal Palace at all.

From Edgar Davids to Yohan Cabaye

The club’s meteoric rise over the last decade is clearly evident by the calibre of players which have come through the door at Selhurst Park since promotion.

Prior to the sweet nectar and ambrosia of Premier League wealth, Palace had to settle with the majority of signings into the club being free transfers or through the loan system. The odd luxury singing occurred too in striker, Jermaine Easter, and of course, the Edgar Davids failed experiment, but other than that, spending was limited.

It would have appeared unthinkable that only six years after the club had crippling debts of around £30 million, that same amount would be the fee of the club’s current record signing, when Belgian striker, Christian Benteke, joined Palace under Alan Pardew in 2016.

Since promotion, the club has broken it's own transfer record on a number of consecutive occasions. Players such as Yohan Cabaye, Mamadou Sakho, Andros Townsend and Christian Benteke, in addition to Wilfried Zaha becoming one of the most feared players in the Premier League, have changed the landscape of the club in no uncertain terms.

So what does the future hold for Crystal Palace?

In 2015, Palace welcomed two new members onto the board, with American businessmen Joshua Harris and David Blitzer making a substantial investment into the South London team.

This was not their first expedition into the sporting world, with Harris and Blitzer owning American sport franchises, one from the National Basketball Association side Philadelphia 76's the National Hockey League side the New Jersey Devils. Their joint investment into Crystal Palace was another major milestone in the enhancement of the club’s potential.

Although spending has somewhat decreased since their arrival; the club had to control the big name signings and big wages attributed to these stature of players; despite this, the ownership will soon have to fund a big rebuild and restructure of the club which will be needed in the not too distant future.

Prior to the season having the pause button hit due to the Coronavirus pandemic, Palace were on course this season to achieve their best ever points tally in Premier League history.

Next season could potentially see Palace push for an illustrious Europa League spot, should Hodgson finally get the backing in the transfer market he has earned to have during his time as manager thus far.

In March of this year, the board released plans for a new academy training complex to advance the academy from category 2 to category 1 status.

This, moving forward, will be a substantial upgrade for Palace securing local talent in the surrounding areas, with South London producing much exciting talent in recent years, such as Borussia Dortmund and potentially the future of English football, in winger Jadon Sancho, Chelsea stars in Tammy Abraham and Ruben Loftus Cheek, and of course former Palace academy product, Aaron Wan-Bissaka.

The success of Palace following the takeover in 2010 has been nothing short of astonishing. When the Eagles were promoted, it was thought that a season or two in the Premier League would be the bar which the club could potentially reach. However Palace are on course next season, when the season commences, to compete in their eight consecutive Premier League campaign.

Under Roy Hodgson's stewardship the top flight status looks to be more assured than ever with the new academy complex and the plans for the redevelopment of Selhurst Park in the pipeline. It should certainly prove to be exciting times ahead, with the club’s security in a far better place than it was a decade ago.

As it happened: Manchester United 1-3 Crystal Palace 6 days ago

The Warmdown: Stalemate ends in penalty heartache for Palace yet again9 days ago

The Warmdown: Zaha volley earns all three points in season opener13 days ago

As it happened: Crystal Palace 1-0 Southampton 13 days ago 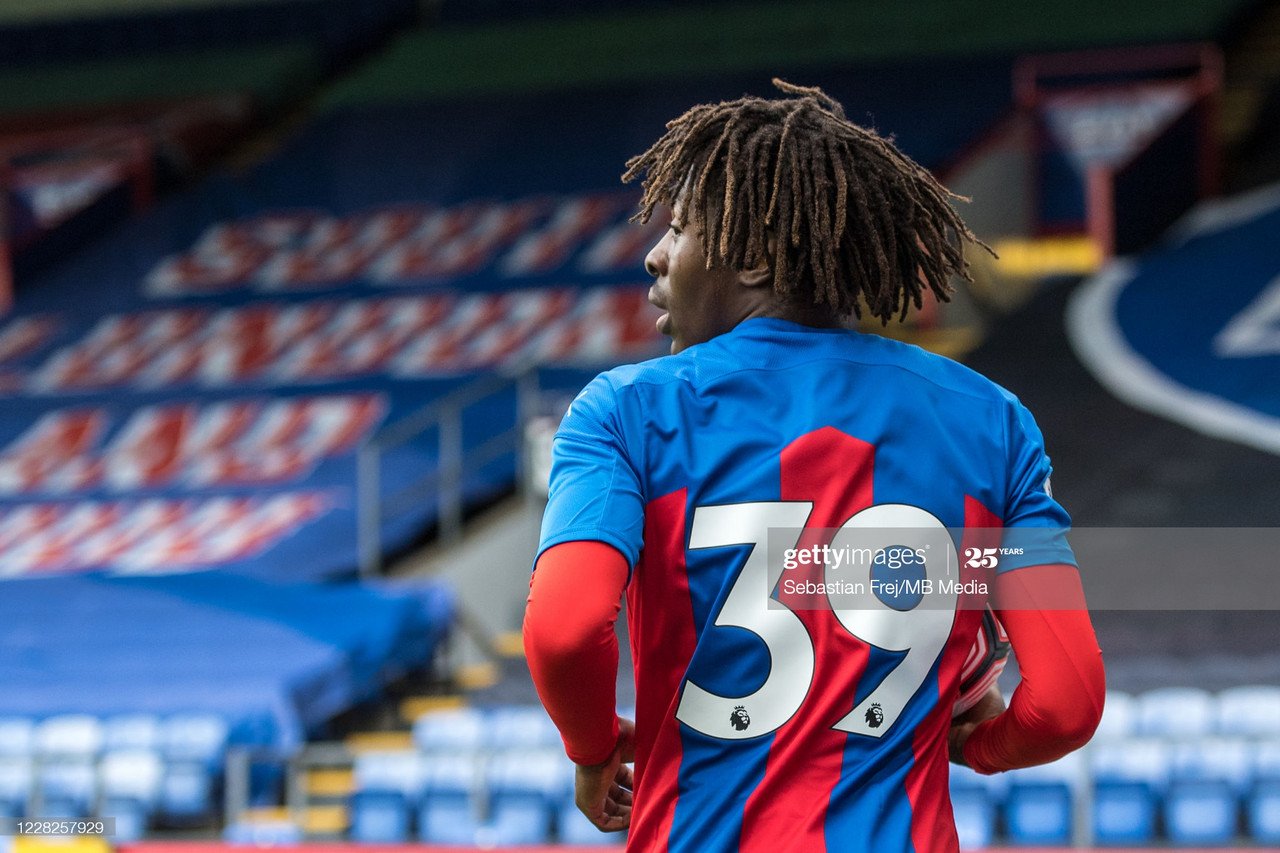 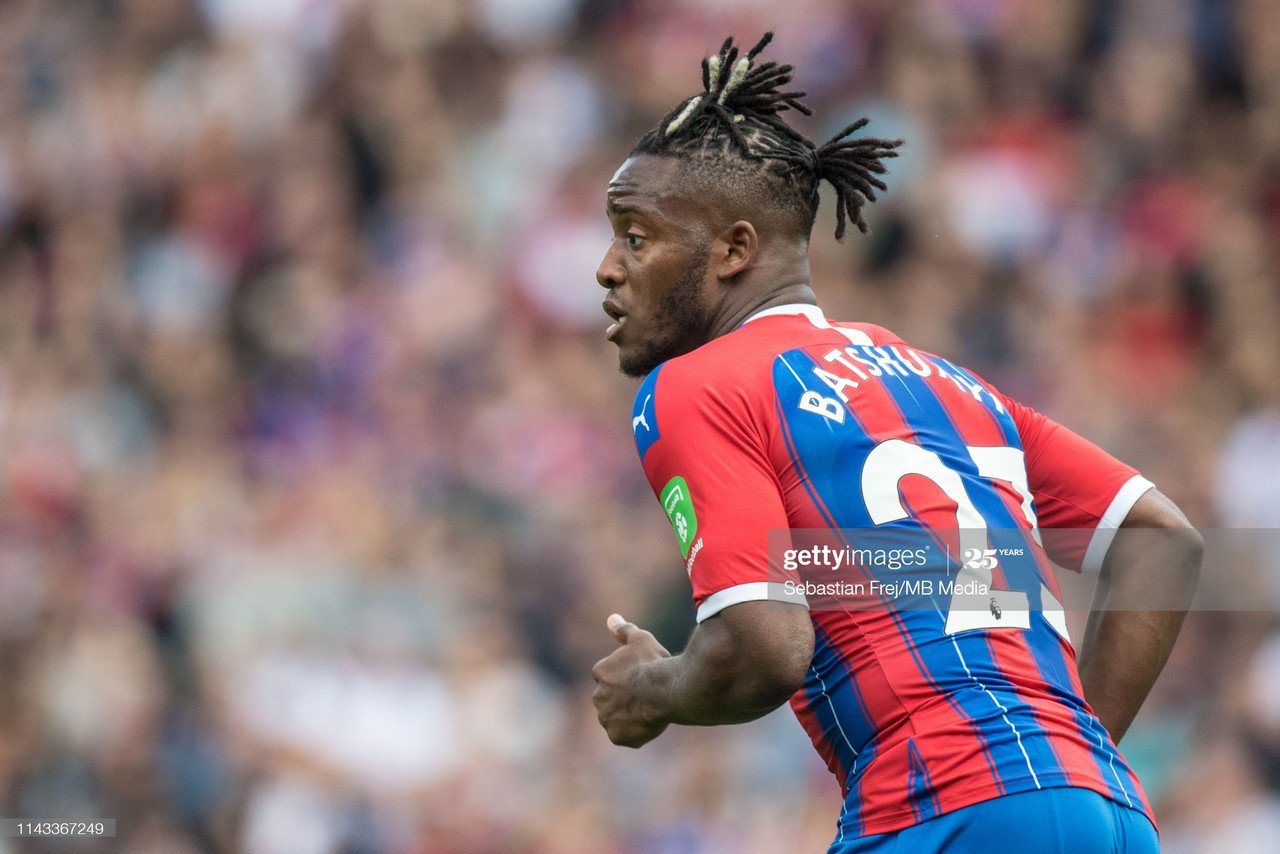 What do Palace still need in the summer transfer window?16 days ago 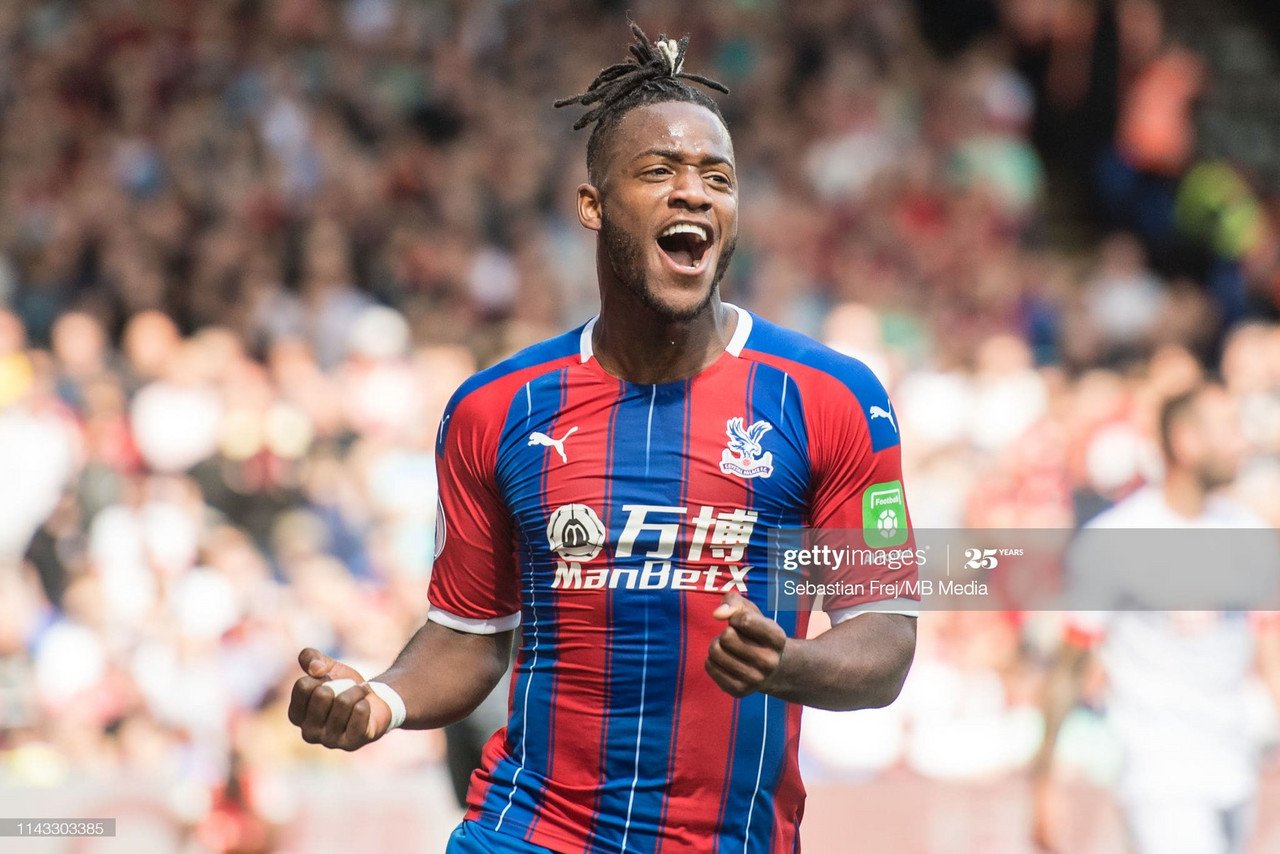 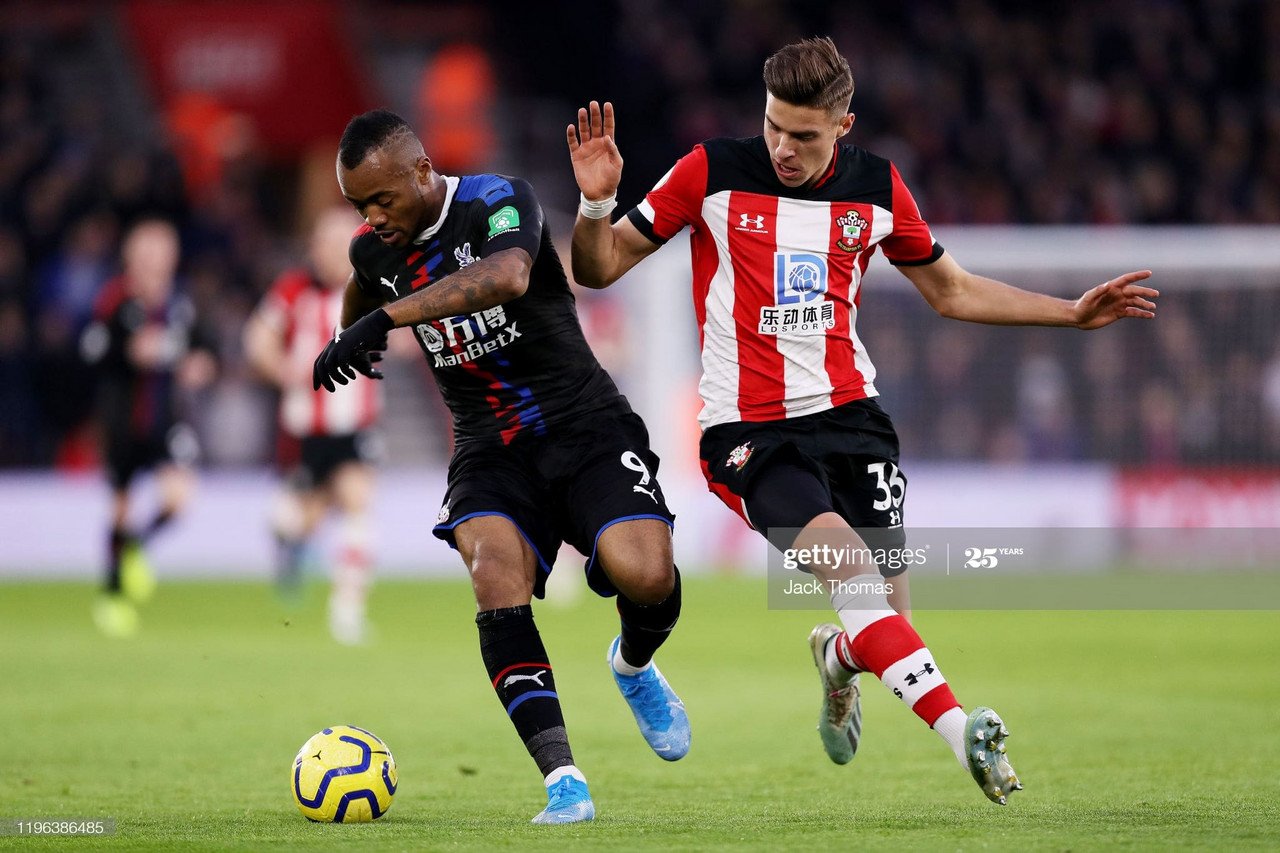