It's crunch time now. The three month hiatus will have allowed time for thought and tinkering, but this is when it all counts; no looking back, no room for any regrets, and only a handful of decisive points to be won.

Burnley haven't a great deal to play for. Sure, European football could be on the cards if they end the season strongly and results elsewhere go their way, but it's regardless been another diligent and impressive season from the Clarets.

In their last assignment against Manchester City on Monday, they were simply outclassed by a selection of players superior to their own — there's no cause for concern on the pitch, though it's goings on behind the scenes that could prove problematic, particularly a reported falling out between manager Sean Dyche and members of the club's board.

For Watford, the vision for the remainder of the season is clear: avoid relegation, and do so at all costs. Said vision has crept ever closer to reality since the appointment of current head coach Nigel Pearson in December, but there's still work to be done for it to be fully realised.

The Hornets secured a valuable point against Leicester City last time out — in dramatic fashion, too, with Craig Dawson's 93rd-minute equaliser — and will hope to return to Hertfordshire with all three here.

Burnley trounced the Hornets in the reverse fixture at Vicarage Road in November, with goals from Chris Wood, Ashley Barnes and James Tarkowski earning a resounding victory for the Clarets while compounding Watford's already dire predicament as they stayed bottom of the standings with just eight points from 13 matches.

And though Watford did win in their most recent visit to Turf Moor in August 2018, it was their first triumph there in 14 years and 10 attempts.

The home side here also hold the better all-time head-to-head record, winning 20 to Watford's 13, with a further 10 encounters ending with level scorelines.

Burnley manager Sean Dyche: "It will be good to see them. I thought they gave a good performance against Leicester, and no doubt they will try to do that against us.

"I think there's only a handful of clubs that don't have ups and downs. We need to make sure we're on our metal to deliver in these coming games."

Watford assistant head coach Craig Shakespeare: "We know that Sean will re-galvanise them and get them up for the game, so [the heavy defeat in Manchester] can work both ways, of course. They'll be well up for the game, knowing what they're about and what they have been about.

"We have to give them the respect they deserve, because of where they are in the table. Yes, they're a few players down, but they've still got their first 11 or 12 good players."

Burnley are once again without the services of first-choice strikers Wood and Barnes, while Johann Gudmundsson and Robbie Brady also won't be fit to feature.

Phil Bardsley will return to the fore having secured a contract extension, though Jeff Hendrick, Joe Hart, Aaron Lennon and Adam Legzdins are now all confirmed to be leaving the club and thus will likely be left out.

Shakespeare admitted in his pre-match press conference that rotation here may be necessary for Watford in order to accommodate the busy schedule.

Full-backs Kiko Femenía and Adam Masina are both available despite being withdrawn early against Leicester as a precautionary measure.

The Warm Down: Watford secure dominant win over Manchester United 7 days ago

Solskjær's departure takes the headlines, but that Watford performance was extraordinary 8 days ago

Watford 4-1 Manchester United: From zero to Hero as Sarr lifts Hornets to memorable victory 9 days ago

Opinion: Watford feel hard done by, but they can use that to fuel their improvement 12 days ago 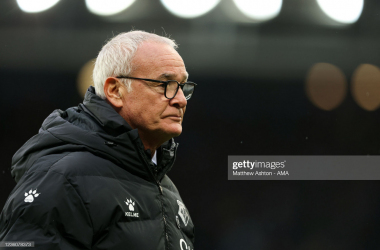 The Warm Down: King scores hat-trick as Watford put five past Everton a month ago
//