Despite only being separated by a short stretch of the capital city, Chelsea and West Ham have been enjoying entirely different fortunes ever since English football restarted in mid-June.

Three fixtures, three victories for Frank Lampard's resurgent Blues, who are the currently the countries most inform outfit. Ultimately sealing the Premier League title for Liverpool whilst ending the unlikely dreams of Manchester City, closing in on a Champions League place and an FA Cup semi-final on the horizon; all is looking pretty sparkly over at Stamford Bridge.

Less can be said for David Moyes and the Hammers, who have been hit with a pair of 2-0 losses and the very real threat of relegation to the Championship looming over the London Stadium. Can Lampard seal the final nail in the coffin on the club he used to represent, or will Moyes make a miraculous U-Turn by beating the Blues?

As already highlighted, Chelsea are riding high after defeating Aston Villa and City in the league, whilst knocking Leicester City out of the cup in the quarter finals. This now stretches their unbeaten run to six matches, started with a 2-2 draw away to Bournemouth at the end of February.

Five straight victories later and Lampard can look favourably at their position in the league, and the possibility of lifting silverware during his maiden season in charge.

West Ham could only dream of knocking together these kinds of results, having won just once since the start of January, a run consisting of nine defeats. Moyes took over from Manuel Pellegrini just before this rotten run; the Hammers hoped for second time luck, after the Scotsman had previously avoided the drop with the club back in 2017 before his sacking.

His initial second coming was a success, beating Bournemouth 4-0 on his first game back, before also defeating Gillingham 2-0 in the FA Cup. The honey period quickly vanished for Moyes, as he now has to try and recreate that survival season of three years ago. West Ham could be in the drop zone before a ball is kicked if the Cherries can chew out a positive result against Newcastle United earlier in the day.

Perhaps West Ham’s only saving grace is the fact they have already beaten the Blues this campaign, a respectable 1-0 win at the Bridge in November.

An Aaron Creswell goal acted as the decider in a game full of poignancy. David Martin, lifelong Hammers fan and son of former defender, Alvin Martin, was handed his debut by Pellegrini after dropping the unreliable Roberto. Martin made a string of fine saves on an emotional afternoon for him and his family, inspiring the away side to their first victory at Chelsea for 17 years.

The Blues did waste a handful of chances as they slumped to their second successive loss, fresh from recording six wins on the trot. Fast forward to present day, and the forms of either side is extremely similar, yet Chelsea appear to be even more reformed, whereas West Ham look in dire straits once again.

Before that unexpected defeat last year, the Blues had only won three of their previous nine matches with their London rivals, dating back to 2015, when Jose Mourinho was still in charge and West Ham were still playing at Upton Park.

However, cast your eye past these dates and you will notice between 2003 and 2014, Chelsea lost just once to the Hammers, wielding 14 wins and a smattering of draws.

Christian Pulisic has been performing brilliantly post-lockdown, with two goals in three games, yet may be doubt for this clash after picking up a calf injury against Leicester on the weekend. The American will be assessed on the afternoon of the match to check his availability.

Andreas Christensen, who was coming into his own sort of stride, will be applied the same treatment after also missing the FA Cup tie due to a hip problem.

Fikayo Tomori and Callum Hudson-Odoi are still continuing their recovery and their return date is yet to be confirmed.

West Ham’s lack of goals will only be hampered further by the absence of club record signing, Sebastian Haller, who has scored seven goals since signing from Eintracht Frankfurt last summer.

Angelo Ogbonna is another absentee, adding to the Hammers defensive woes, although Moyes did confirm that both he and Haller are very close to a return.

Left back Arthur Masuaku rolled his ankle a couple of days before Project Restart, and so is also ruled out.

Pablo Zabaleta, Carlos Sanchez and academy product Jeremy Ngakia have all left West Ham due to contract negotiations. Ngakia rejected any new offers by the club, whereas Zabaleta was offered an extension, however at 35 and suspect to injury, the Argentine could not accept. Sanchez has started just once in the Premier League this season.

From the managers mouth

Lampard on the London derby behind closed doors: "It will be different as we have all seen how different it is with no fans. It makes it more about an 11 vs 11.

A London derby should always back their team and give them the edge, but it doesn't bother me. We have had a few games and we know what it is."

Lampard on recent strong displays: "I am happy to win games, elements of the way we have played. We showed steel against Man City, it's something we must improve and get better at. We need to keep working and we need to focus on every part of our game."

Moyes on Chelsea and the rest of the campaign: "The last three teams are teams going for the Champions League, but there is no such thing as a free hit. I'm trying to win and we're preparing to win all the games.

We went to Anfield and gave a really good account of ourselves. I've got to hope we can tip the balance and take something. We've got to try and score goals and not concede."

Can Chelsea retain their Champions League Crown? 5 hours ago

The Warm Down: Lukaku stars on second Stamford Bridge debut as Chelsea overcome quality Villa side 4 days ago

Opinion: Who should be Chelsea's next captain after Cesar Azpilicueta? 4 days ago

Chelsea’s Transfer Deadline Day: Three deals yet to be done 16 days ago 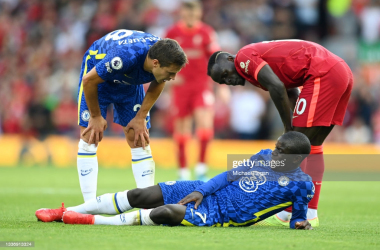 How can Chelsea replace N'Golo Kante? 17 days ago 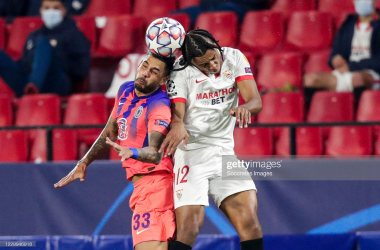