As Port Vale aim to finish in the League Two play-off places next season, manager John Askey will feel that the chances of achieving this will have been increased by the fact that winger David Amoo has today signed a two new year contract extension with the club.

The 29 year old has impressed in his first season with the Valiants, as after playing 37 games in all competitions, he has netted on five occasions, and he has also managed to bag himself three assists.

Therefore, due to him being a consistent member of Askey's starting 11 during the 2019/20 campaign, the manager evidently felt that it was vital that he was secured on a new deal, instead of being released as a free agent.

Furthermore, this news further indicates that he will be an integral member of next season's squad, as his side look to improve on the impressive season they have just had- shown by them only missing out on the play- off spots by a point.

This spot is something that Vale could have potentially achieved this season, but the unweighted points per game table meant that they narrowly missed out.

Danger on the wing

After Askey decided to not offer midfielder Luke Hannant a new contract in the summer of 2019, leading him to move to League Two outfit Cambridge United, the former Macclesfield Town and Shrewsbury Town manager felt that former Cambridge winger Amoo was a suitable replacement.

This is a decision that so far has indicated to have been wise, as there is no real doubt that on his day, he can cause more problems on the wing to a defence in comparison to  his counterpart Hannant.

The reason for this is because in the position that he usually plays in for the Vale which is at left wing, his pace and directness when used at the right time has the ability to cause panic and worry to any full back.

He has shown on many occasions to not be afraid to take on his man and then when in the position, he has the quality to deliver good service into the Valiants main goal threat Tom Pope, something that he has had a severe lack of in the last couple of season's.

Amoo has also grabbed vital goals at important times in his spell so far at the club, as in his side's home league victories over Forest Green and Leyton Orient, he scored the winner on both ocassion's.

The midfielder, who in his career has played for clubs such as Preston North End, Tranmere Rovers and Carlisle United, has further got goals in a 2-1 win over Shrewsbury in the group stages of the EFL Trophy, and during league draws at home to Northampton Town and Macclesfield.

Despite clearly having a good first season in a Vale shirt, at times he has been at the back end of criticism from Valiant fans, for at times not running at opponents when there is enough space to do so.

Furthermore, the winger has previously been blasted for his lack of decision making skill as on occasion, he often fails to release the ball at the right time when he has other options available, instead choosing to hold on and run with the ball longer then he really should.

Even though this is an element of his game that he needs to work on, and something that Askey will be keen to improve, Amoo does look a constant attacking threat out wide when Vale decide to venture forward.

Additionally, he has shown to provide good service to Pope- something that the club's post- war top goalscorer has been screaming out for a couple of season's now.

Consequently due to this, the majority of Vale fans will be delighted that Askey has signed him on a new contract that keeps him at the club until June 2022.

With the news of this contract extension, it is further likely to give fans confidence that Vale can push towards at least a play- off, or even an automatic promotion finish come the end of the 2020/21 campaign.

Top 5 managers in the Premier League 4 hours ago

The Warm Down: New era starts in defeat for Magpies 5 hours ago

Sergio Reguilón: “Football is not the most important” 5 hours ago

Nuno Espírito Santo: “I think we played, in my view, some really good football” 5 hours ago 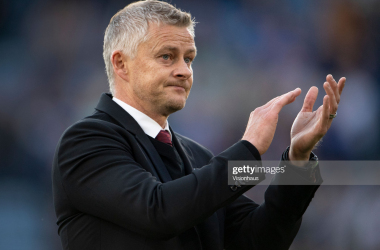 Charlie Patino turns 18: What can we expect from the Arsenal youngster in the future? 16 hours ago