The first game back in EFL League One since the COVID-19  pandemic forced the suspension of the season sees Portsmouth host Oxford United at Fratton Park.

With an unweighted points-per-game system used to determine the final positions in the league table after clubs voted to cancel the rest of the season, Pompey finished fifth while the U's ended in fourth.

Portsmouth will be pleased to begin this tie at home as they sported an unbeaten record at Fratton Park, winning 12 and drawing six while also progressing to the final of the Leasing.com Trophy where they will look to become the first team to claim that piece of silverware in consecutive seasons.

Striker Ronan Curtis leads the Pompey attack with 11 goals for manager Kenny Jackett, who is participating in his fifth play-off campaign, having advanced to the final in three of the previous four attempts.

Oxford will be participating in the play-offs for the first time in club history and will look to the duo of James Henry and Matty Taylor to lead the line with 25 goals between them. Henry is the U's most influential player, adding nine assists to go along with his 12 goals.

The two sides have met twice with both matches ending in a draw. Taylor bagged a 90th-minute equalizer last November while their Leasing.com trophy group stage contest also ended in a 2-2 draw, Portsmouth winning 5-4 on penalties.

While Portsmouth manager Kenny Jackett has no injury concerns, he will be without the services of Brett Pitman, Matt Casey and Adam May who all signed new short-term contracts with the club, but won't feature. Additionally, an unnamed player has tested positive for the virus.

Taylor and Marcus Browne have had their loan deals extended and will take part in the Oxford play-off campaign. Ben Woodburn is back fit after not playing since October with a broken bone in his foot. Nathan Holland and Chris Cadden have returned to their parent clubs while George Thorne is out through injury.

Having played in the play-offs in three of the last five seasons across all divisions of the EFL, Jackett is aiming to lead Portsmouth to play-off glory for the first time in club history.

"We are delighted to have the opportunity to get into the Championship", he said. "It's what we have worked so hard fot this season and now we are there. It's always a great occasion. And now we want to do everything we can to get there in a play-off final.

"It's a one-off day and I'm delighted we could win there (in the Leasing.com trophy final) last season. It would be different with no fans for sure, but the day can't be forgotten. I've experienced a play-off final win before with other clubs I've been at and I've been delighted to get there."

Oxford had two players test positive for COVID-19, but are now all clear and manager Karl Robinson appreciates the effort of everyone involved to get the club ready.

"It's been a huge effort from everyone and we have all had to adjust and make sacrifices to ensure that we can be involved. We have been totally professional in everything we have done, as we always are and I want to thank the players and the medical, sports science and nutrition team because they have been first class.

"We have been very detailed in our planning and now we are ready for the games themselves."

Peterborough United vs Birmingham City preview: How to watch, kick-off time, team news, predicted lineups and ones to watch 5 hours ago

Aston Villa vs Everton Preview: How to watch, kick-off time, team news, predicted line-ups and players to watch 7 hours ago

Wolverhampton Wanderers v Brentford Preview: How to Watch, Kick-off Time, Team News, Predicted Line-ups, and One to Watch 2 hours ago 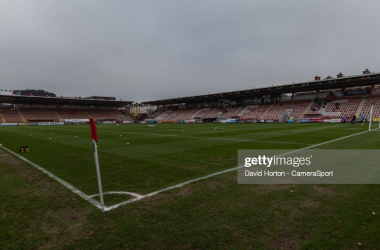 Exeter City vs Sutton United preview: How to watch, team news, kick-off time, predicted lineups and ones to watch 5 hours ago