Southampton released nine players upon the conclusion of last season, and have already made two acquisitions for the campaign ahead by brining in Kyle Walker-Peters on a permanent deal and Mohammed Salisu.

Pierre-Emile Højbjerg, of course, went in the opposite direction of Walker-Peters to Tottenham leaving Ralph Hasenhuttl with a 27 man squad, according to the Premier League's official website.

Like just about every other football club in existence, Southampton is rife with links to a whole magnitude of players on social media and in the press.

Most of which won't hold any substantial weight in the merry-go-round of summer transfers.

But this is a look towards the current squad, who's imperative to any on-field success and must stay at all costs to those that need to be shown the exit door even permanently or out on-loan to gain some much needed first-team experience.

Alex McCarthy (Keep) - McCarthy has established himself as the number one at St.Mary's under Hasenhuttl and rightly so after a series of impressive performances in the second half of the season including against Manchester City. 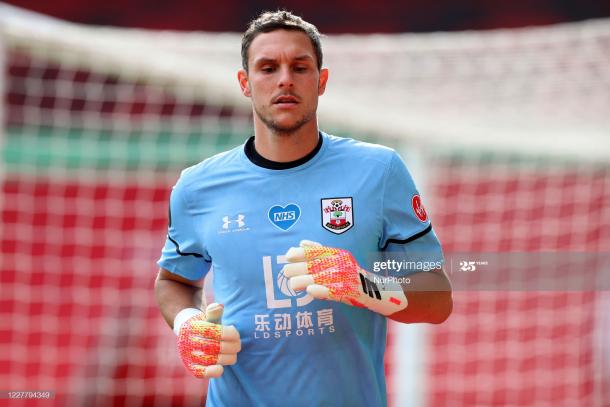 Fraser Forster (Keep) - Following a successful loan spell at Celtic Forster has returned to form shown earlier in his Saints career and more than capable of returning to second choice to push McCarthy.

Angus Gunn (Sell) - Following Leciester's December demolition Gunn has lost his place in the side and looks to be the third choice in the pecking order so Saints might as well sell up.

Jannik Vestergaard (Sell) - Vestergaard featured 19 times last season and with the addition of Salisu that will no doubt diminish, so perhaps it's time to cash in while Saints still can.

Jack Stephens (Keep) - It seems Stephens is now the preferred choice at the back and rightly so with his never say die attitude and spectacular defensive performances towards the end of the last campaign.

Wesley Hoedt (Sell) - During last season Hoedt spent his time in Belgium with Royal Antwerp and is not up to scratch for Southampton's first team based on past performances.

Jan Bednarek (Keep) - With Salisu coming in Bednarek is perfect to keep on the Ghanaian's and Stephen's heels in competing for the two center-back spots.

Ryan Bertrand (Keep) - Capable of great performances, Bertrand is Saints' best left-back option and while he might be putting in as high a quality performances as a few seasons ago he is still very good.

Jake Vokins (Loan) - Fresh from signing a new contract a loan deal would be great to gain Voskins some much-needed experience but would leave ample cover at left-back. 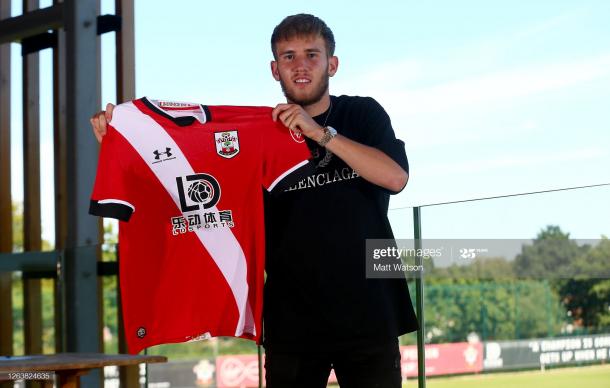 Jake Vokins has recently signed a new deal at the Saints. Photo by Matt Watson via Getty Images.

Yan Valery (Loan) - Similar to Hoskins in that the Frenchman would benefit from a loan deal as he sits behind Walker-Peters in the pecking order, but would leave Saints exposed should the new signing be sidelined.

Harrison Reed (Sell) - Having just won promotion to the Premier League with Fulham, now would be the best time to cash in on the defensive midfielder with Fulham having an £8m option to buy clause and having not featured since 2016/17 for Southampton where he played only 62 minutes.

Moussa Djenepo (Keep) - Since his £14m transfer from Standard Liege last season the Mali winger is yet to truly justify his price tag but at 22 there's still plenty of time.

Oriol Romeu (Keep) - Romeu is the heart of Hasenhuttl's midfield and featured 30 times last season so is almost definitely a player that must say.

James Ward-Prowse (Keep) - JWP is Mr. Southampton and now rightfully captain having risen through the ranks, along with Ings, is no doubt the most important piece of the puzzle.

Stuart Armstrong (Keep) - Last season the Scottish midfielder started to really show his worth with a series of impressive creative performances becoming a key player in the side.

Mario Lemina (Sell) - Farmed out on-loan to Turkey last season Lemina is not the player he once was, so it's probably to the best time to sell up. 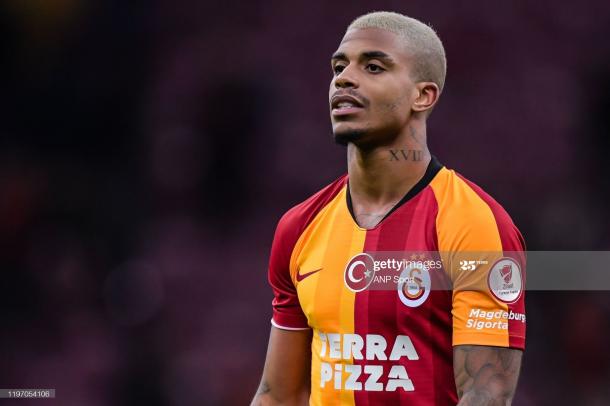 Sofiane Boufal (Sell) - In 2016 Boufal made a £16m from Lille and while he has shown at times glimpses of quality consistency has been an issue. As a result, he found himself on-loan with Celta Vigo for the second half of last season and is perhaps time for Saints to cut their losses.

Nathan Redmond (Keep) - Another player no doubt lacking consistency over the years began to find some last season for Hasenhuttl and seems to be a favoured option for the Austrian.

Josh Sims (Sell) - Once regarded as the latest of hot young prospects, Sims has failed to step up to the level needed and failed to truly impress with loans at New York Red Bulls and Reading in the last two seasons.

Shane Long (Sell) - Shane Long is a player that will always give his all no matter what but at 33 time isn't on his side and he certainly doesn't offer the goal threat he once did. After six seasons on the South Coast he would leave a very popular figure. 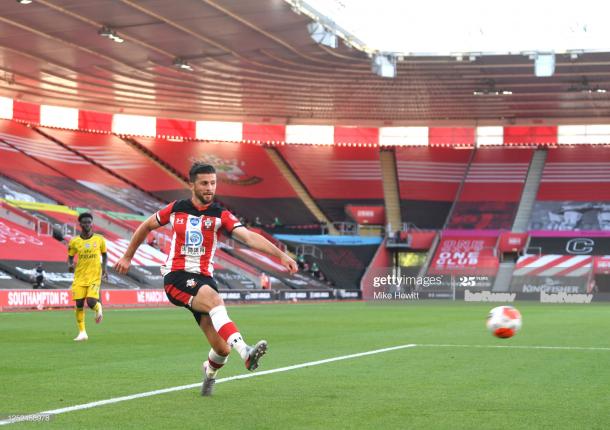 ​​​​Long has spent 6 seasons at St Mary’s but with age not on his side, the Saints may be looking to sell up. Photo by Mike Hewitt via Getty Images.

Danny Ings (Keep) - This is one choice that needs no explaining, Ings was a huge proponent behind Southampton's eleventh place and should be kept at all costs.

Che Adams (Keep) - Following his big-money move form Birmingham last summer, Adams took a while to settle down with lie in the Premier League, but once he did what a talent he looks to be.

Michael Obafemi (Keep) - Obafemi is another player for the future, but also offers a part to play now as a bench player and someone to step up should Adams or Ings be sidelined.

Guido Carrillo (Sell) - Yet another player for Southampton to cut their losses on. After his £19.2m transfer fee from Monaco Carrilo has been a huge flop and has been on-loan with Leganes in La Liga over the last two seasons.