Thank you and goodbye!

That’s it for VAVEL UK’s live text commentary on this Premier League match between Liverpool and Leeds United — we hope you enjoyed it.

Stay tuned on the site for more live text commentaries and further analysis and reaction to all top flight matches this weekend.

Marcelo Bielsa's side showed the Premier League they are serious about competing in this league, however, they were the masters of their own downfall, with two serious mistakes gifting Liverpool the opportunity to gain all three points.

Jurgen Klopp's side begin their defence of their title with a win, with Salah in fine form, grabbing his hat-trick and taking his tally to 50th league goals at Anfield.

There will be four minutes of added time!
19:178 months ago

Salah calmly slots away the penalty and surly the winner!
19:168 months ago

Liverpool now have the ball in the back of the net, however, Van Dijk, was adjudged to have pushed a Leeds player on his march towards goal.
19:058 months ago

Just under 15 minutes to go here at Anfield, will either side grab the winner?
19:058 months ago

A superb free-kick from Kalvin Phillips nearly caught Alisson out!
18:598 months ago

Salah fires over from distance.
18:578 months ago

Game on! Helder Costa swung a shot goal-bound, Mateusz Klich chipped the ball up and volleyed home the equaliser!

Liverpool have been suspect in defence this evening...

Off comes Bamford, on comes Rodrigo for his Leeds debut!
18:508 months ago

Dallas krept in behind Liverpool's defence, his cross was eventually smothered by Alisson.
18:468 months ago

Leeds have the ball in the back of the net but Harrison has been flagged for offside.
18:458 months ago

So close from Wijnaldum, who was denied at point-black-range from Meslier. Great save!
18:358 months ago

Leeds get us underway for the second half!
18:208 months ago

A fantastic half of football. Liverpool have been the masters of their own downfall thus far, Van Dijk was careless to allow Bamford to get Leeds second, however, the first from Harrsion was unstoppable!

Liverpool have been clinical in front of goal and will have to tighten up at the back if The Reds want secure all three points. Big half of football coming up!

There will be two minutes of added time!
18:108 months ago

Another great save from Meslier, this time to deny Mane!
18:058 months ago

What is going on!

Salah scores his second. The Egyptian smashes home to give Liverpool the lead!

Dear oh dear! Virgil van Dijk has had a moment of madness!

Patrick Bamford has capatalised on a poor mistake from the Dutchman, who attempted to control the ball on the edge of his box, his misplaced touch fell to Bamford, who snatched at the chance to score his first Premier League goal of the season.

Great save from Meslier to deny Liverpool a third! He clawed the shot over his bar.
17:578 months ago

Henderson fires a shot striaght at Meslier.
17:528 months ago

20' Virgil van Dijk with one of the easiest goals he will ever score!

An Andy Robertson corner was flung into the box, Virgil van Dijk just walked past Koch and headed the ball into the back of the net.

Both sides going forward look incredibly potent. Bielsa ball is in full swing in the Premier League, Leeds attacking with no fear. Liverpool look dangerous too, Mane and Salah are causing all sort of problems.
17:448 months ago

WOW! What a goal from Jack Harrison.

The Manchester City loanee plucks the ball from mid-air, bamboozles Alexander-Arnold and drives towards goal. He  cut inside, picked his spot, and curled the ball into the top corner.

Helder Costa has the ball in the back of the net but, he has been flagged for offside.
17:388 months ago

Mohamed Salah becomes the first Liverpool player ever to score on the opening day in four consecutive seasons.
17:368 months ago

A rude awakening for Leeds United. Koch's handball penalised and Salah hammered home the penalty to kickstart his and Liverpool's title defence!
17:338 months ago

Firmino has the first opportunity after superb work from Keita. However, Meslier came out to smother the ball.
17:308 months ago

Liverpool get us underway!
17:268 months ago

Both sides make their way out of the tunnel at Anfield.
17:158 months ago

All eyes on Anfield

How to watch Liverpool vs Leeds United Live TV and Stream?

If you wish to follow the game Liverpool vs Leeds United Live on television: Sky Sports

On his new contract, "Everything has been sorted and it's definite I will be here this season. "I will be working the next season at Leeds United."
23:178 months ago

"Winning the league last year is the best problem you can have," Klopp added. "If it's a problem then I don't know it, but everybody else is giving me a feeling that it should be a problem."

"We showed we can go for it in the last two years. We don't take that for granted, but if the title is out there then we attack it. That's how I've always understood it so why should that change?"

"It doesn't mean we will win it but it is there to be attacked. That is how I understand it. No games, no points, let's go for it."

New signing Rodrigo is poised to make his first start for the club, following his big money move from Valenica.

Apart from Adam Foreshaw, Marcelo Bielsa has a fully fit squad to choose from ahead of the club's long awaited Premier League return.

Liverpool will be without, Alex Oxlade-Chamberlain, and Xherdan Shaqiri, through injury, whereas new signing, Konstantinos Tsimikas will be unavailable for selection having tested positive for Covid-19.
23:078 months ago

Leeds are back in the big time!

After a 16-year absence, Marcelo Bielsa has spearheaded their charge back to the Premier League.

Bielsa recently put pen-to-paper on a new year one contact extension at Elland Road and will be the key part of the jigsaw should Leeds stay up at the first time of asking.

The West Yorkshire outfit have been longing for a chance to showcase their Premier League credentials, with the club looking to become an established top-flight side.

The Red's dominance in the league last season was terrifying, they ran away with the title. Liverpool are unbeaten at home for over three seasons, and are now only three home wins away from smashing the club record of 63 home games without defeat.

Welcome back to the Premier League with Liverpool vs Leeds United Live!

Welcome to VAVEL.com’s LIVE coverage of the Premier League match between Liverpool vs Leeds United. Live

Burnley 0-4 Leeds United: The Warmdown a day ago

Burnley 0-4 Leeds United: Shambolic Clarets put to the sword as Leeds hit four at Turf Moor a day ago

The Warmdown: Friday fiesta for Ferrán as City beat Newcastle in seven-goal thriller 20 hours ago

The Warm Down: Newcastle United narrowly beaten by champions in Friday night thriller a day ago

Chelsea vs Leicester City: Predicted Line-ups a day ago 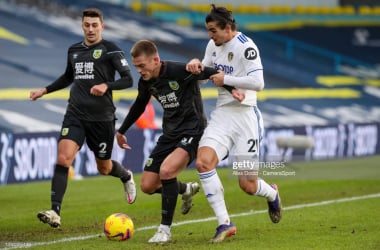 Burnley vs Leeds United preview: How to watch, team news, predicted lineups and ones to watch a day ago 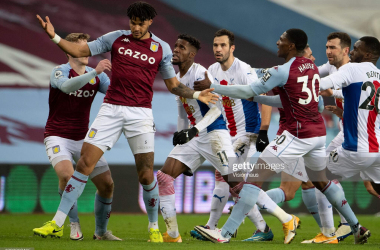 Crystal Palace vs Aston Villa preview: How to watch, kick-off time, team news, predicted lineups and ones to watch 4 hours ago
//