Clock winding down thankfully for the champions, but still time for Villa to almost grab another through substitute Traore. Last ditch tackle from James Milner saves further embarassment
21:002 years ago

Chance! Villa almost make it eight but Adrian punches clear to Nakamba who's shot goes straight back at the Spaniard
20:562 years ago

Dean Smith makes a double substitute, possibly not to change the game at this stage as Marvelous Nakamba replaces Matty Cash and Ahmed Elmohammady comes on for Douglas Luiz
20:512 years ago

GOAL! Grealish makes it, unbelievably, 7-2! Absolute shambles at the back
20:472 years ago

Chance! Watkins almost made it four for him on the night but Adrian saves with his legs
20:442 years ago
Remarkably Aston Villa lead 6-2 at Villa Park, much the better side who have put the Reds to the sword at almost every given opportunity. Three huge deflections on the goals and a major error for Adrian for the opener
20:422 years ago

Jones comes on for Joe Gomez who in truth has been off his usual standard all night
20:352 years ago

GOAL! Salah doubles his and Liverpool's tally and makes it 5-2 with a smart finish
20:322 years ago

Curtis Jones being readied
20:312 years ago

Cheap free-kicks awarded at the start of the half to frustrate Liverpool
20:212 years ago

Liverpool sloppy and passive at times. Must improve

Credit to the home side who have capitalised on some less than assured defending with clinical finishing.

Shades of Watford away for Liverpool who have been all over the place defensively. Perhaps missing Alisson and Mane more than expected
19:552 years ago

Yellow card for Virgil van Dijk who cynically brings down Ross Barkley on another charge
19:512 years ago

GOAL! Huge deflection of a McGinn strike following the corner. 3-1
19:502 years ago

Barkley once more breaks the offside line but Adrian saves with his feet at the near post. 2-1
19:492 years ago

Goal! Mo Salah fires Liverpool back into the match with a volley after more good work from Jota
19:472 years ago

Close! Jota almost lobs the keeper from 20 yards. Tipped over for a corner
19:432 years ago

Villa in dreamland and Liverpool shell shocked as they trail 2-0 at Villa Park. Perhaps should of had a penalty with the score at 1-0 when Salah was tripped by McGinn
19:392 years ago

Goal. Double their lead through Watkins once again. Reds look shocked
19:372 years ago

Firmino again. This time the Brazilian makes his own space before his shot is saved at the near post
19:352 years ago

Almost! Liverpool almost capitalise on a goalkeeping error themselves as Villa scramble back
19:322 years ago

Firmino sees his shot saved after nice build up around the area
19:302 years ago

Jota and Robertson link up down the left but the cross is cleared for a corner
19:272 years ago

Better from Liverpool as they create two half chances for Keita and Robertson
19:242 years ago

Ross Barkley misses a glorious chance to make it 2-0 as he shoots wide
19:212 years ago

GOAL! Mistake from Adrian gifts Villa the ball in the area and Ollie Watkins to make it 1-0
19:202 years ago

Strong start from the home side as they give Liverpool no time to settle on the ball and dictate play
19:162 years ago

Naby Keita gets us going

Teams Are Coming Out!

Five Minutes Until Kick Off!

Smith Wary Of The Challenge Ahead

Smith: ''This is the biggest test you can get at the moment, but it's one we are looking forward to.''

''We've added quality and this will be a good marker for us.''

Dean Smith: ''The training he's done so far has been pleasing, it's tough on Conor.''

''I felt Ross's physicality would benefit us today.''

Jurgen Klopp: ''We have to do further assessment, but he is injured. Now we hope it will go really quickly.''

''Its an international break, I'm pretty sure after that he will not be ready, we have to see week by week.''

Teams are out warming up as we tick past the 30 minutes until kick off mark
18:332 years ago

Diogo Jota adds more of the same in the absence of Mane as the newly signed Portuguese winger presses high and looks to get in behind his full-back time and time again
18:322 years ago

Barkley's inclusion will add even more direct running to the Villa midfield and may leave the hosts vulnerable to the hard working Liverpool press - the home side will have to be accurate in possession
18:302 years ago

Can Villa Stop The Champions?

Dean Smith's side made life very difficult for the visiting Reds last term and will be hoping for more of the same as they look to take points off the champions for the first time since their return to the top flight
18:222 years ago

Ross Barkley makes his Villa debut after joining on loan from Chelsea this week.

Team News In One Hour!

Expecting a changed side from Monday's win over Arsenal for the Reds, mainly due to absentees.

Two hours until team news and three hours until kick off as Aston Villa and Liverpool both go in search of continued 100% Premier League records before the international break
15:322 years ago

Liverpool will miss joint top scorer Sadio Mane this evening, however Mohamed Salah also has three goals from the opening three games and will be out to add to his tally
15:312 years ago

John McGinn has two assists from the opening two matches for Villa whilst his midfield colleagues Conor Hourihane and captain Jack Grealish each have a goal apiece
14:472 years ago

In better news for Liverpool, last years PFA Young Player of the Season, Trent Alexander-Arnold, has been passed fit and is expected to be named in the starting XI. Team news around 18:15 BST
14:152 years ago

Alisson Becker confirmed as absent by numerous sources for the match with an injury picked up in training. Adrian will deputise for the Brazilian stopper
13:482 years ago

Liverpool will be without Sadio Mane and Thiago Alcantara due to positive Covid-19 tests. Alisson is a late fitness doubt with concussion but captain Jordan Henderson could return to the side
13:432 years ago

Aston Villa are expected to name Ross Barkley as part of their matchday squad for the first time following his loan arrival from Chelsea. The hosts will remain without the services of Tom Heaton and Bjorn Engels
13:382 years ago

This fixture last year saw the Premier League champions elect come from a goal behind with just minutes remaining thanks to late Andy Robertson and Sadio Mane strikes
13:332 years ago

Both teams come into this evenings clash with perfect Premier League records. Jurgen Klopp's side have won all three of their matches whilst Dean Smith's Villa' are two from two after narrowly avoiding the drop last season
13:282 years ago

The fixture is available to watch live on Sky Sports Main Event and Sky Sports Premier League from 19:00 BST
13:232 years ago

Welcome to VAVEL's live coverage as Aston Villa face Liverpool in the Premier League. Stay tuned for all the pre-match analysis, previews, team news and live updates throughout - all here on VAVEL.com 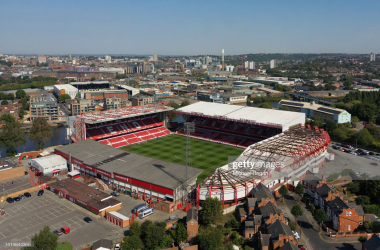 "We deserved the win": Steve Cooper on huge home win against West Ham 6 hours ago 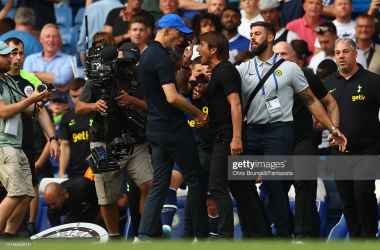 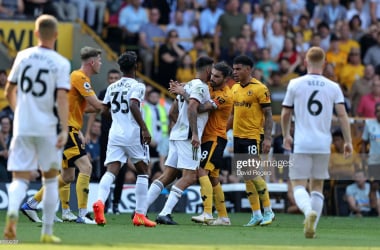 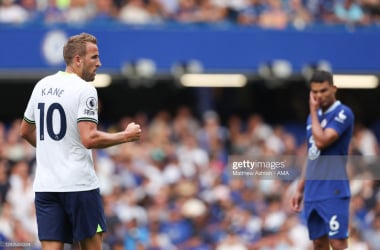 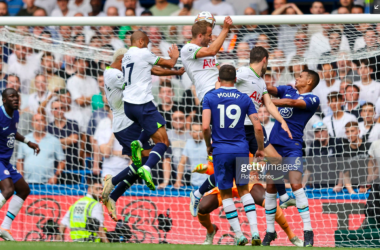 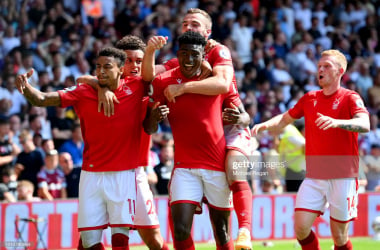 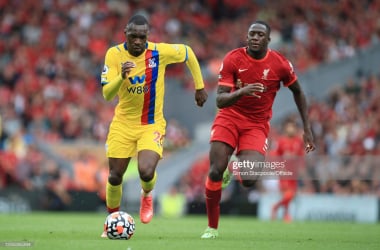 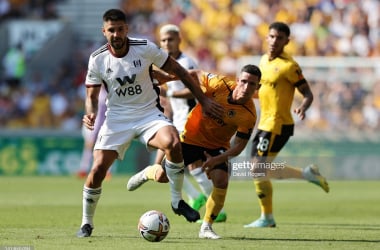 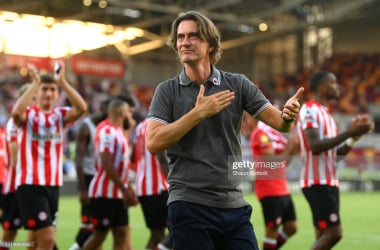