Cheltenham Town look to make it four wins from five in League Two as they take on strugglers Grimbsy Town, who are still yet to record their first win this season.

The fixture was due to be played on Saturday 26 September but after a member of Grimsby's team tested positive for Covid-19, the game was postponed and rearranged.

Robbins boss Michael Duff has the same squad available as he did in his sides comfortable 2-0 win at home to Crawley Town last weekend although Hull City loanee, Elliot Bonds, is a doubt after picking up a knock.

Duff has plenty to choose from in the striking department with all five of his front men fully fit. George Llyod and Andy Williams are both likely to maintain their spots after impressive run-outs on the weekend.

Grimsby will be without the suspended Ludvig Ohman and 18-year-old Duncan Idehan is still being eased into a return to first-team action after recovering from a hamstring problem.

Aside from that, Mariners manager Ian Holloway has a fully fit squad to chose from as his side look to build on what was a positive point away at Bolton Wanderers on Saturday.

Both managers are prone to opting with three centre backs, however, Cheltenham tend to play with wing-backs higher up operating with a 3-5-2 formation whereas Grimsby have been more cautious in their approach this season, utilising a five-man backline and playing 5-3-2.

Cheltenham added frontman Williams to their firepower going forward after he was released from Northampton Town after they secured promotion to League One last season.

He has started the season in a steady fashion, scoring twice in the opening four games. He knows the league and has notched double figures in five of his last seven seasons.

Thirty-two-year-old Reuben Reid is yet to start a league game this season for the Robbins but he has shown his sharpness in front of goal, scoring three times in two EFL Trophy appearances this term.

Cheltenham captain, Ben Tozer, possesses a bullet of a throw and with the Robbins looking to take advantage of this on every possible occasion, that could definitely be something that spells danger for the opposition.

As for the Mariners, they are yet to score a goal this season but the fans can be encouraged by a much improved defensive display on the weekend.

Bolton forward Eoin Doyle struck 25 goals last season and it was only thanks to the displays of Grimbsy's backline of Matthew Pollock, Luke Waterfall and Luke Hendrie that he was kept at bay.

Holloway will be hoping for more of the same from his defensive unit as the Mariners look to keep another clean sheet.

These two sides have met nine times previously with Cheltenham having had more of the spoils, winning five, and drawing two.

Grimsby have won this meeting just twice before, with their latest affair ending a 0-0 draw back in November 2019.

The last side to win this fixture was Grimsby back in the 2018/19 season.

One goal decided the game with a first-half Wesley Thomas penalty securing the win for the Mariners.

Seven of their nine meetings have been won by either team and on six of those occasions, they could only be separated by a single goal.

Cheltenham supporters can view the game through purchasing a live video match pass which can be found on Cheltenham's iFollow section of their website.

The same process can be followed on Grimsby Town's iFollow. Both are for a price of £10.

• What the managers have said

"If you look at the performance on Saturday, I thought they were brilliant at Bolton.

"You might think they'd struggle in the last 20 minutes, but they grew into the game and stronger, keeping their first clean sheet.

"To grind out that result and they could have nicked it at the end too. We know we'll need to be at it."

Holloway also highlighted how proud he was of his side's performance on the weekend after he told Grimsby Live:

"In light of it all, I thought the performance was very, very good from the boys.

It’s nice to get back on the horse after a 4-0 drubbing at home."

Crawley Town add Jack Roles to their ranks 2 hours ago 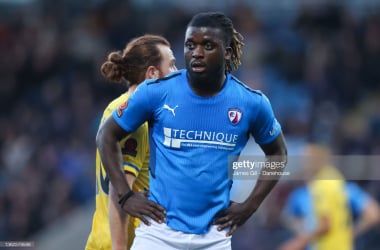 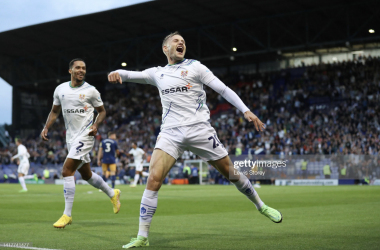 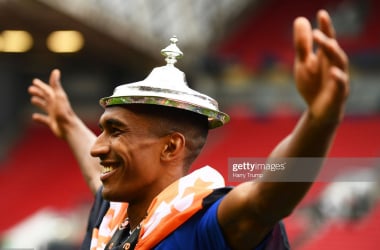