Premier League football returns to the King Power Stadium on Sunday night in an all-Midlands affair between Leicester City and Aston Villa.

The Foxes will be looking to return to winning ways after a disappointing 3-0 defeat at home to West Ham United ended their 100% start to the season.

Aston Villa on the other hand have been one of the stand-out performers this season, winning all three of their opening games, including a 7-2 demolition of reigning champions Liverpool and currently sit one place above Leicester in third place.

Here's how we expect both sides to line-up in the East Midlands.

There has been wide-spread debate about whether the most recent international break should have gone ahead in this current climate, and after seeing his injury list pile higher, Leicester manager Brendan Rodgers may well be one of those wishing it didn't happen.

In addition to long-term injuries to Ricardo Pereira and Wilfred Ndidi, Rodgers has now been dealt with another major blow that first-choice defender Caglar Soyuncu has been ruled out for a 'number of weeks' due to an abductor strain he picked up whilst away with Turkey.

Jonny Evans, Jamie Vardy and Dennis Praet meanwhile may also not be involved with all three facing fitness tests before any final decision on whether they can play or not but James Maddison is expected to play on Sunday, most likely linking up in the midfield with Nampalys Mendy and Youri Tielemans.

Harvey Barnes will be expected to start after making his England debut against Wales whilst there may be an opportunity for Cengiz Under to make his first start after impressing off the bench against West Ham.

Leicester's injury issues at the back mean that new signing Wesley Fofana could start alongside experienced leader Wes Morgan after Rodgers confirmed he was in contention to make his debut.

The biggest surprise however could be the inclusion of Islam Slimani after the Leicester boss revealed he was in his plans. The Algerian is unlikely to start for the Foxes, but there is every chance he could be named amongst the substitutes.

For manager Dean Smith, it will likely be a case that he doesn't fix what isn't broken when he side make the short trip to Leicestershire, with Tom Heaton and Wesley Moraes remaining the only definite absentees for the Villains.

Villa's hat-trick hero from the win against Liverpool, Ollie Watkins will be eagerly awaiting his next chance to continue his impressive start to top-flight life.

With John McGinn and Douglas Luiz likely to play the deeper role in a midfield three, there will be licence for Ross Barkley to pick the ball and drive towards the opposition box and look to pick out any of the front free including captain Jack Grealish, who has been in seven goals in his last four Premier League appearances.

With Leicester wanting to return to winning ways and Villa looking to continue their free-scoring form, the game is likely to be very open and won in the midfield.

Whilst you could argue that both teams have got enough quality in terms of technical ability in the middle of the park, it could well come down to who is the more physical of the two sides if either team wants the three points. 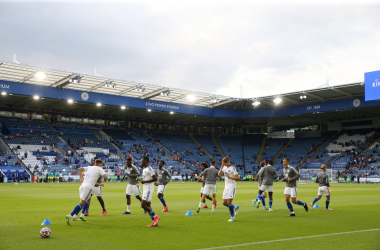 Leicester City vs Villarreal preview: Team news, predicted lineups, ones to watch, how to watch, and kick-off time. a day ago 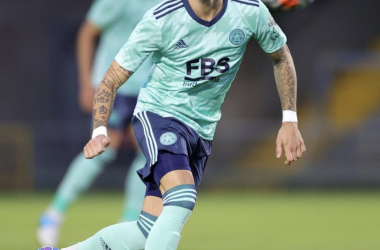