It ends here 1-3. Norwich have been professional in there performance today. Solid enough at the back and lethal on the counter. A Pukki double and a Buendia goal earns Norwich their latest win.

Dean Holden will be disappointed with the way his side defended but pleased with his sides attacking play. A missed penalty and a Chris Martin effort could have earnt a point, but it wasn't to be today.

The referee has adeed four more minutes onto this second half
15:209 months ago

Norwich make their final change as Placheta comes off for the youngster Bali Mumba.
15:199 months ago

Emi Buendia brings a lofty ball out of the air with a delightful touch before forcing a decent save from Daniel Bentley.
15:159 months ago

It's a Halloween nightmare for Nakhi Wells and Bristol City! 🎃👻

Teemu Pukki comes off after scoring a double, to be replaced by Jordan Hugill.
15:119 months ago

Norwich get another chance on the counter as Pacheta utilises his pace to stretch the defence.

Pukki made a run but Pachet chose to shoot instead, firing just wide.

He missed the penalty, now he is dragged off.

Nakhi Wells has been hooked off, replaced by Famara Diedihou.

After missing that huge chance, the hosts make a change.

Nakhi Wells tries a chip but it goes horribly wrong.

The ball sails two yards over the bar.

It's a pathway back into the game for the home side as they win a penalty.

Bristol City pump the ball into the box where Kalas nods it down. He is then brought down by Sorensen.

Chris Martin, out of nowhere, almost pulls his side back into the game!

He finds a yard of space around 30 yards out of goal so decides to have a go.

He bent the ball towards the top right corner, but it rattled the post.

The first change of the afternoon as Tyreeq Bakinson replaces Tyler Moore for the home side.
14:469 months ago

Norwich are playing in a lot of low crosses into the box. The latest found Pukki 12 yards out but his first time effort fired wide.
14:419 months ago

51' Norwich on top early on

Norwich have half-chances through Stipermann and Buendia.

They also go close through a corner routine where Ben Gibson headed the ball across goal. It was temporarily cleared until Rupp had an effort go narrowly wide.

46' Second half kicks off

The away side get us underway for this second half. Let's hope it is as entertaining as the first!
14:209 months ago

A quite brilliant first half at Ashton Gate. Two early Teemu Pukki goals and a late effort from Emi Buendia puts Norwich two goals up. Jack Hunt pulled one back and, between that goal and Buendia's, the home side were on top.

Dean Holden will be extremely disappointed with his side's first-half defending!

Buendia makes a simple run into the box and is found by a lofty pass from Ben Gibson in his own half.

The creative midfielder's touch and finish was simply brilliant!

The referee has added two more minutes onto this enthralling first-half.
14:119 months ago

A reminder that Norwich are still dangerous. A very effective counter-attack.

Stipermann plays it in behind for Emi Buendia, who tries to chip the goalkeeper. Bentley saved the ball with his face to keep his side in the game!

Possibly a huge moment in this game.

A look at Jack Hunt's goal

It's raining goals at Ashton Gate! 🌧

An inswinging corner comes in which is headed towards the top left corner by Martin. Tim Krul made an absolutely incredible save to keep his side in front.

Norwich need to wake up defensively.

Bristol City are getting a lot of joy down the right win.

Jack Hunt got free down the line and passed the ball to Wells in space.

The forward couldn't get the ball out of his feet properly before getting a shot away in the six yard box.

It seemed harder to miss!

Some tidy play almost ends in a goal for the hosts.

Moore played a ball across the box for Nahki Wells and his shot was thrashed just wide.

Maxx Aarons and Josh Da Silva are battling well over on the far side.

This time, Aarons came surging forward past Da Silva. He then whipped a cross into the box but it flies towards goal into the side netting.

It's 2-1! Bristol City pull one back through Jack Hunt.

From the kick-off The Robins attacked down the left through O'Dowda, and Patterson had a weak shot saved by Krul. Hunt followed on and hit the rebound into the bottom left corner.

HIs movement is yet again phenomenal as he steps away from the City defence. He is found with pinpoint accuracy by Sorensen and he once again slots the ball past Bentley.

Excellent center-forward play by the Finn!

A look at Pukki's goal

Teemu Pukki opens the scoring with a smart finish - but how about the pass from Marco Stiepermann! 🔥🎯

A break in play after Placheta goes down following a blow to the ribs.

It's been a disappointing start for Dean Holden. The defending was weak for the Norwich goal. They still haven't had sustained possession in the opposition half.

It was a brilliant Norwich move when they got on the ball for the first time. Stiepermann found Pukki in space after an excellent and intelligent run. He peeled off the Bristol City defence and finished lethally past Daniel Bentley.

Norwich seem happy to allow The Robins keep the ball early on, whilst they are trying to press high and win the ball as high up the pitch as possible.
13:319 months ago

After a minute's silence to commemorate those lost in battle ahead of Remembrance Day, the home side get us started!
13:229 months ago

Just ten minutes until we get started at Ashton Gate. The two sides will be raring to go. They both have points to prove this afternoon/
12:329 months ago

Here's how the home side lineup this afternoon.

Your #BristolCity side for this afternoon! 📋

If you want to watch the game on TV, your options are: TV SkySports

If you want to directly stream it: NowTV.

Norwich's Xavi Quintilla misses the trip across the south due to an injury he picked up before the Brentford game midweek.

Adam Idah remains out as he serves the second of a three-match suspension following his sending off against Wycombe.

The home side will be without wide forward Andreas Weimann, after it was revealed he ruptured his ACL and will face nine months on the sidelines. Furthermore, Alfie Mawson is out for the foreseeable too, he also has a knee injury.
11:049 months ago

Norwich looking to bounce back

Norwich had a jittery start to life back in the Championship following last seasons relegation.

However, they are now unbeaten in four and earnt a point away at Brentford in the last fixture. They hope to expand on this good form in a bid to bounce straight back to the top flight.

Life under Dean Holden started impeccably for the home side. They won their first three in the league and remained unbeaten in the opening six.

However, they are now winless in four since their win over Nottingham Forest on October 3rd.

In for a good game

We should be in for an exciting game today as both these sides have identical records in the league so far and occupy sixth and seventh.
10:549 months ago

Bristol City vs Norwich City will be played at Ashton Gate, Bristol, England. The kick-off is scheduled at 12:30 BST.

Alphonse Areola's first interview: "It was the best opportunity for me to sign for West Ham" 4 hours ago 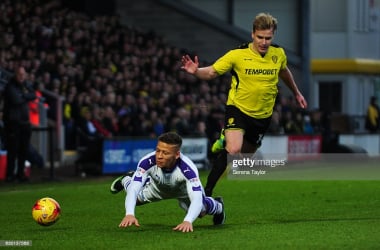 Burton Albion vs Newcastle United preview: How to watch, team news, predicted lineups and ones to watch 5 hours ago 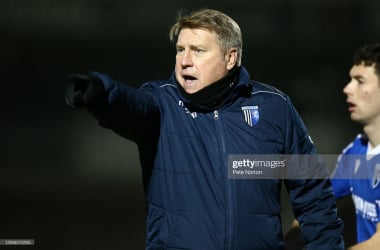 What can Alphonse Areola offer to West Ham United? 21 hours ago

Last piece in the puzzle: Crystal Palace turn attention to Ozan Kabak a day ago