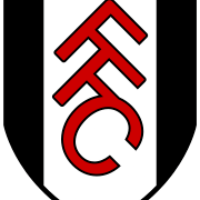 What an absolute rollercoaster of emotions.

Tomas Soucek's late winner boosted West Ham up to 11th, only five points off the top of the league.

An awful effort from Lookman who tried a "Panenka", but it was not only weak but also straight at the keeper.
22:59a month ago

Ademola Lookman steps up...
22:58a month ago
90+5' Penalty to Fulham? VAR is on to check and referee Robert Jones is running to the side screen to see it himself.

Benrahma the man to potentially drag down Tom Cairney.
22:53a month ago

AND THERE IT IS!

Great cross into the box, even better touch from Benrahma who set up Tomas Soucek for a great finish.

Benrahma got his way into the box but Areola denied him twice from a tight angle.

Very good evening from the ex-Real Madrid goalkeeper.
22:30a month ago

Double sub for the Hammers.

Said Benrahma replacing Pablo Fornals and Manuel Lanzini is on for Jarrod Bowen.
22:23a month ago

Angelo Ogbonna is off and straight down the tunnel, Issa Diop coming on for his first appearance since September.

Cresswell's free-kick is good, but Areola's save even better as he tipped the effort onto the woodwork.
22:04a month ago
46' And we're back underway.

No changes from both David Moyes and Scott Parker at HT.
21:53a month ago

After the opening ten minutes, this has been a pretty uneventful game.

Goalless at the break, so hopefully that will change soon.
21:41a month ago
36' Great play from Ademola Lookman to release himself from pressure on a break, but Fulham's cross was blocked by Cresswell.

The following corner was cleared.
21:24a month ago
21' Nearly a chance for Fulham.

Tom Cairney's cross-shot was just out of Aleksandar Mitrovic's reach.
21:12a month ago
7' West Ham are pushing hard!

First Jarrod Bowen's volley was saved by Areola, and then Haller's brilliant header hit the crossbar!
21:08a month ago
4' Chance!

Great work from Pablo Fornals whose cross reached Arthur Masuaku but his shot, as well as Aaron Cresswell's rebound, were saved by Alphonso Areola.
21:04a month ago

Bobby De-Cordova Reid gets the first kick of the game.

Both teams are in their home kits today.
20:06a month ago

Scott thinks this side is the way to go tonight! 📋 #WHUFUL pic.twitter.com/qOb2lhmGir

If you want to watch the game on TV, there are no available options in the UK.

The game will be available through the BT Sport Box Office.

But if you want to follow it on the internet, VAVEL UK is your best option!

Having only joined the club last month, West Ham's Said Benrahma might prove to be vital already.

Since the start of the 19/20 season, the Algerian faced Fulham four times, scoring four goals and registering three assists with an average rating of 8.05.

In his latest game against the Cottagers, which took place this season while he was still playing for Brentford, he managed to score two goals in his teams 3-0 win in the EFL Cup.
22:26a month ago

Head-to-head record looks very positive for the Hammers who have won five out of the previous ten encounters.

The last time Fulham managed to take points off the hosts was in January 2014.
22:21a month ago

The hosts are coming into the game off a narrow 2-1 loss to Premier League's reigning champions, Liverpool FC.

The visitors, who have not been convincing so far this season, have just only won their first game of the campaign, 2-0 against a fellow promoted side, West Bromwich Albion.
22:16a month ago

West Ham United v Fulham FC will be played at the London Stadium, London, England. The kick-off is scheduled at 20:00 GMT.
22:11a month ago

My name is Alan Rzepa and I'll be your host for this game. We will provide you with pre-game analysis, roster updates and news as it happens live here on VAVEL.com

West Ham United v Aston Villa Preview:&nbsp;&nbsp;Team news, predicted line-ups, views from the dugout, ones to watch and how to watch 6 days ago

West Ham United vs Fulham FC preview: How to watch, kick-off time, team news, predicted lineups and ones to watch&nbsp; a month ago

Leicester City vs West Ham United preview: How to watch, kick-off time, team news, predicted lineups and ones to watch&nbsp; 2 months ago

Everton vs West Ham United: How to watch, kick-off time, team news, predicted lineups and ones to watch&nbsp; 2 months ago
Restore your password
Please enter your user name or email.
Login Member or Writer Panel
Enjoy your own Customized Newspaperwith VAVEL topics' carousels!