The first ever Second City Derby in the Women’s Super League will take place at Villa Park on Saturday, with Aston Villa and Birmingham City facing off on Women’s Football Weekend.

Gemma Davies’ Villans have had a strong return to form over the last three games. Since losing all three of their opening league games following promotion, they have now won three consecutive games in all competitions. Their last league game saw a comfortable 2-0 win over Brighton & Hove Albion, with Anita Asante and Ramona Petzelberger scoring their first goals for the club.

Carla Ward’s Blues were in strong form before last weekend, picking up consecutive wins against Reading and Bristol City, but endured a miserable time against West Ham on Sunday. Top scorer Claudia Walker scored at both ends of the pitch and star player Sarah Mayling picked up a serious injury in a 2-1 defeat for the Blues.

As previously mentioned, Birmingham have serious injury concerns ahead of the match.

Mayling is one of seven injuries the Blues are reporting ahead of Saturday, meaning they have just ten fit senior players right now. They will likely have to fill the numbers with academy players if they can’t get players fit in time. This is despite the FA recently shutting down girls’ academies in England, declaring them as grassroots level, meaning the youngsters may have difficulties training.

In sharp contrast to their bitter rivals, Villa have 20 registered senior players and all of them are fully fit. Backup goalkeeper Sian Rogers is back in training after completing a period of self-isolation and will likely be restored to the bench ahead of Charlotte Clarke.

Villa will likely keep the same lineup that won them their first WSL points against Brighton.

There seems to be no reason why Davies would change the personnel or the 4-3-3 system they have used for every game this season.

It is very easy to predict Birmingham’s lineup accurately due to how many players are out injured.

The 4-1-4-1 formation will be maintained as will the core of fit players because they simply have so few options available to them.

The Second City rivals were drawn together in the 2018/19 Conti Cup group stage in the 2018/19 season, with Birmingham running out 2-0 winners. Kerys Harrop and Charlie Wellings netted the goals for Birmingham that day, but both players have subsequently left the club.

There will however be a number of Villa players who will line up against their former club. Since Villa were taken over by the NSWE Consortium in 2018, they have pumped money into the women’s team and have managed to tempt four players across the city despite Villa being in the division below Birmingham until recently. Emma Follis, Shania Hayles, Marisa Ewers and most recently Chloe Arthur have crossed the city divide. As for players going the other way, goalkeeper Daniela Kosinska dual registered with Blues and Stoke City following her release from Villa over the summer.

In this derby, both sides have attackers in red-hot form.

Birmingham striker Claudia Walker has four goals in her last four games and has been instrumental in Birmingham’s improvement this season. Her antics against West Ham wrote her in the WSL history books, making her just the third player to ever score a goal and an own goal in the same game in the history of the league.

As for Villa, Ramona Petzelberger has looked dangerous in her short time with Villa. Her linkup play with Stine Larsen, combining Petzelberger’s pace with the Dane’s high work rate in defence has caused any defence she’s played against headaches this season. It was her pace and attacking instinct that let her get to Lisa Weiss’ clearance ahead of Megan Walsh to net the German her first Villa goal on Sunday.

You have a large selection of places to watch this historic derby.

If you want to watch it live on TV, it will be aired on BT Sport as part of their Women’s Football Weekend coverage. If you prefer to stream the game, it will be available in full and for free on the FA Player app as well as Aston Villa’s streaming service Villa TV. 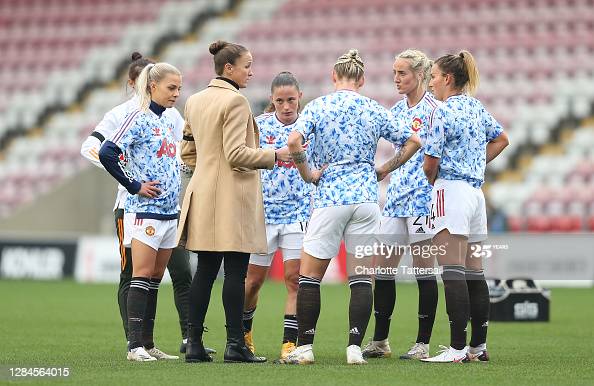