Unbelievable performance from Spurs who head to the top of the league for the time being! 9/10s and 10/10 performances have been dropped everywhere from Spurs against a City side who overall weren't that bad.

Title contender status confirmed, match report will be up soon with the highlights.

Thank you for joining me for this evening's clash!

90+3' Moments away from the full-time whistle and Harry Kane has the man of the match title. One of his best performances in a Spurs shirt probably ever and he has not even scored. Says a lot about him.
20:2014 days ago

90' This time it's Kane giving away a silly foul, but its harsh. Dangerous situation in favour of City now.
20:1714 days ago

87' Harry Kane is a BULLY! He drives past Rodri and then draws a foul deep in the Man City area from nothing. He has terrorised Laporte and Dias.
20:1514 days ago

86' Although City are losing, you have to acknowledge the fantastic performances from Rodri and Kyle Walker have put in.
20:1214 days ago

83' It's towards the back-post but Sterling cannot reach it and Spurs have a goal kick.
20:1114 days ago

82' Free-kick in a dangerous area for City after Reguilon challenged Jesus a little too hard.
20:1014 days ago

80' An injury to Alderweireld sees Rodon getting ready to come on instead of Bale.
20:0814 days ago

75' Kane wins another free-kick off Dias, he has bullied the two Man City centre-backs today.
20:0114 days ago

72' City won't stop coming and they now have a free-kick out wide which will likely be sent into the box.

Man City SUBS: Foden and Sterling on for Silva and Mahrez

68' Spurs almost break again this time with Lo Celso trying to find Bergwijn, but a trademark run from Walker to recover stops the Dutchman in his tracks.
19:5514 days ago

65' Tottenham break again with Kane but this time they have committed runners, including Lo Celso who had come on 35 seconds ago, he was fed through on goal on the left and he slid it past Ederson!! WOW!
19:5414 days ago

63' HUGE OPPORTUNITY FOR SPURS! Kane links up with Son again with a lovely through-ball, but Son's touch around Ederson is too heavy and City survive.
19:5114 days ago

61' Spurs survive and there is more bad news for City as Laporte is down holding his head. He is going to need some treatment here.
19:4814 days ago

55' Chance for City with De Bruyne when the ball opens up for him in the box, but his chipped cross is scuffed and goes over the bar.
19:4014 days ago

51' De Bruyne moving towards goal strikes from distance but it is narrowly wide.
19:3914 days ago

50' Nervy moments for City as Spurs begin to find a few pockets with Ndombele and Kane again while the rest of the team are pressing the backline of the visitors. A few small chances for Spurs but the final balls haven't been as sharp.
19:3614 days ago

47' Early moments are all for City as Rodri's shot is blocked and Ferran Torres is unable to connect with a cross at the back-post.
19:3414 days ago

46' City get us back underway here at the Tottenham Hotspur Stadium.
19:3114 days ago

Laporte thought he equalised for City, but the goal was ruled out for a handball in the build-up from Jesus.

Do you think the correct decision was made?

A quick free-kick, a marvellous through ball and a clinical finish.

Son put Spurs ahead with this finish.

A fantastic 45 minutes for Spurs but a very much frustrating one for City who have found it very difficult to unlock the Spurs defence. Big 45 minutes coming up for. both teams now.
19:1614 days ago

45' The corner was caught by Lloris who looked to release Bergwijn with a long ball, but Walker caught him at the expense of giving away a throw in.
19:1514 days ago

44' Sissoko is on a yellow card which has just been confirmed now, after booting the ball away a few minutes ago.
19:1214 days ago

41' Technical difficulties have ensued, all is okay now but it is still 1-0 to Spurs and it has been a slow few minutes but Jesus has just had an opportunity but blasted well over from close distance.
19:0014 days ago

28' It doesn't take Mike Dean long before he overrules his own decision after checking the monitor and it does look like the right call.
18:5914 days ago

28' What we are looking at is if the ball was controlled by Jesus with his arm before Laporte smashed the ball home.
18:5814 days ago

26' From one end to the other as Bergwijn dallies on the ball in the City area as he is about to shoot, but Rodri robs him and De Bruyne breaks, Silva can't pull the trigger and De Bruyne settles for a corner.
18:5614 days ago

25' Spurs finally patch together a few passes and retain possession for a minute or so, Ndombele at the centre of it shifting the ball with little one-twos.
18:5314 days ago

22' Spurs finally manage to clear the ball far enough to re-find their shape, but City have possession again.
18:5214 days ago

17' Spurs manage to clear the corner partially but then Jesus is offside when the ball was sent back in.
18:4714 days ago

15' De Bruyne sends in a brilliant free kick towards Rodri who cannot direct his header past Lloris.
18:4514 days ago

14' Spurs are denied a truly magical goal from the offside flag! They carve through City so easily with one touch passing, as Bergwijn plays Son in who squares for Kane, who is just offside as he taps home. There are more goals in this for Spurs but City are still threatening.
18:4014 days ago

9' HUGE CHANCE FOR CITY! It's fantastic movement from Jesus and De Bruyne but it is fantastic challenges from the Tottenham defence but the ball lands to De Bruyne who has a strike which hits Jesus who was on the ground and goes out for a Spurs goal-kick.
18:3814 days ago

7' Oooh nerves showing from Reguilon as he tries to be too clever but allows De Bruyne to win possession back and get in behind, but the Belgian runs the ball just out of play.
18:3714 days ago

5' HEUNG-MIN SON IS A REMARKABLE PLAYER AND HE HAS PUT HIS SIDE IN FRONT! Ndombele turns in midfield and sends a beautifully weighted ball over the top for Son who buries it clinically! It's 1-0 to Spurs !
18:3514 days ago

4' All the possession so far has been for City up until the last few moments as Spurs broke down the other end, with Region trying to knock the ball past Walker but unsuccessful on this occasion.

Very interesting battle between the two is likely to ensue this evening.

2' First shot of the game was from Joao Cancelo, who advanced a long way before having a strike from distance which Hugo Lloris caught comfortably.
18:3014 days ago

1' The game is underway here at the Tottenham Hotspur stadium!
18:2914 days ago

There will be a minute silence for the legendary Ray Clemence, who played for Spurs 330 times.
18:2614 days ago

The two teams have walked down the tunnel and the match is almost ready to begin!
18:2114 days ago

Last time between the two sides

Last time Spurs played Man City was at the Tottenham Hotspur stadium, where debutant Steven Bergwijn scored a fantastic opening goal for the home side.

Heung-Min Son's goal wrapped up a 2-0 win for Spurs against a ten-man City side who had Oleksandr Zinchenko sent off.

The fixture between Tottenham and Man City typically produces a winner, but historically has been very tight between the two sides, with Man City winning 63 times and Spurs winning 62 times.

There have been 36 draws between the two clubs.

Grab yourself a drink and get comfortable because this match is set to be one of the games of the season!
18:1214 days ago

Pep Guardiola admitted Spurs are title contenders in his latest press conference which you can read about here.

A true showdown is on the cards tonight.

Just over 30 minutes until kick-off!

City's last game in the Premier League was their 1-1 draw with Liverpool.

Salah and Jesus scored the goals, while De Bruyne missed a penalty that would have given the Citizens a huge victory.

Harry Kane scored the game's only goal to hand the three points to Spurs.

Bergwijn, who scored on his debut for Spurs against Man City, is preferred over Bale, while Sissoko is also preferred to Lo Celso for the home side.

Spain hero Ferran Torres starts for Man City, while Foden, Sterling and Aguero are all on the bench.

The game will be broadcasted live on Sky Sports Main Event and will kick-off at 5:30pm.
17:1614 days ago

Welcome to Vavel UK's live text coverage of the match between Tottenham and Manchester City.

I am your host Dan Huggins (@Dan_H26) and I will be keeping you up to date with every event from the match.

Tottenham Hotspur vs Arsenal preview: Team news, ones to watch, predicted lineups and how to watch an hour ago

Jan Bednarek signs new four and a half year deal: An old head on young shoulders 7 hours ago

Burnley 1-1 Everton: A point-a-piece in a hard fought match 11 hours ago 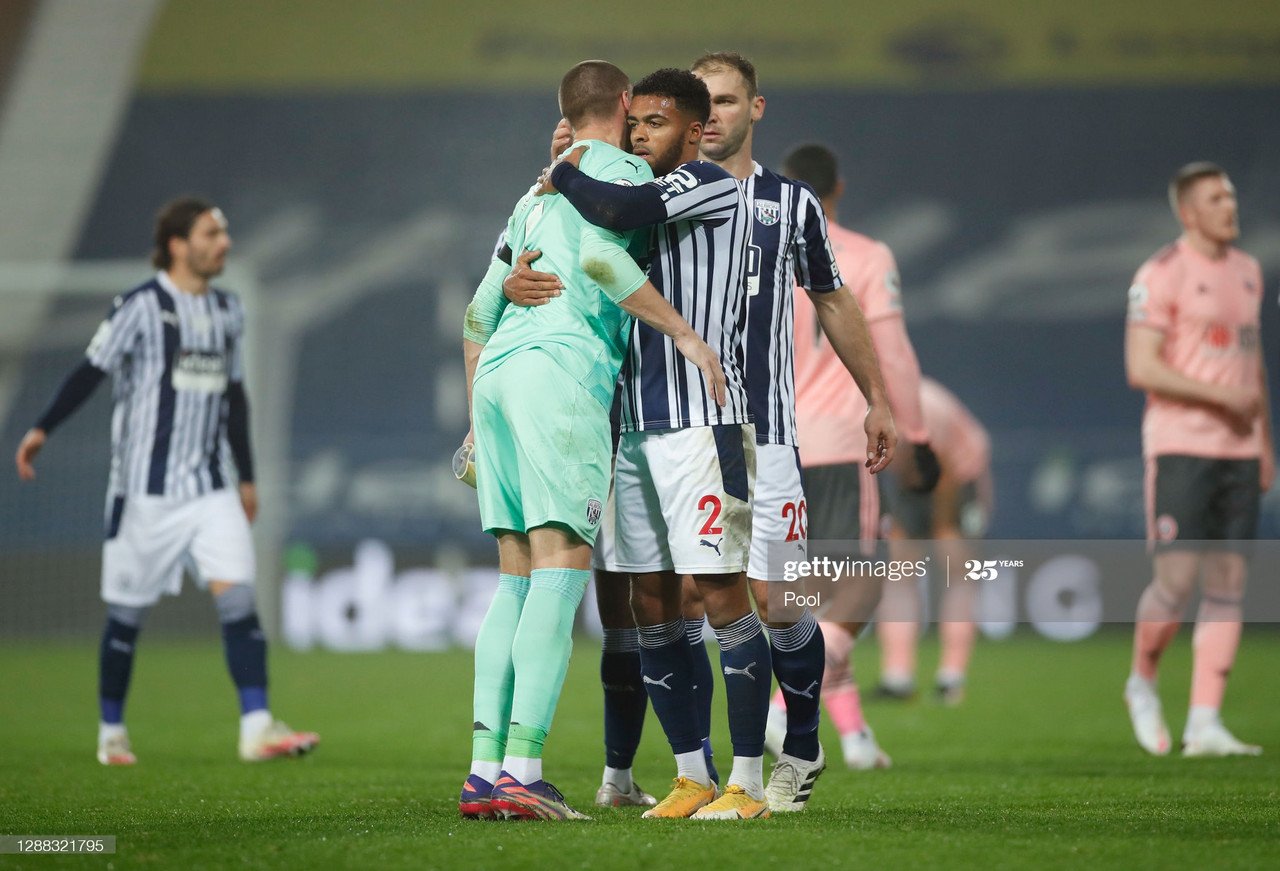