Carlos Vinicius scored his first goals for Tottenham Hotspur took another step towards qualifying for the Europa League knockout stages with victory over Ludogorets.

Harry Winks' remarkable long range effort and Lucas Moura's calm finish completed a comfortable win for Jose Mourinho’s side, who never had to get out of second gear.

With Heung-Min Son and Harry Kane ahead of you in the pecking order, it must be hard as a Tottenham striker to picture your path to the first team. What Vinicius showed tonight was that, although he won’t be usurping Kane any time soon, he can become a reliable replacement for Jose Mourinho as we enter the hectic month of December.

Vinicius led from the front from the first minute, harrying Plamen Iliev in the Ludogorets goal whenever he could. The visitors, despite their domestic prowess, looked out of their depth once again on the European stage, and Spurs sensed blood every time they tried to play out from the back.

After just fifteen minutes the home side had had six shots on goal, four of them coming from Gareth Bale. Three times he lined up a free-kick from the edge of the area, coming closer to threatening Iliev each time – Ludogorets were wise not to give him a fourth.

Penned into their own half and looking increasingly terrified to play out from the back, it wasn’t long before Ludogorets resistance was broken.

A ball forwards was deflected into the path of Vinicius, who gave the goalkeeper the eyes and rolled the ball home. It was a chance he would be expected to score, but the composure of the finish will have encouraged Mourinho nonetheless.

Keen to build, the Spurs press only intensified. Tanguy Ndombele was at the centre of everything, winning possession high up the pitch and driving the Spurs attacks forwards. Bale and Winks saw long-range efforts go wide, while Ben Davies almost scored a spectacular left-footed volley from a tight angle, his shot cannoning off the outside of the post.

Spurs soon doubled their lead, with Ndombele the catalyst once again. Winning the ball on the halfway line he drove forward, shaking off the challenges to get a shot away from the edge of the box. Parried into the path of Dele Alli by the keeper, the England man unselfishly squared for Vinicius to get his second, a tap in.

Spurs deserved their half-time lead – they went in at two up, but it could have been five.

Vinicius could have had his third straight from the restart, when Bale directed a header back across goal. Had the Brazilian been more alert, it would have been another tap in and a first hattrick of his Spurs career.

To their credit, Ludogorets started the second half with far more attacking adventure than they had shown in the first, but soon the game settled back into its familiar pattern.

Bale should have scored when released by Matt Docherty at the far post, but Iliev did well to close down the angle – that Docherty may have been offside when he delivered the cross gave the Welshman a slight reprieve.

If the first two goals were simple finishes, the third was anything but. Receiving the ball near the half-way line, Winks looked up and saw the keeper off his line. With no hesitation, he lofted a fifty-yard chip over the head of Iliev and into the empty net.

If he meant it, it was executed to perfection. There was some suggestion that he was looking for Bale on the edge of the area, but Winks will never admit to that – and why should he?

With the result safe, Spurs continued to push forwards. For the fourth goal Vinicius turned provider, teeing up Lucas Moura to sweep home.

Scarlett almost made an immediate impact, set through on goal before being closed down by the goalkeeper. Spurs were fully deserving of their win, and the scoreline doesn't flatter them - it could have been many more.

Spurs keep up the momentum

The result will please Jose Mourinho, who started without many of his regular stalwarts, but still saw his side keep up the momentum generated by their victory over Manchester City on Saturday.

His side face Chelsea this weekend in the Premier League as they try and maintain their place at the top of the table.

Leeds United vs Brighton and HA Preview: Form guide, team news, manager thoughts, who and how to watch4 hours ago

Everton vs Bristol City preview: How to watch, team news, predicted lineups and ones to watch5 hours ago 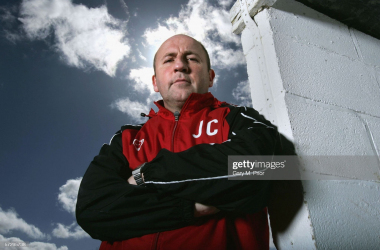 Accrington vs Gillingham preview: How to watch, kick-off time, team news, predicted lineups and ones to watch16 hours ago 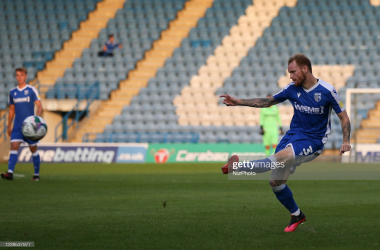 Birmingham City Women vs Brighton preview: How to watch, kick-off time, team news, predicted line-ups and ones to watch4 hours ago

Leicester City vs Southampton: Where could the game be won or lost?18 hours ago