Second half braces by Wilfried Zaha and Christian Benteke helped Crystal Palace to an impressive 5-1 victory over ten-man West Bromwich Albion at The Hawthorns.

A Darnell Furlong own goal handed the Eagles the lead inside eight minutes before a Conor Gallagher strike on the half-hour mark levelled up the scores.

However, four minutes later Matheus Pereira received his marching orders after being adjudged to kick out at Patrick Van Aanholt.

This completely changed the complexity of the game and ten minutes after the break a curling Zaha effort put Palace back in front.

Just before the hour mark, a Benteke header saw Roy Hodgson’s side get a third before a Zaha close-range strike added a fourth on the 68th-minute mark.

The rout was then completed with eight minutes left when Benteke's low shot arrowed into the bottom right-hand corner, consequently moving Palace up to 11th in the Premier League.

With only four minutes gone on the clock, the away side went a whisker away from breaking the deadlock when Zaha's intricate play found himself inside the area but his effort was fired narrowly over the crossbar.

However, on the eight-minute mark, Palace's early pressure paid off when Zaha's low cross from the right caused panic to the Baggies defence and Furlong failed to clear his lines as he instead stroked the ball into his own net.

The home side did respond quite well to going behind and were almost level when a Matt Phillips cross from the left found Pereira unmarked inside the area, but his glancing header was straight at Vicente Guaita.

Three minutes later Zaha was involved again for Roy Hodgson's men when a Benteke crossfield ball found the winger, but his first-time volley was sliced off target.

Moments later Furlong went so close to making up for his earlier mistake when his header from another Phillips delivery crashed off the crossbar before Karlan Grant's effort from range was held by Guaita.

Slaven Bilic's side continued to pile on the pressure and carved out another opportunity on 26 minutes Pereira found Phillips at the back post, but his header landed straight into the arms of Guaita.

Four minutes later, West Brom did earn a deserved leveller when Furlong was found down the right, and at the second time of asking he found Conor Gallagher inside the area who had the simple job of striking the ball into the bottom right-hand corner.

Although matters got tough for the hosts 11 minutes before the break as after consulting the VAR screen, referee Paul Tierney sent off Pereira after he adjudged the midfielder to kick out at Patrick Van Aanholt off the ball.

This incident unsurprisingly altered the pattern of the game as Palace began to dominate and could have gone ahead again, but Gary Cahill's low shot inside the area was blocked away to safety on 39 minutes.

Two minutes before the interval despite having a man less, the Baggies could have taken the lead when Grant latched on to a nod down inside the box but his half volley from point-blank range was deflected over the crossbar.

A minute later Eberechi Eze saw an effort not go too far away when his first-time strike on the turn flashed a couple of yards wide of the left-hand post.

After the break, the Eagles began to gain control and Benteke had his first chance of the afternoon on the 50th-minute mark when he was slipped in on the left-hand side, but his powerful effort arrowed across the face of goal and out for a throw-in.

Three minutes later Sam Johnstone was forced into his first save of the afternoon after Van Aanholt played a nice one-two with Benteke, but the full-back thundering effort was well parried away by the Baggies number one.

A minute later the hosts thought they should have had a penalty when Gallagher went down under a challenge by Cheikhou Kouyate but the referee waved away the claims.

Then on the 55th minute mark the away side's second-half pressure paid off when Zaha cut in from the left-hand side and bent a shot into the right-hand corner leaving Johnstone with absolutely no chance.

Things then got worse for West Brom just before the hour mark when Van Aanholt got to the left-hand byline and his cross found Benteke unmarked inside the six-yard box, and he had the simple task of guiding the ball into the bottom right-hand corner.

With 22 minutes remaining the visitors got a fourth when an Eze individual run found its way inside the area before it was stopped in his tracks, but the loose ball fell to the feet of Zaha who hooked the ball past Johnstone for his second of the game.

Benteke then wrapped up the three points with his brace when on the turn inside the box he fired the ball low into the bottom right corner after being found by Nathaniel Clyne on the right-hand side.

This completed a result that was much needed for Palace following the fact that they were unable to pick up any points in their previous two outings.

Much needed lift for Eagles

After losing the last two games against Newcastle United and Burnley, ahead of the encounter at the Hawthorns Palace really needed three points not only for confidence but to also ensure that they do not get dragged towards a relegation dogfight.

This is exactly what they got as an inspiring and almost faultless second-half performance helped them towards their biggest ever win on the road in the Premier League and it was one that Hodgson will undoubtedly be immensely proud of.

It further is a result that can be built on when hosting in-form Tottenham Hotspur in a weeks time.

Before Pereira’s sending off West Brom were well in this encounter and at the moment before he got sent off they were the ones arguably looking the more likely to go ahead.

However, because of the red card, it put the Baggies under the cosh for far too long and when you are coming up against players with the calibre of Zaha, Eze and so who know they now have the advantage, Bilic's side were always going to struggle to get anything out of the match.

The trip to West Brom was Zaha’s first game in the last two as he was forced to self-isolate due to testing positive for COVID, and off today’s performance, it is evident why they missed him so much in the previous two clashes.

At times today, he was mesmerising to watch as he caused the Baggies defence multiple problems down the left-hand side and if Palace want to have a successful season, they need to ensure that he stays fit as much as possible.

This is proved by the fact that since September 2017 Palace have played 17 games without Zaha, they have lost 15 of them while only winning the remaining two.

This alone just proves how significant he is to Hodgson’s team and that was further proved by his outstanding showing today at the Hawthorns. 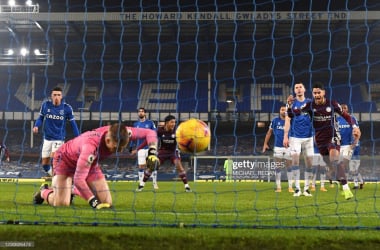 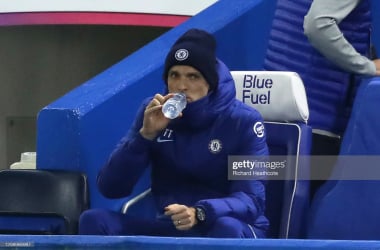 The Warm Down : Chelsea fail to impress in 0-0 draw against Wolves as Tuchel takes charge. an hour ago 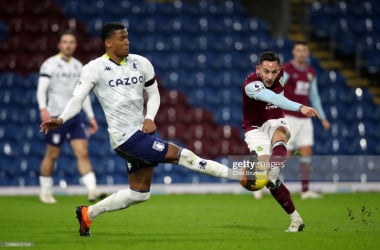 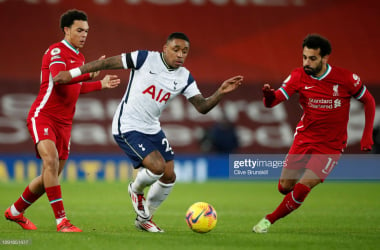 Tottenham Hotspur vs Liverpool preview: How to watch, kick-off time, team news, predicted lineups and ones to watch 17 hours ago 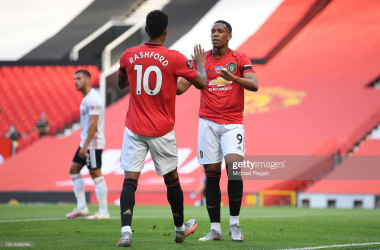 Manchester United vs Sheffield United: Things to look out for 17 hours ago 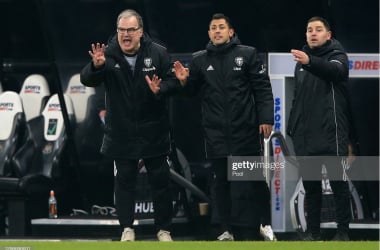 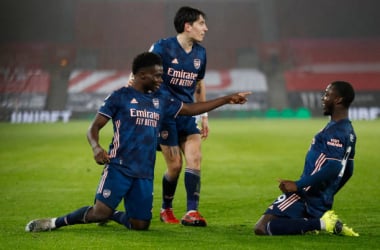 The Warm Down: Superb Arsenal move up to 8th a day ago 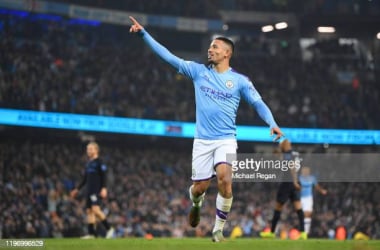 When will Gabriel Jesus get the chance he is looking for?&nbsp; 16 hours ago
Restore your password
Please enter your user name or email.
Login Member or Writer Panel
Enjoy your own Customized Newspaperwith VAVEL topics' carousels!