Championship table-toppers Norwich City will be aiming to complete a league double over Bristol City when the two sides meet at Carrow Road on Wednesday evening.

The Canaries are currently on a four-game unbeaten run and hold a four-point lead over second-placed Swansea City, but with 22 games still to go, they will be keen to continue their momentum.

On the other hand, Dean Holden’s Bristol City sit in ninth position with 36 points to their name. The Robins have been poor on the road of late, but they will still have genuine hopes of finishing in the top six at the end of the campaign.

Having missed the last two games after testing positive for COVID-19, Norwich goalkeeper Tim Krul could be involved against Bristol City. There is a chance that Lukas Rupp and Josh Martin could also return to the squad as they both returned to team training earlier this week.

However, striker Teemu Pukki is still ruled out with a side strain, Christoph Zimmermann has a hip muscle strain so will also not feature, while full-backs Bali Mumba and Xavi Quintilla are still isolating after testing positive for COVID-19. The Canaries announced the signing of Greek left-back Dimitris Giannoulis on Tuesday afternoon, but he is still awaiting confirmation of a work permit.

There is some positive team news for the Robins, as Antoine Semenyo looks set to return to the squad after missing Saturday’s match with Preston North End due to personal reasons.

Several Bristol City players are still sidelined though, such as Andreas Weimann, Callum O’Dowda and Jay Dasilva. Despite recently returning to training, Liam Walsh, Nathan Baker and Joe Williams are all still unavailable.

After beating Cardiff City 2-1 in South Wales on Saturday afternoon, Norwich sit top of the Championship with 50 points from 24 games. First-half strikes from Grant Hanley and Todd Cantwell secured the Canaries’ eighth away league victory of the season, but the league leaders have been in fine form at Carrow Road too; their only home defeat came in early October.

The chances of Bristol City becoming the second team this term to come away from Norwich with all three points look slim based on the Robins’ recent away form. They have lost four of their last five matches on the road, but they are yet to be beaten in 2021. On Saturday, they defeated Preston at Ashton Gate, with Famara Diedhiou and Zak Vyner each finding the net to secure a 2-0 win.

Scotland international Kenny McLean has been a driving force in Norwich’s midfield in recent weeks and he could play a key role again on Wednesday evening.

Oliver Skipp’s excellent protection of the defence allows McLean to push forward where possible in order to help the Canaries break down their opponents. The 29-year-old scored a brace when Bristol City last visited Carrow Road, so the Robins’ supporters will be well aware of the quality he possesses.

Experienced striker Chris Martin made over 100 league appearances for Norwich at the start of his career after coming through the club’s academy. He was part of a successful period for the Canaries too, as they won back-to-back promotions to reach the Premier League.

Now with Bristol City, Martin will be eager to cause his former club some problems in order to help his new team push for the play-offs.

An early double from Finnish striker Pukki inspired Norwich to a 3-1 victory over the Robins at Ashton Gate back in October. Jack Hunt pulled a goal back for Bristol City shortly after Pukki’s double, but Emi Buendia secured the win for the Canaries with an exquisite finish on the stroke of half-time.

That result extended Norwich’s unbeaten run against the Robins to nine matches; their last defeat in this fixture came in 2009, when goals from Cole Skuse and Bradley Orr earned Bristol City a 2-1 victory in East Anglia.

This match will kick off at 6pm on Wednesday January 20 and will be broadcast live on Sky Sports Main Event and Sky Sports Football.

Speaking ahead of the game, Norwich head coach Daniel Farke emphasised the need for his team to keep picking positive results up, with just under half of the season still to be played.

He stated: “We're not looking too much at other results, you never know who is in the best position. It's always a bit tricky, I expect the other competitors to win their games in hand, so even if we win it's not like we're seven points clear. In the Championship, it's all about consistency, we have to keep going.

“We want to play on Premier League level, we are in this position, we're there playing the best season in the history of the club so far in difficult circumstances. I can't complain too much and have to praise my lads, but it's not done and we have to keep going. There's still lots of work to do.”

Meanwhile, Bristol City boss Holden used his pre-match press conference to send a message to former Robins manager Steve Cotterill, after it was announced that the 56-year-old spent the weekend in intensive care after testing positive for COVID-19.

Holden said: “It's really sad and surprising to hear that news. I spoke to him 10 days ago on the back of his manager of the month award.

"He's been out of the game but come back and got manager of the month in his first game.

"He's obviously been doing a really good job at Shrewsbury, and it's sad news to hear that he's been in intensive care. So on behalf of myself and everybody at Bristol City Football Club we wish him well."

Wycombe Wanderers 0-2 Norwich City: Canaries battle past the Chairboys after an entertaining second-half performance 2 hours ago 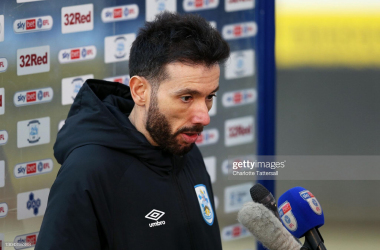 The Warm Down: Preston North End ease past Huddersfield Town at Deepdale 6 hours ago 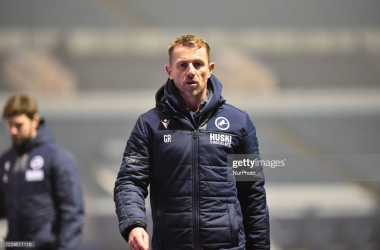 Post-Match Analysis: Wolves and Newcastle play out an entertaining draw on Tyneside 5 hours ago