Gillingham and Sunderland will face off in League One action on Saturday, with both sides eyeing up the play-off positions in the division.

Sunderland are just one point off sixth-placed Charlton Athletic and could go as high as fourth with a win, whilst Gillingham are edging ever closer as they hit form at the right time.

Here is our preview of the match.

Sunderland could be without Bailey Wright for the game after the defender went off against Ipswich Town in the week. New signing Sam Vokins - who joined on loan from Southampton on Friday - could start at left back.

Tom O’Connor is struggling with a groin issue, but he is Gillingham’s only fresh injury concern going into the game.

Henry Woods could be available for selection, returning to training this week after a minor operation, and new reserve goalkeeper Sacha Bastien is expected to be among the substitutes.

Chris Maghoma and Dominic Samuel are longer-term absentees, whilst Jacob Mellis is being assessed on a game-by-game basis before requiring surgery on a cartilage issue in the summer.

Sunderland have only lost one of their last nine games, but have struggled for form at home. They have, however, won back-to-back games 1-0 - vs Shrewsbury Town and Ipswich Town - so will be high on confidence going into this one. They are currently seventh in EFL League One and one point off the play-off spots.

After losing five goals in six games, Gillingham have picked up seven points from the last nine available to them. They most recently beat Crewe Alexandra 4-1 on Tuesday evening, and sit 12th in EFL League One.

Charlie Wyke is one to watch for Sunderland. The forward has had an up-and-down career in then northeast, but he has hit form this season and has scored 12 goals from 23 League One games, placing him third in the top scorers chart - one behind leaders Jonson Clarke-Harris and Luke Jephcott.

Olly Lee is one to keep an eye on for Gillingham. The attacking midfielder has helped turn Gillingham’s fortunes around after rejoining the club on loan earlier this month, and picked up two goals and an assist in the win against Crewe.

He also scored at the Stadium of Light against Sunderland last season, so keep one eye on Lee on Saturday.

The teams last met in the reverse fixture earlier on this season, when Sunderland ran out of Priestfield 2-0 winners thanks to late strikes from Chris Maguire and Lynden Gooch. Jordan Graham had earlier missed a penalty, before Alex MacDonald saw red for Gillingham for dangerous play.

In last year’s equivalent of the fixture, the teams drew 2-2 after former Mackem Michael Mandron equalised for the Gills late on.

In total, the teams have crossed paths 15 times in their histories. Sunderland lead the way in terms of victories with eight wins to Gillingham’s three, whilst there have also been four draws between the sides.

Sunderland manager Lee Johnson told the press: “Steve Evans, first and foremost, is a very successful manager, particularly at this level. His sides are always competitive, and we have got to earn the right.

“They are in good form. They beat a very good Crewe side convincingly in midweek, and they pressed extremely high.

Gillingham boss Steve Evans told the press: "We are playing against, arguably, the team with the best players in the league. A change of manager normally produces an upturn in results and I think Lee is starting to see that now.

"We are going to play against a good team at an absolutely fantastic football stadium, and we are looking forward to it."

Barnsley vs Sheffield United preview: How to watch, team news, predicted lineups and ones to watch an hour ago 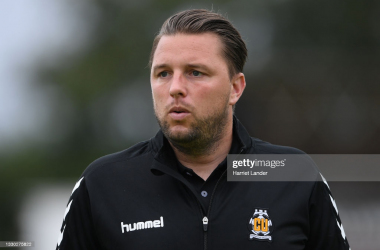 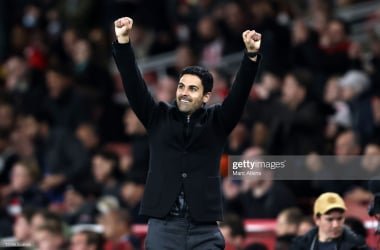 Cardiff City vs Middlesbrough preview: How to watch, team news, kick-off time, predicted lineups and ones to watch 6 hours ago 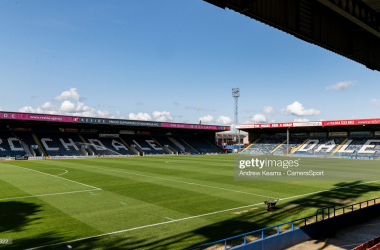 Rochdale vs Sutton United preview: How to watch, team news, kick-off time, predicted lineups and ones to watch 6 hours ago

No creativity, no control, and no quality: Vitesse loss provides another example of Tottenham’s fragile squad 21 hours ago

Chelsea vs Norwich City preview: How to watch, kick off time, team news, predicted lineups and ones to watch 20 hours ago

Blackpool vs Preston North End preview: How to watch, kick-off time, team news, predicted lineups and ones to watch 18 hours ago