Manchester City win 4-1 at Anfield and end a 18 year wait for a victory at Liverpool's home.

Resounding victory which sees the Reds' title chances slip away and City take a firm grip on the Premier League trophy.

Deep into three minutes of added time here
19:106 months ago

Unbelievable goal from Foden who finishes the game once and for all with a wonderful goal
19:096 months ago

Striving for something towards the end Liverpool but very little doing in what has been a chastening second half for the champions.
19:046 months ago

Horrendous once again from Alisson and City finish the match off as a contest. 3-1, Sterling couldn't miss at the back post
19:016 months ago

This time it won't be disallowed as Gundogan scores again after a calamity of errors from Alisson Becker. Dreadful moment.
18:596 months ago

City score through John Stones but it's temporarily at least ruled out for offside.
18:576 months ago

Fabinho booked for a foul on Phil Foden
18:566 months ago

Liverpool equalise from the spot through Mohamed Salah. 1-1
18:506 months ago

Dias fouls Salah and he can equalise from the spot
18:456 months ago

Jones goes close this time after a superb cross field pass from Alexander-Arnold
18:426 months ago

Shot from Curtis Jones goes harmlessly over the bar
18:376 months ago

City lead via Ilkay Gundogan who couldn't miss as he makes up for his first half penalty miss.
18:336 months ago

Liverpool kick off for the second half
18:186 months ago

All square at the break with Liverpool arguably the better side but it was the visitors who had the chance from the penalty spot.
18:156 months ago

The free kick earns a corner that sees a Mane header only find the arms of Ederson. Almost half time
18:146 months ago

Dangerous free kick on the stroke of half time for Liverpool
18:116 months ago

More good play from Liverpool and this time Salah gets a shot away. Blocked on route to goal but there is a threat from the Reds.
18:086 months ago

Let off for Liverpool and Fabinho in particular. The hosts must capitalise
18:076 months ago

Sterling collides with Fabinho's trailing leg at Manchester City can take the lead from the spot
18:066 months ago

Positive spell of possession for Liverpool but without a clear sight of goal at the end
18:036 months ago

Corner for Liverpool as Alexander-Arnold's influence grows in the match
17:596 months ago

Roberto Firmino goes close with a half volley from the edge of the area but Ederson tips over
17:556 months ago

First sign of sharpness comes from Alexander-Arnold sees Mane have half a chance but his header flies over
17:546 months ago

Remains a lack of impetus from Liverpool up until now. Chances are there but the emptiness of the surroundings is meaning the Reds aren't going full throttle as you'd expect
17:516 months ago

Really good driving run from Wijnaldum but the move peters out as Liverpool inexplicably retreat
17:466 months ago

Game of no chances so far as City begin to dictate possession
17:416 months ago

Mohamed Salah almost gets in behind from a Roberto Firmino pass but the deflection denies the Egyptian
17:376 months ago

Quiet start with both sets of attackers pressing high
17:336 months ago

Early booking for Thiago for a foul on Gundogan
17:306 months ago

The teams walk out to an empty atmosphere with You'll Never Walk Alone playing
17:206 months ago

It's never easy predicting a match of this magnitude, especially given the success of the two respected sides in recent seasons.

However, with Liverpool welcoming some key players back there is cause for optimism for the hopes and as such...

We are just 10 minutes from kick off at Anfield ad the players are in the dressing room ahead of what is set to be a huge clash.
17:066 months ago

Klopp suggests playing either of his two new centre-backs in their first Premier League match against City would've been a tough ask.
17:046 months ago

''Today's approach will be a mix of proper football and defending. Keeping them busy and making them do things they don't want to do. We often love playing against possession teams.''
17:036 months ago

''Returning players, it's god it's always good when you can make decisions. I'm happy with it.''

''They've had four sessions together, we have options and we have decided to opt for the more settled option.''

New signing Ben Davies left out of the squad altogether whilst Ozan Kabak earns a place on the bench
16:366 months ago

Liverpool's struggles of late have generally come against sides who sit deep and look to nullify Jurgen Klopp's attackers.

City will almost certainly look to fight fire with fire at Anfield and this could benefit the Reds, although it is thwart with danger.

We are around 15 minutes away from confirmed team news at Anfield.

That's all for now but I will be back around 15:00 for more pre-match build up including previews, prediction, confirmed team news and manager comments.

All before the action on the field commences.

On current form City would be strong favourites for this one. However, with potentially this seasons title hopes on the line it would be reticent to rule out a sparkling Liverpool performance to keep hopes alive on Merseyside.
13:536 months ago

There was uncharacteristically some needle between the two respectful managers in the build-up as Reds boss Jurgen Klopp suggested today's opponents had been afforded a 'break' when they were forced to miss matches due to a Covid-19 outbreak.

Guardiola took exception to the comments in his own press conference and vowed to obtain an explanation from Klopp today.

Pep Guardiola's side have two issues of their own in terms of selection with key figures Kevin de Bruyne and Sergio Aguero both long-term absentees for the league leaders.
13:436 months ago

Liverpool's well-documented issues with injuries have subsided ever so slightly this week with Alisson Becker, Fabinho and Sadio Mane all expected to feature here.

Today's visitors to Anfield have had their own, very disparate issues inside the L4 stadium as they haven't tasted victory at Liverpool's home since 2003.

Recent results here both domestically and in Europe have gone on to be season defining, this could prove no exception.

Prior to defeat to Burnley a fortnight ago, Liverpool were unbeatable at fortress Anfield.

However, since the loss to Sean Dyche's side, the Reds have also been beaten by Brighton and will hope to avoid three consecutive defeats at home here.

Despite Manchester City holding a seven point advantage over Liverpool coming into this clash, there is still plenty riding on the 90 minutes for both sides.

A win for an injury-hit Liverpool side would give the reigning champions belief they can still mount a genuine title challenge.

You can watch the match on Sky Sports Premier League where the coverage starts at 16:00 BST.

Or if you can't watch live then stick with VAVEL where I will be bringing you pre-match previews, predictions, team news and of course, the all important action.

Welcome to VAVEL's live coverage of today's huge Premier League encounter between Liverpool and Manchester City. My name is Dan Clubbe and I will be your host for today's action.

Where would Ainsley Maitland-Niles fit at Burnley? 9 hours ago

James Maddison to Arsenal: Could it really happen?&nbsp; 14 hours ago 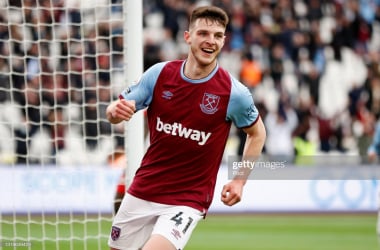 Identifying a Declan Rice replacement&nbsp; a day ago

Aaron Ramsdale to Arsenal: Good move or one to avoid? 2 days ago

Is Tammy Abraham the answer to Arsenal’s striker conundrum.&nbsp; 2 days ago
//