Wolverhampton Wanderers make their way down to the south coast tomorrow aftternoon, with the aim to bare their teeth against a Southampton side that beat them in mid-week, in the FA Cup, and get back to winning ways.

The match on Thursday night between the two sides was a very one sided affair, with Southampton running out eventual 2-0 winners at Molinuex. Wolves were never really at the races with goals from Danny Ings and Stuart Armstrong seeing the Saints comfortably through to the next round of the cup.

Wolves started the game with a second strung line up, with players like Adama Traore, Pedro Neto and Willian José being introduced later on. The Saints fielded a strong line up which was partly due to their injury woes.

Looking towards the Sunday lunch time clash, VAVEL has a look back at three classic encounters between the two sides at Saint Mary's.

Wolves' most recent win against the Saints came last season, on away territory with both teams going for the win, with five goals in the game.  Raúl Jiménez's 76th minute goal was Wolves' third and the final goal in a thrilling contest.

The first goal was a volley from a James Ward-Prowse free-kick at the back post from Bednarek that nesstled in the top corner, it was the Polish internationals second goal for the Saints.

Southampton's second goal came just 20 first half minutes later through Long who guided a cushioned header into the bottom left corner out of reach of Alex McCarthy in the Saints goal.

At half time Wolves looked down and out but just 8 minutes into the second half the Men in gold and black struck back through Pedro Neto who controlled a Traore cross and volleyed it into the net on the turn.

Ralph Hasenhüttl's men had no reply for Raúl Jiménez in the second half, with the Mexican striker scoring a double, the first coming from the penalty spot after Jonny was taken down in the box. Jiménez was instrumental in the build up for his second as he played Traore through, he broke into the box before cutting the ball back to Jiménez who struck the ball into the Southampton net.

This game didn't have as much drama as the last game as all the goals were scored in the first half.

Wolves struck twice within the first 20 minutes through Chris Iwelumo and David Jones. Iwelumo who was in sintilating form in the Championship this season scoring 14 goals in 31 games.

The first goal was scored from a Carlos Edwards cross that Iwelumo nodded into the net to put Wolves 1-0 up in the 8th minute.

Wolves' second goal came swiftly after through Jones, who was set up by Edwards getting his second assist of the game, in the 17th minute.

The saints replied almost immediately through Alex Pearce who was assisted by Adam lallana. Lallana put a corner straight on Pearce's head who powered his header into the Wolves goal in the 21st minute.

This game was Wolves' first victory over Southampton since 1980.

In a game where the Southampton team was packed full of future Premier League players, Wolves fans looking back now would class themselves lucky to have not lost by more. With the likes of Gareth Bale, Kenwyne Jones and Nathan Dyer in their starting 11.

The saints went 1-0 up in the 39th minute through Bradley Wright-Phillips, scoring his first goal in two months he put his curling effort from the edge of the box into the top corner.

The second was scored by Jones with a volley from 12 yards out, securing the points for the Saints. Wolves managed to stop the Southampton barrage, defending resolutely against the fierce Saints attack.

The Southampton manager George Burley forshadowed the two goalscorers future success saying "They are both young lads and if they continue to play like that it will be hard to drop them.".

On This Day: Bakary Sako scores a quickfire double to sink Fulham. 3 days ago

Where will Wolves finish this season? 3 days ago

The Warmdown: Wolves do the double over Leeds 7 days ago 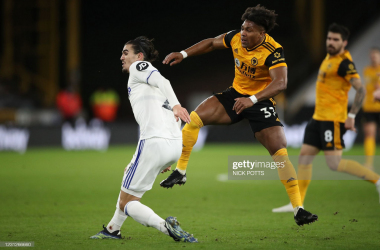