Following midweek’s narrow victory over MK Dons, Blackpool return to Bloomfield Road tomorrow, looking to build on their impressive recent form, and continue their push for the play-off places, as they host neighbours Fleetwood Town.

The Seasiders are unbeaten in six matches, losing just one in their last ten league matches. They’re also unbeaten at Bloomfield Road since late October, with just three home defeats all season. Blackpool sit in 11th place, only four points off Portsmouth in 6th with three games in hand. A win for Neil Critchley’s men could see them break into the top 10 for the first time since September.

Opponents, Fleetwood, now led by former Blackpool boss, Simon Grayson, have rediscovered their form of late. The Cods have won three matches on the spin with just one defeat in their last six matches. Sitting in 14th place, Fleetwood are only two points behind Blackpool but have played four more matches than their Fylde Coast neighbours.

Gary Madine is edging ever closer to a return for Blackpool, with the striker having been back in training for the past week after missing the last eight matches with a groin injury. Centre-half, Dan Gretarsson, has also returned to training following a long-term injury, but Saturday’s match will likely come too soon for the Icelandic defender. Marvin Ekpiteta and Keshi Anderson both remain sidelined.

Meanwhile, Fleetwood have no fresh injury concerns and are likely to name a strong squad for the short trip to Bloomfield Road.

Once again, Jerry Yates was the match-winner for Blackpool in midweek, with another composed finish taking him to 12 league goals for the season, 14 in all competitions. His tireless hard work, clever link-up play, and composed nature in front of goal has solidified Yates as the key-man in Blackpool’s attack.

Former Blackpool striker, Kyle Vassell, joined Fleetwood on loan in January and is starting to prove why he was so popular at Bloomfield Road. Vassell has netted three times for the Cod Army, including the winner, last time out against Gillingham, and will be hoping to haunt his former club tomorrow and play an equally important role.

Blackpool were victorious in this seasons reverse fixture at Highbury, with a header from Gary Madine securing a 1-0 victory for Neil Critchley’s men.

The last match between the two sides at Bloomfield Road came in December 2019, with Simon Grayson still in charge at Blackpool at the time. Goals from Liam Feeney, Sullay Kaikai and Armand Gnanduillet saw Blackpool come away with an impressive 3-1 victory and move up to 4th in the League One table.

The match will be available to watch on iFollow. Match passes for the game are available, priced at £10. Kick-off is at 3 pm at Bloomfield Road.

Brighton &amp; Hove Albion vs Everton preview: How to watch, kick-off time, team news, predicted line-ups and ones to watch 13 hours ago

The Warmdown: United battle back despite VAR controversy 17 hours ago

Burnley 2-1 vs Newcastle: The Warmdown 3 hours ago

West Bromwich Albion v Southampton: How to watch, kick off time, team news, predicted lineups and ones to watch. 20 hours ago

Tottenham Hotspur 1-3 Manchester United: Cavani header turns it around during best display as a United player 21 hours ago

The Warm Down: Trent late winner secured the points a day ago 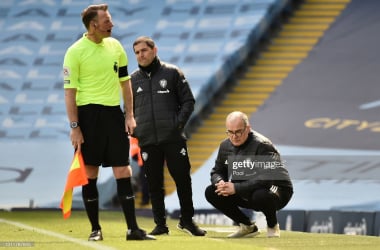