That's all for tonight!

That's all from me tonight!

Thanks for following along with this Premier League encounter, Spurs needed that one.

Check out more reactions to the game on VAVEL.com!

That win takes Spurs back into the top six, just three points off Chelsea in fourth.

Lucas Moura deservedly picks up the Man of the March award, for an excellent performance.

Kane becomes the first player this season to have 30 goal contributions in the league (17G, 13A).

Villa started the game strongly but failed to capitalise.

Spurs were mediocre in the first half, but Vinicius got that all-important first goal.

Kane doubled the visitor's advantage from the spot after he was brought down by cash.

Spurs have been excellent in this second half. They have played with much more confidence.

Four minutes to go in this one.

The Dutchman does well as he escapes a challenge from Cash.

He travels the length of the pitch but just runs out of steam as he gets into the box.

86' - Lucas Moura has been brilliant tonight

What a game Lucas is having. 86 minutes in and still looks full of energy and pace.

He does well to get Spurs out of trouble with a neat roulette, before winning a foul on the half-way line.

Ross Barkley looks like he's about to pull one back for Villa, but the young Englishman gets back to block the shot well.
22:08a month ago

Into the last ten minutes here. Tanguy Ndombele makes way for Moussa Sissoko.
22:07a month ago

Villa make their final change of the night, as Trezeguet is replaced by Keinan Davis.
22:06a month ago

Spurs go close to a third! Bergwijn tees up Hojbjerg who thunders a shot into the palms of Martinez.

The Villa keeper parries it out to Vinicius who cant quite sort his feet out, and the danger passes.

Lucas Moura does brilliantly to beat Cash to a loose ball. The forward is caught and Cash is booked.
22:00a month ago

Villa are turning it up a gear now.
Trezeguet whips a ball just outside of the post.
21:55a month ago

Harry Kane makes a mess of a through ball. Matty Cash slides in and catches Kane.

VAR will not overturn this one.

66' - Substitutions from both sides

Steven Bergwijn is coming on in place of Giovani Lo Celso for Spurs.

Morgan Sanson makes way for Ross Barkley for the home side.

Chance for Villa, as El Ghazi unleashes a shot just wide of the Spurs goal.
21:47a month ago

Dean Smith makes his first change of the night.

Trezeguet has a shot blocked at point-blank before, John McGinn fires a shot safely into the hands of Hugo Lloris.

Sergio Reguilon looks like he's picked up a knock on his ankle.

He is replaced by Ben Davies.

Some lovely play from Kane and Lucas.

Kane beats three men in the middle of the park, before releasing Lucas down the left-hand side.

The Brazilian weaves in and out of the Villa back-line before attempting to play the ball across to Kane, but it is cut out well.

Lloris punches a ball into the box into the path of Traore.

He clips it to the back post, where Watkins heads into the six-yard box, but he is judged to have fouled Tanganga.

Kane drives into space and unleashed a shot that is deflected and just misses the outside of the post. Corner for Spurs.

Spurs kick-off the second half
21:32a month ago

Both sides unchanged at the break

Spurs and Villa remain unchanged after the half-time break.
21:26a month ago

A defensive mix-up at the back from Aston Villa culminates in Carlos Vinicius scoring his first Premier League goal! 🙌

Villa are yet to register an attempt on goal tonight, but their general play has been good.

Spurs got the goal they wanted, but Mourinho may not be happy with his player's performances. It has been slow, but clinical.

Villa will be frustrated and are sure to reload and go again in the second half.

There will be 1 minute added on at the end of the first-half.
21:13a month ago

Successive corners for Spurs. Kane gets his head to the first, but it is put behind.

Ndombele hits a volley from the second, but it just about nestles on top of the roof of the net.

35' - Spurs soaking up the pressure

Villa have certainly responded since going behind. They had a half-chance from another free-kick conceded by Sanchez.

Spurs have to push on and look for that second.

Almost from nothing, Spurs score! Reguilon goes direct over the top, Vinicius chases, with Martinez forced to clear.

Lucas gets hold of the ball and plays a one-two with Kane. The Brazilian slides Vinicius in for a tap-in!

Spurs had a five-minute spell in which they had a few decent attacks, but apart from that, they have been poor.

The same lack of intensity that let them down on Thursday is admittedly present again.

Right now, it's a question of when not if, Aston Villa will score.

Villa almost open the scoring. Sanchez gives away a cheap foul. The delivery is cleared, but Villa recycled well.

Targett is played in over the top, he tries to pull the ball back but it's once again blocked.

Spurs have been really poor for the last ten minutes.

Bertrand Traore is having a great time down the right-hand side.

He gets the better of Reguilon but his cross is just stopped by Joe Rodon.

Ollie Watkins is getting the better of Davinson Sanchez currently.

He's nearly worked his way in behind on a couple of occasions now.

Spurs seemed to woken up. Some good play from Reguilon leads to the first corner of the match.
20:39a month ago

Harry Kane and Moura link up well on the counter-attack. Reguilon is played in, but his cross is cleared.
20:38a month ago

Japhet Tanganga gives away a foul in a dangerous position for Villa.

Targett swings it in but Lucas Moura clears the danger

Kane finds himself in space on the edge of the box and opts to shoot. It's blocked well.
20:31a month ago

Do not miss a detail of the match with the live updates and commentaries of VAVEL. Follow along with us all the details, commentaries, analysis and lineups for Aston Villa vs Tottenham Hotspur
20:21a month ago

The teams have emerged from the tunnel and kick-off is moments away!
20:16a month ago

Spurs have won nine and lost one of their last ten meetings with Aston Villa.

Spurs will be hoping that this tradition continues tonight.

The players have been out finishing their warm-ups... can Spurs find a reaction to put them just three points off the top four?
20:06a month ago

Will Spurs turn it around?

Mourinho has made some significant changes to his Spurs squad tonight, they will be hoping to bounce back after what has been a horrid week for them
20:01a month ago

The Villa line-up is in!

This is how we line up to face Spurs tonight… #AVLTOT pic.twitter.com/jQefWeKTwR — Aston Villa (@AVFCOfficial) March 21, 2021

The boys have arrived!

Aston Villa have stuttered in recent games. They have not quite been able to emulate their early season form.

My prediction: I think this will be a tight game, and can see a score draw. 1-1.

How to watch Aston Villa vs Tottenham Hotspur: Live TV and Stream

If you want to watch the game on TV, your options are: Sky Sports.

Will history repeat itself?

The main piece of team news emerging from the Aston Villa camp is that Jack Grealish is set to miss the clash.

Grealish suffered a hamstring injury a few weeks ago and is expected to be out until after the international break.

Hearing that Jose Mourinho's Spurs starting XI changes and bench today are going to make a real statement and it's likely to ruffle a few feathers. That's not really a bad thing after this week. Needs to win the game though for it to have the desired effect. — Alasdair Gold (@AlasdairGold) March 21, 2021

As per Alasdair Gold, Jose Mourinho is expected to make several statement changes to the starting XI this evening.

Heung-Min Son is likely to miss out after picking up an injury against Arsenal recently.

A reshuffle of the backline is to be expected, whilst we could see changes in the middle of the park.

This is the first time the two sides face each other this season.

Villa were hit with a Covid-19 outbreak earlier in the season, and so their original meeting was postponed.

The two sides will meet at the Tottenham Hotspur stadium in May, to play the reverse fixture.

In their last meeting, just over a year ago, Spurs came out 2-3 victors at Villa Park.

Alderweireld made amends by netting an equaliser, before a Heung-Min Son brace, included a goal in injury time, secured the points for Spurs

This should be an interesting one. Jose Mourinho's Spurs make the trip to the Midlands to face Dean Smith and his free-flowing Villa.

Such is Spurs' form currently, it is hard to predict this one.

Villa will be hoping to boost their own European ambitions, whilst Spurs will be desperate for the win, in an effort to salvage anything from their dire season.

My name is Mitchell Fretton and I'll be your host for this game.

We will provide you with pre-game analysis, team updates, and news as it happens live here on VAVEL.com.

Kyle Walker-Peters: The one that got away a day ago 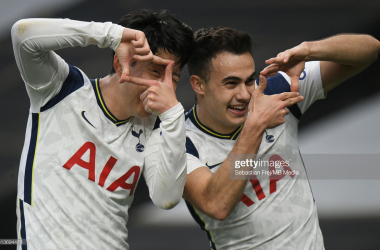 Tottenham Hotspur 2-1 Southampton: Son shines as Spurs come from behind&nbsp; a day ago 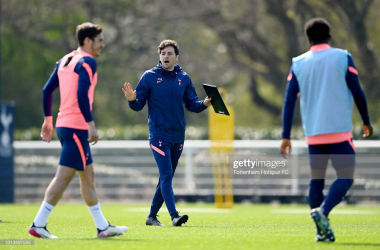 VAVEL UK writers have their say on Mourinho's time at Spurs&nbsp; 4 days ago

Spurs season ain't over just yet 9 days ago

Could Kion Etete make a jump into Spurs first team? 14 days ago
//