Anything less than maximum points at Kenilworth Road will leave Rotherham United needing to beat Cardiff City at the weekend to avoid dropping into the third tier of the English pyramid.

Moving into the dying minutes of Saturday's match with Blackburn Rovers, Rotherham were facing the possibility of requiring at least four points from their final two games to stay up.

However, Lewis Wing's late equaliser has given his side the chance to move ahead of Derby County on goal difference with victory against The Hatters.

Still needing to win at least one of their remaining two games, Paul Warne must consider the pros and cons of going all out for three points when they could profit from a draw ahead of the weekend.

Nevertheless, Rotherham now have some much-needed drive after ending their five-match losing streak, recording their first point since April 13.

On a negative note, none of Rotherham's forward line have provided a goal since three second-half strikes were scored against Queens Park Rangers on that date.

While Luton Town have long been safe from the drop, Nathan Jones will want to end one of the club's best campaigns in recent memory with a top-10 finish.

The Hatters have been punching above their weight throughout the season and they only need one point from two games to guarantee 12th spot.

Their latest step in the right direction came on Saturday as they picked up a 1-1 draw with Middlesbrough, stretching their unbeaten run to five games.

The home side come into this game off the back of a 1-1 draw with Middlesbrough. First-half goals from Glen Rea and Duncan Watmore saw the two sides share the spoils, while James Collins missed a second-half penalty for Luton.

Rotherham also played out a 1-1 draw at home to Blackburn. A late goal by Wing snatched a point for the hosts after Adam Armstrong had given Rovers a first-half lead.

Luton are comfortable in mid-table, having garnered 61 points from 44 games to date. Rotherham are running out of time to save themselves from relegation and are three points from safety with just two games left.

Despite the short turnaround, Jones will consider selecting the same Luton XI which earned a share of the spoils with Boro.

Two players have been sidelined for the hosts. Tom Lockyer (ankle) and Eunan O'Kane (broken leg) are both unavailable for selection.

George Moncur and Kazenga LuaLua are in contention for starting roles, but could have to make do with a spot on the substitutes' bench.

Goalkeeper Viktor Johansson has been sidelined with an eye injury. Meanwhile, Matt Crooks has served out his suspension for the red card he received against Middlesbrough and should be available for selection.

Wes Harding is expected to be recalled to the Rotherham starting lineup in place of Angus MacDonald, who was withdrawn before half time against Blackburn.

Ben Wiles and Daniel Barlaser are also in contention to feature if Warne opts for fresh legs in midfield.

Matthew Olosunde is an alternative to Chiedozie Ogbene at right wing-back having remained as an unused substitute at the weekend.

The striker started for the 10th match in succession and was a threat throughout the 90 minutes as Town added another point to their tally, taking them to 61 points.

It marks the second game in which Adebayo has been awarded Man of the Match, following his performance against Sheffield Wednesday in February.

Wing's late equaliser kept Rotherham off the bottom of the Championship table and increased their hopes of survival ahead of a dramatic final week of the season.

Boro loanee Wing finally ended a long and frustrating wait for his first Millers goal as he scored a late free-kick to earn a point for his side against Blackburn Rovers.

The two sides have clashed on 44 occasions in the past and Luton  have a better record.

The Hatters have 15 wins to their name, while Rotherham were victorious in 10 previous matches. The two sides shared the spoils on nine occasions.

Their most recent meeting came on November 4, 2020, when a second-half goal by James Collins gave Luton a 1-0 away win.

The hosts are unbeaten in their last five Championship fixtures, while Rotherham have just one win from their last 10 league games.

Live coverage of the game can be found on Sky Sports Football with the build up starting at 19.00 BST.

Audio packages can be found on both club websites via iFollow.

Luton have nothing left to play for, but they will be keen on ending the season on a high by winning their final home game.

With a draw potentially not doing them any favours, Warne faces a balancing act ahead of this contest. Luton's recent unbeaten streak makes them the favourites, but the visitors could battle their way to a share of the spoils.

Derby County vs Sheffield Wednesday preview: How to watch, team news, kick-off time, predicted lineups and ones to watch 20 hours ago

Championship survival race: All the permutations as Millers, Rams and Owls battle for Championship safety on the final day 3 days ago

The Warmdown: Impressive performance at Goodison Park a huge step forward for Aston Villa a day ago

Luton Town 0-0 Rotherham United: Safety out of Millers' hands as they draw a blank against the Hatters 3 days ago 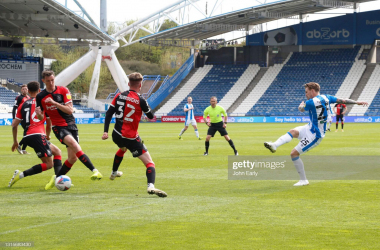 Warm Down: Huddersfield Town and Coventry City share the spoils in West Yorkshire 6 days ago 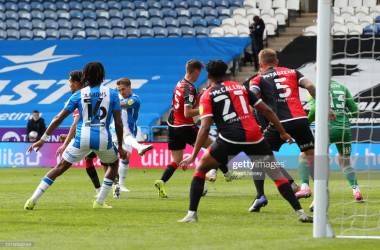 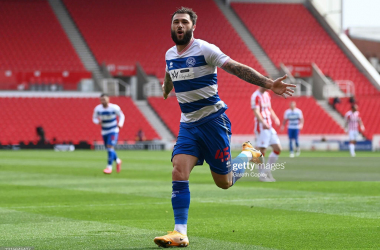 Stoke City 0-2 QPR: Potters slump to six without a win after home loss to Hoops 7 days ago
//