Wycombe Wanderers shocked Premier League Leicester City at Adams Park on Wednesday night with a late second-half strike to secure the victory for the SkyBet League One side.

Daryll Horgan scored the only goal of the game 10 minutes from time after Gareth Ainsworth's side had spent the majority of the game on the back-foot.

With both sides facing their first competitive fixtures of the season in just over a week's time, both managers used the opportunity to mix and match their side's as another chance to build fitness and momentum ahead of the start of a long campaign.

It was the hosts who started the better of the two as they looked to find an early goal in front of their supporters.

Adebayo Akinfenwa's towering presence upfront was always likely to cause problems for the Foxes backline and nearly gave the Chairboys the lead.

Chesting the ball down in the box, the journeyman striker turned and struck on goal, only for his effort to flash wide of the post.

Leicester's first real opportunity didn't come until the 20-minute mark where Caglar Soyuncu squandered a free header from a Rachid Ghezzal free-kick over the bar.

Jamie Vardy then came even closer to opening the scoring for the visitors just shy of the half-hour mark after he was picked out by the impressive Tawanda Maswanhise's ball into the box. 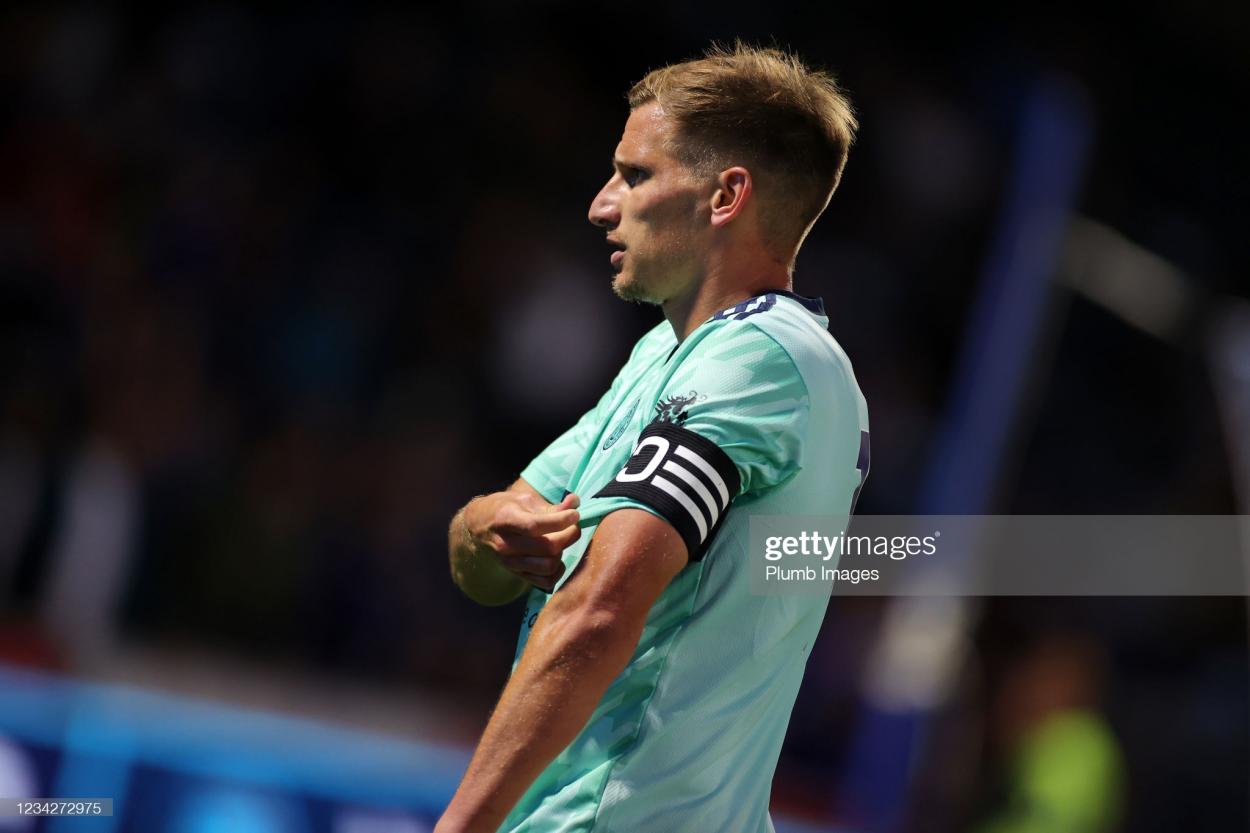 Cutting back inside on his left foot, the captain on the day struck low at goal only for David Stockdale to match his strike with a good save.

As with the trip to Burton Albion last weekend, Brendan Rodgers opted to field two different XI's in each half, with the likes of James Maddison and Kiernan Dewsbury-Hall getting more minutes under their belt.

There was also a first chance for the travelling Leicester supporters to see 17-year-old Ben Nelson in action for the first time as he partnered Filip Benkovic in the centre of defence.

It wasn't long before the Foxes had their first sight on goal courtesy of Dewsbury-Hall, as he picked the ball up from deep before lining up a shot from distance. Although a close effort, it still wasn't enough to trouble Stockdale in goal as strike flew over the bar.

Last season's top scorer Kelechi Iheanacho then had a chance of his own to break the deadlock. After a clever turn and dink from Maddison, the Nigerian was able to run beyond the Wycombe defence only to drag his shot the wrong side of the post.

One disappointment of the evening was the early substitution of Thanawat Suengchitthawon. The young Thailand international, who had looked bright in the early proceedings of the second 45, had to be replaced by Vontay Daley-Campbell after suffering an ankle injury unchallenged.

The hosts eventually began to find their own way into the game minutes shortly after an hour played as Leicester failed to clear their lines multiple times.

Scott Kashket came closest for the Chairboys with a fierce strike from inside the box, but second-half goalkeeper Jakub Stolarczyk got down well to parry the ball away to safety.

Kamal Sowah - who had been playing as a makeshift left-back - then had a chance of his own. Appearing on the right-hand side of the pitch, the Ghanian received the ball from the lively Dewsbury-Hall only for his cross-cum-shot to drag wide.

Leicester's dominance continued as it was then Maddison's turn to come close to breaking the deadlock. Combining well with Iheanacho to play a one-two, the number 10 arrived in the box but he failed to produce a clean strike on goal as Stockdale dealt with the shot comfortably.

Against the run of play with 10 minutes to go, Wycombe managed to take the lead through substitute Horgan.

Following a ricochet in the box, the former Hibernian winger capitalised on the space and fired low into the bottom right-hand corner to give the hosts the lead at Adams Park.

The Foxes had the chance to respond with an equaliser, but both Iheanacho and Marc Albrighton were denied from close range as Wycombe held on for the win.

Leicester City vs Burnley : Classic Encounters a day ago

Leicester City vs Burnley: Predicted Lineups a day ago

Millwall vs Leicester City preview: Team news, predicted line-ups, ones to watch and how to watch 2 days ago

Warm down: Foxes squander a two goal lead to draw with Napoli 8 days ago

Leicester City vs Napoli Preview: Team news, predicted lineups, ones to watch and how to watch 10 days ago