Reports are emerging today that Arsenal have accepted a £25million bid from Newcastle United for their midfielder Joe Willock.

The Gunners have already signed a new midfielder this summer, in the form of Albert Sambi Lokonga, however the young Belgian is more defensive than what Willock has showed during his time at Arsenal and Newcastle. Lucas Torreira and Ainsley Maitland-Niles have both returned to the club on loan, and with news that Granit Xhaka will remain at the club, and sign a contract extension, opportunities would be limited for Willock in North London in a highly competitive area of the pitch.

Arsenal have also been linked to deals for James Maddison, Houssem Aouar and a return on loan for Martin Odegaard, and following the emergence of Emile Smith-Rowe in the first team, Willock may also struggle for a chance in a more advanced role at Emirates Stadium.

Following reports of Arsenal's interest in Maddison, and reports suggested that the club offered Willock as a makeweight as part of the deal to sign Maddison, an offer that was rebuffed by the Foxes. 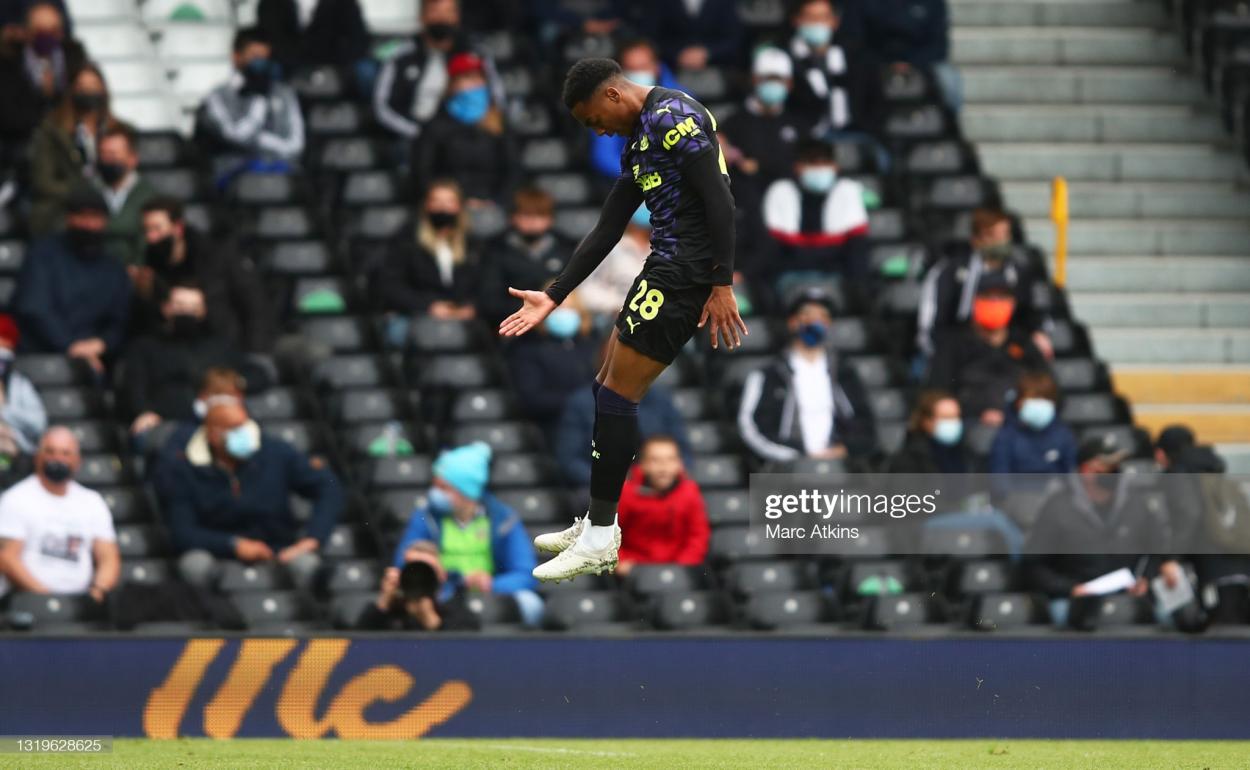 LONDON, ENGLAND - MAY 23: Joe Willock of Newcastle United celebrates after scoring his team's first goal during the Premier League match between Fulham and Newcastle United at Craven Cottage on May 23, 2021 in London, England. A limited number of fans will be allowed into Premier League stadiums as Coronavirus restrictions begin to ease in the UK. (Photo by Marc Atkins/Getty Images)

Willock saw his game time fall in the 2018/19 season, where he made just six appearances, playing three games in the Europa League, two Premier League appearances and once in the FA Cup.

The 19/20 was a breakout season for Willock, featuring 44 times for the Gunners under the management of Unai Emeryand Mikel Arteta, with five goals and one assist to his name, as the Gunners won the FA Cup for a record breaking 14th time.

Last campaign was far more difficult for Willock, making only 17 appearances for Arteta's side, and as the January transfer window rolled around, his name was constantly linked to an exit. Willock eventually signed for Steve Bruce's Newcastle United, and made an immediate impact, scoring on his debut in a 3-2 win against Southampton. The midfielder featured in 14 games for the Geordie side, and finished the season in strong form, netting seven goals in seven consecutive appearances, taking his tally to eight for the loan campaign, endearing himself to the Newcastle faithful, and helping the club to avoid relegation.

What should Arsenal do?

The Gunners haven't made a sale this summer, and with current incomings of £76million, and with incomings still necessary, £25million would make a good start to helping improve the transfer kitty this summer.

Willock will not be a crucial first team member this season, and as a Hale End graduate, the club will still care for his development as a footballer, but if they are unable to offer him the assurances he will need to improve, selling him and allowing him first team chances elsewhere could be the best outcome for all parties involved.

Arsenal however need to learn from past mistakes, premature sales of Serge Gnabry, Donyell Malen, Jeff Reine-Adelaide have all gone on to be huge success in European football, at clubs who have all outperformed Arsenal in recent years. If Arsenal were to sell, adding clauses to ensure a sell on fee, or buy-back option as part of the negations would be a way to guarantee the club do not lose out on the successes of another potential star.

What is being said?

In  July, Arsenal boss Mikel Arteta spoke extremely highly of Willock, perhaps indicating an interest of keeping him in North London- “Joe is part of our plans, he’s our player and in the time that he is here we will try to make the most out of him. He had a great experience on loan. He was, I think one of the most important players for their survival.”

Arsenal kick off their season in just over one week, (Friday 13 August), with a trip to Premier League newsboys Brentford. It is still to be seen wether Willock will be a part of that squad, something that is dependent on Arsenal's incoming transfer business. Having made appearances over the pre-season preparations, and the Gunners still short of a creative midfielder, do not be shocked to see Joe Willock involved for the Gunners in their opening fixture of the 2021/22 Premier League season.