Nottingham Forest had a dismal start to the season under Chris Hughton, losing six out of a possible seven Championship games, with the other ending in a 1-1 draw with fierce rivals Derby County at Pride Park.

Hughton was subsequently dismissed on the 16th of September with many fans disappointed with the 62-year-olds naivety to change from his preferred 4-2-3-1. It was often seen as too negative with the Reds faithful often showing their disapproval for his tactics and substitutions with chants of "you don't know what you're doing."

Steven Reid, one of Hughton's backroom staff, took charge of the game at Huddersfield Town whilst the Forest hierarchy searched for a new boss. He immediately implemented the 3-4-2-1 formation and led the side to a strong 2-0 victory with goals from Lewis Grabban and an own goal from Terriers 'keeper Lee Nicholls.

The game at the John Smith's Stadium proved to be Reid's only game in temporary charge, with Steve Cooper taking over at the helm with his first game at home to Millwall, just four days after his appointment.

Despite drawing 1-1, many positives came from the game which saw Forest pick up their first home point of the season at the City Ground.

Under Hughton, playing out from a goal kick was very rare, with route one balls up to either Grabban or Lyle Taylor very common. However, Cooper has already implemented his style on the side he has inherited, with the three centre backs always looking to play out at every opportunity. 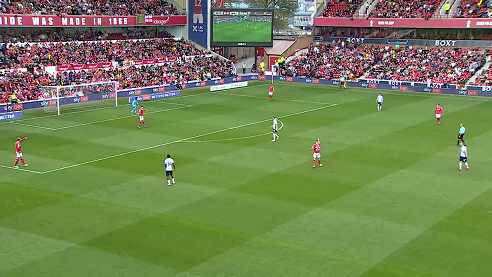 With Joe Worrall, Tobias Figueiredo and Scott McKenna all spreading across the 18-yard box, it gives Ryan Yates and James Garner the opportunity to receive the ball straight from Brice Samba. However, on this occasion the ball into the midfield pair was blocked off, so the three centre backs were the only options. As all Forest fans know, Samba usually has excellent distribution, so a third option could be to play the ball directly to wing-backs Max Lowe or Djed Spence.

This is already a massive improvement under Cooper, by looking to maintain possession all over the pitch, it reduces the amount of time the Reds are on the back foot. Granted possession may have been lost a few times from this on Saturday, but was to be expected with the players having to adapt to a new ethos.

One thing is for sure, and that is both full-backs have benefitted from the new formation. Lowe and Spence both impressed before the tactical switch, but both have taken their individual performances to the next level in the wing-back positions.

With three central defenders behind them, it gives the pair licence to attack and leave more of a mark on the game within the final third of the pitch. 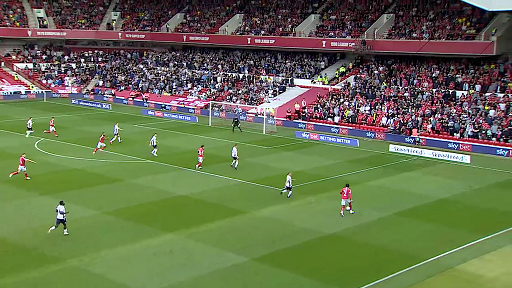 The image above shows Spence whipping a dangerous ball into the six-yard area for Grabban to attack. Spence is mainly able to do this after the movement of Brennan  Johnson. Johnson played in the right-wing position on Saturday, and by drifting into the box it allowed Spence to be 1v1 with the Millwall full-back and subsequently adding more bodies in dangerous areas.

On loan from Middlesbrough and Sheffield United respectively, Spence and Lowe have proven to be quality additions. Cooper transformed Connor Roberts into a star in that right wing-back position whilst at Swansea City, with the Welshman getting a Premier League move to Burnley this summer. Both have similar qualities to Roberts, with an abundance of pace and good final product, but most importantly the ability to do the "dirty work" and regain possession for the team. 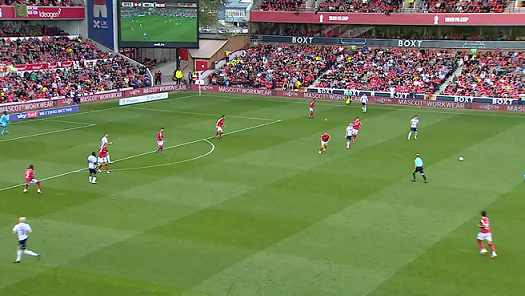 This just highlights the wing-backs work rate. Both are slotted alongside the centre-halves creating a solid back five, making the defence more resolute, something which is needed on Trentside. The pair are definitely ones to watch for the rest of the campaign going forward, and also defensively.

Spence and Lowe's success going forward is partly down to the clever movement of the wide players in the front three. Joe Lolley and Johnson filled these roles at the weekend, and their subtle but effective positioning allowed for the wing-backs to have as much success as they did. 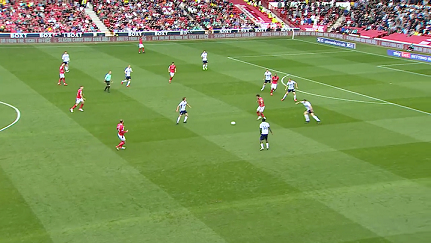 The 3-4-2-1 formation requires the two wingers to drop deep to receive the ball, and play in the channel occupied by the full-back and centre-back. Lolley and Johnson did well in this unnatural role, with Lowe and Spence often in positions higher than the wingers. The goal Forest scored, came from Johnson drifting inside and allowing Lowe to take on the full-back 1v1 before his cross come shot found its way into the back of the net.

It isn't just going forward that the formation is having a positive impact on the team. The lone striker is now supported by the two wingers in pressing the opposition backline, increasing the chances of regaining possession. 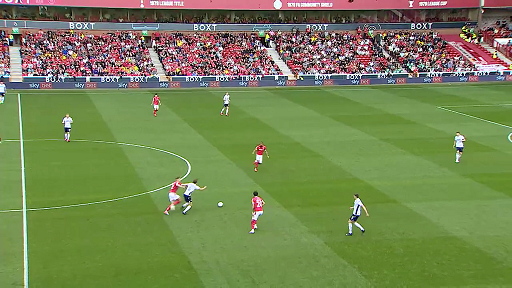 Ryan Yates, a player who often comes under fire from a lot of Reds fans, pressed very well in the central midfield position. His tenacious and workmanlike style of play could prove to be key in a midfield duo with James Garner who is seen as the more creative box-to-box man.

The pair are both full of running, and there were numerous occasions against Millwall that possession was won, but it was just the final ball that let Forest down.

All three points may have not been taken in Cooper's first game, but he has already given the side an identity and a never give up attitude, something which was severely lacking under Hughton. Quality may have also been lacking, but that will come once the players are used to the new system being implemented. If this is what a Cooper side can produce after just four days on the training ground, exciting times could be on the horizon at the City Ground.

Nottingham Forest 2021/22 season review: From bottom of the league to the Premier League 21 days ago

The Warmdown: Nottingham Forest are Premier League a month ago

Where should Coventry City look to improve next season? a month ago

Nottingham Forest vs Huddersfield Town preview: How to watch, kick-off time, team news, predicted lineups and ones to watch a month ago

Ranked: The top 50 Championship signings of the season a month ago

The Warmdown: Nottingham Forest are going to Wembley a month ago

From Lewes to Cardiff: Youngster makes step up to Championship a month ago