Manchester United came back from a two-goal deficit on Wednesday night to win 3-2 against Atalanta in the UEFA Champions League.

Ole Gunnar Solskjaer recognised that his side conceded goals that could have been prevented and that they need to defend 'better'.

“It’s perceived that we’re so inconsistent in performances when you concede easy goals. Today, another couple of easy goals and we need to eradicate this because we are playing against very good teams in the next few weeks," he added.

And one of those 'very good teams' is Liverpool. They will go head-to-head on Sunday at Old Trafford in the Premier League. Liverpool have not beaten United in the Theatre of Dreams with fans since David Moyes was in charge, back in 2014.

That could change this weekend.

What happened against the Italian side?

Solskjaer's side found themselves bottom of Group F when Atalanta scored two goals before the half-hour mark.

Gian Piero Gasperini instructs his side to play a free-flowing style of football and opts for a 3-4-1-2 formation. On Wednesday, as part of the four midfield positions, Davide Zappacosta and Joakim Maehle acted as the wing-backs. The wing-backs found great space the other night and were rewarded for their efforts less than 15 minutes into the match.

The first goal is what Solskjaer's side will need to analyse and learn from, otherwise, they could find themselves in a similar situation on Sunday.

In the build-up to Atalanta's first goal, Luis Muriel picks up the ball after a quick free-kick was taken and lofted over the top of the United defence.

The striker turns and finds Josip Iličić. Because of the quick free-kick, United were caught out and Victor Lindelof covered for Luke Shaw. Shaw is now acting as the left centre-back and Lindelof is effectively left-back. 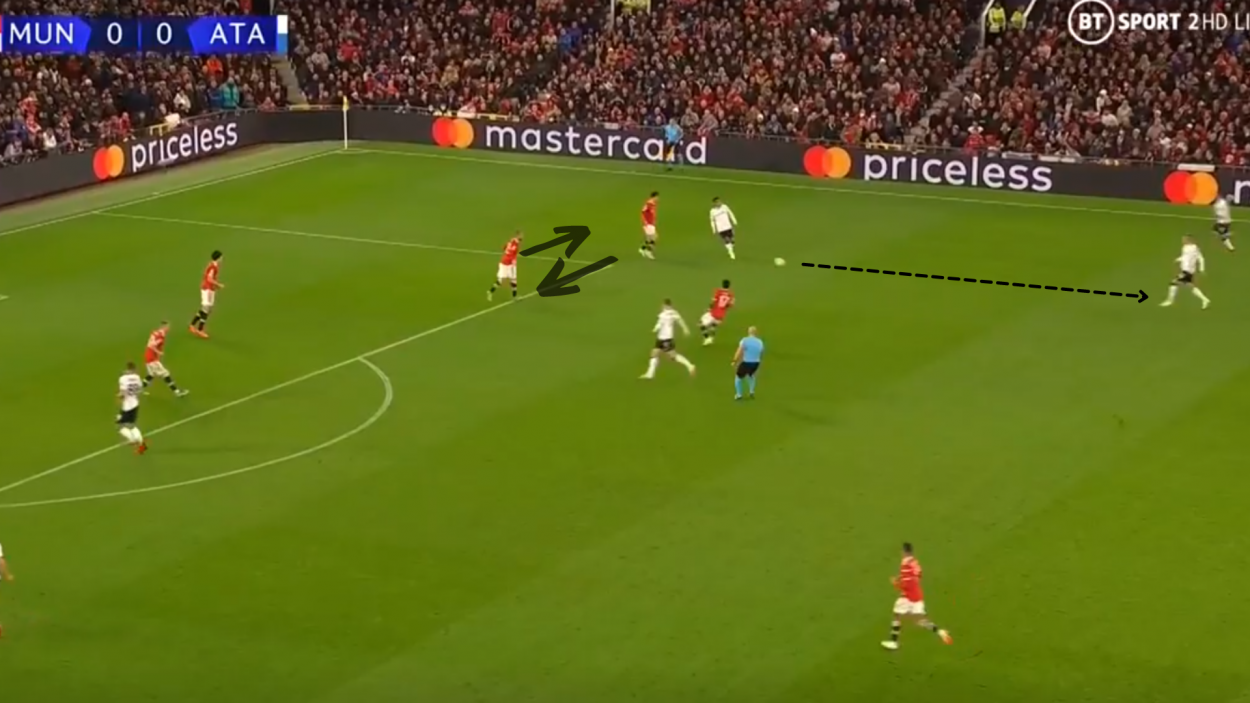 Iličić spots the undiscovered run of Zappacosta. The former Chelsea wing-back breezes past Marcus Rashford and gets in behind Lindelof whilst arching his run to stay onside. 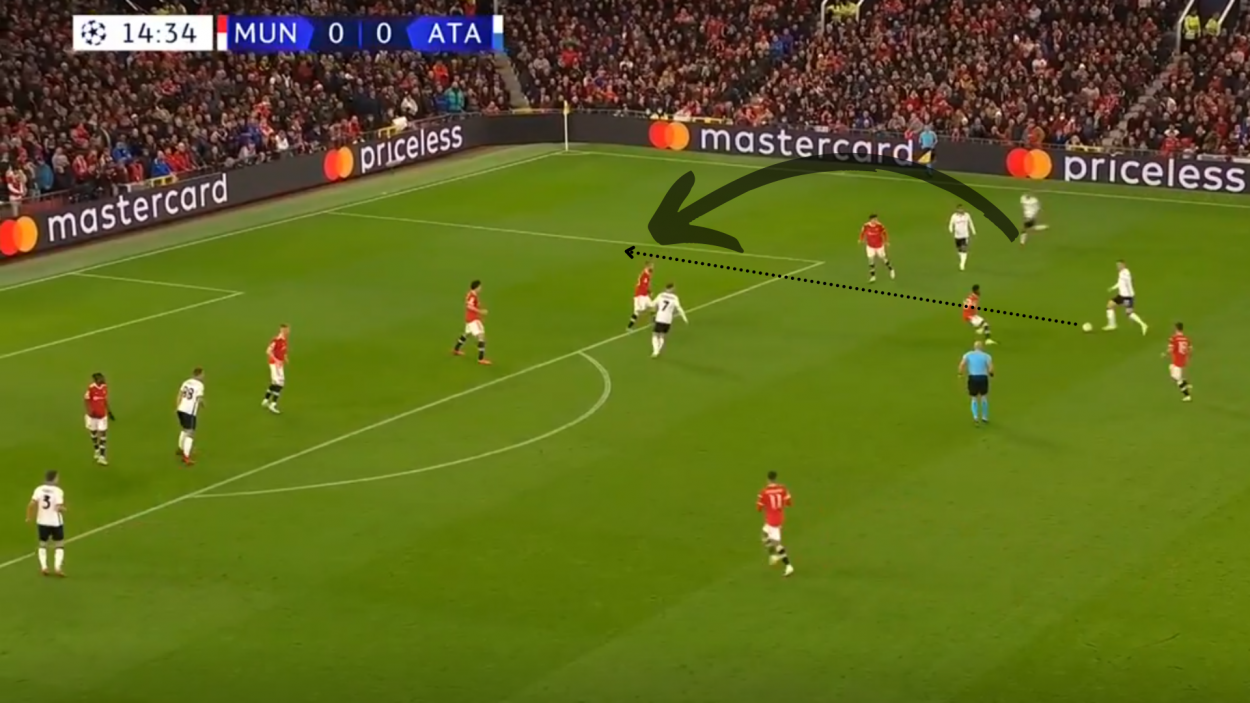 Lindelof now has to turn and sprint but he doesn't have a ghost of a chance of intercepting Iličić's perfectly weighted ball for Zappacosta to meet with pace. 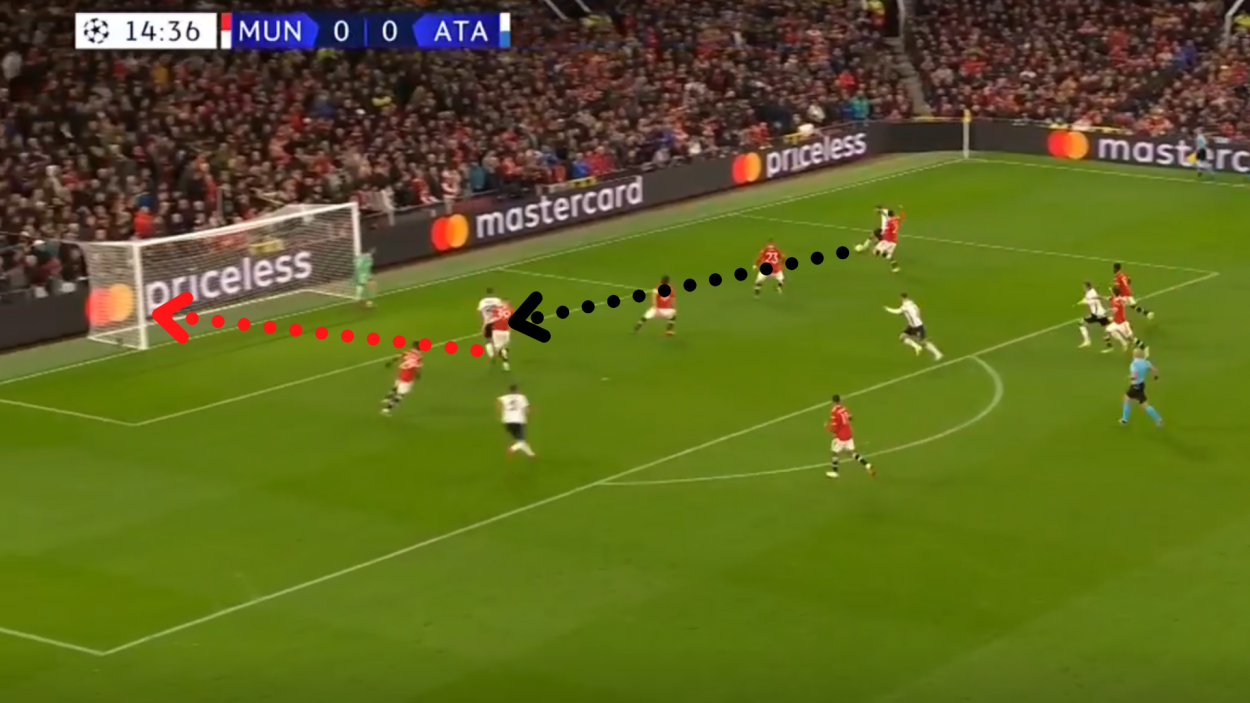 Mario Pasalic drifts into the box, places himself between Scott McTominay and Aaron Wan-Bissaka and meets Zappacosta's low driven cross to slot past David De Gea. Easy as you like...

Jurgen Klopp's side don't necessarily play with wing-backs but Andy Robertson and Trent Alexander-Arnold might as well be. They push that far up the pitch and at times, Liverpool may find themselves playing with two wingers on each flank.

Klopp also urges his full-backs to utilise their mastered art that is overlapping. Roberton and Alexander-Arnold have provided countless assists from overlapping runs in the past.

The passage of play seen below is from Liverpool's 3-0 victory at Elland Road against Leeds United earlier in the season.

Joel Matip, is in a rather advanced position and Mohamed Salah is already showing his frustration for delaying a pass.

Instead, Matip finds the in-form Alexander-Arnold making another undiscovered run down the right flank. 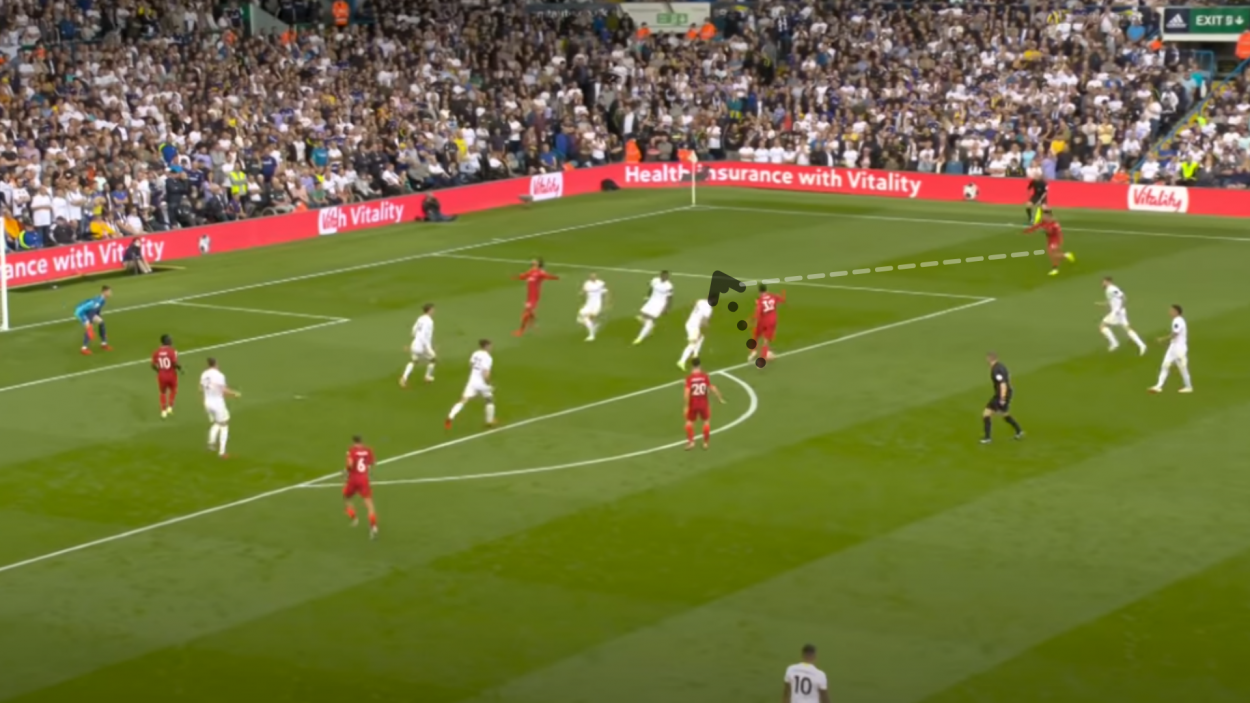 Matip, like Iličić, weights his pass to perfection for Arnold to run onto and hammer a ball across the 18-yard box for Salah to open up his foot and stroke past Illan Meslier. 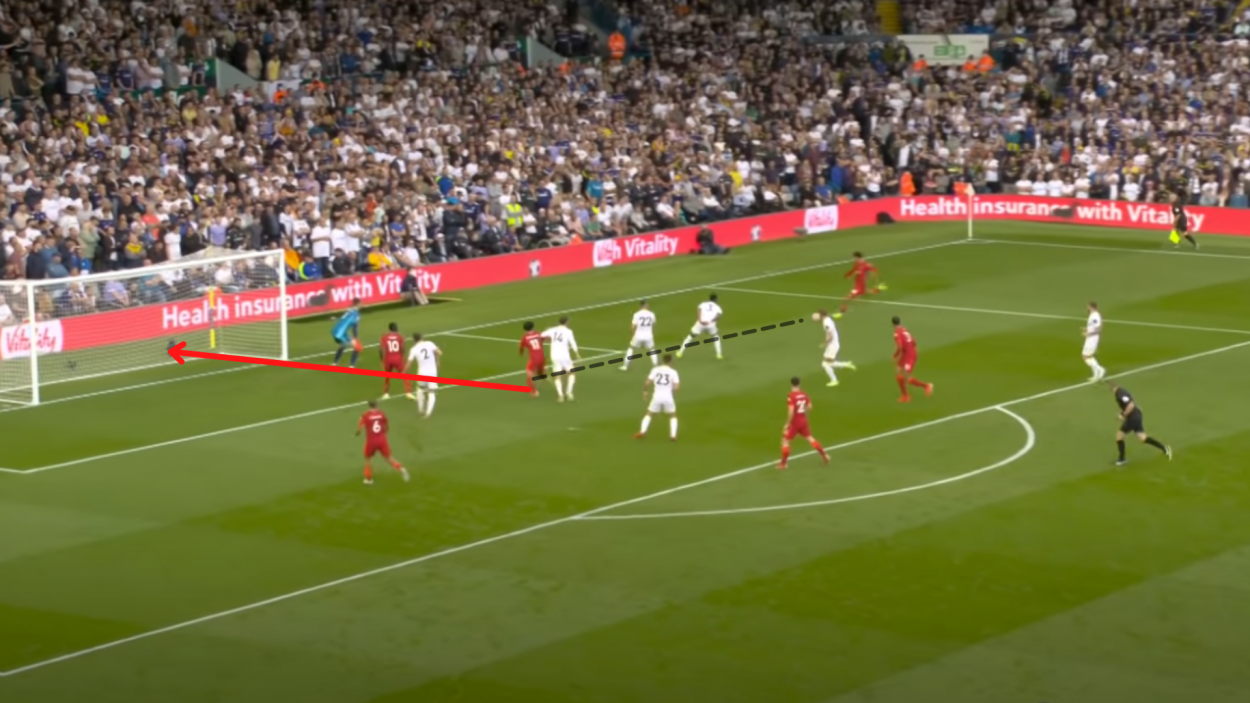 After presumably watching and analysing United's performance against Atalanta on Wednesday night, Robertson and Alexander-Arnold will be licking their lips at the thought of pulling off the overlap.

That is of course if Solskjaer and United don't fix up before then...

Erik ten Hag: "I had choices to work at a different club, with a better foundation. But I chose Manchester United." 2 months ago

Manchester United vs Norwich: Can the Red Devils stop the rut? 3 months ago