Arsenal's charge for Champions League football was handed another boost last night, as centre-back Gabriel's third goal of the season helped the Gunners to a 1-0 win at Molineux.

Mikel Arteta's side had to show a great deal of resilience once again, as Gabriel Martinelli was dismissed for two bookable offences in the 69th minute.

The hosts were looking to build on their recent run of solid form, as they also push for the European places, as we head into the tail-end of this Premier League season.

The Gunners battled through what was a very difficult January, having only scored a single goal in their fixture against leaders Manchester City.

Heading into this tie, the north London side would have known the size of the task ahead of them - despite Wolves' less than impressive goalscoring record this term, only Pep Guardiola's City team had conceded fewer than Bruno Lage's side.

The first half started slowly, as both teams approached the tie cautiously, neither wanting to make the first mistake. But it didn't take too long for the visitors to find their breakthrough.

The game's only goal came from an unlikely source in Gabriel, who found himself in a striker's position in the second phase following a corner, poking a loose ball beyond Jose Sa to put the Gunners 1-0 up in the 25th minute.

Although we may not have been treated to the fully expansive brand of football that we have started to see from the north London outfit, there were certainly spells in the first half where they looked deserving of the three points come the full-time whistle.

This is clearly a very well-drilled Arsenal side, as patterns of attacking play are beginning to appear week-after-week. With Bukayo Saka's creativity causing problems on the right-hand side, the hosts could never fully commit to pulling level while both teams had eleven men on the field.

The Gunners went in at half-time with their one goal advantage, knowing that holding onto their lead could end up being crucial come the end of the season.

Early into the second period, new club captain Alexandre Lacazette found himself through on goal, coming in from the left-hand side, having been played through via a delightful through ball from goalscorer Gabriel.

However, the chance to double their advantage was squandered, as the Frenchman fired wide right of the post, to keep the difference down to a single goal.

The biggest talking point of the game came 20 minutes before the final whistle, as Martinelli was dismissed for two bookable offences in the same passage of play - not something that often (or ever) happens.

In a somewhat confusing application of the rules, the Brazilian forward was first cautioned for blocking a Wolves throw-in, only to be booked again after chasing down debutant Chiquinho, bundling him to the floor in frustration.

To the visitor's disbelief, referee Michael Oliver brandished a yellow card for both of the incidents, handing Arsenal their fourth dismissal in just six games - a worrying statistic when the Gunners' squad side is considered.

Upon the red card being shown, Arteta chose to bring on an extra centre-back in Rob Holding, a decision that proved to be a master-stroke as Arsenal were pinned with their backs against the wall.

Despite wave after wave of attack from the hosts, the Gunners backline proved a formidable resistance as they squeezed every last bit of life out of the game, running down the clock whenever possible, visibly frustrating Lage's squad and the home fans.

There were a number of impressive performances within the Arsenal team, none more so than Gabriel. Along with his goal, the Brazilian was as solid as a rock at the back. Becoming more of a dominant presence as each week passes, the 24-year-old is proving to be one of the first names of the team sheet for Arteta.

Another stellar performance came from substitute Holding, as he stepped onto the pitch with just 20 minutes remaining. Despite his late introduction, the Englishman completed more clearances than any other player on the pitch.

Holding has become something of a cult hero in recent years, as he seems to be one of the players who will never make a fuss, and always put in a solid performance when the pressure is on.

Finally, another excellent display came from Lacazette. Having recently been handed the armband following the departure of the exiled Pierre-Emerick Aubameyang, the Frenchman has stepped up in exactly the manner that the Arsenal faithful would have hoped.

A constant outlet for the visitors, Lacazette played his usual game of dropping in between the lines, picking the ball up and linking up play between defence, midfield and the forward line.

This game perfectly illustrates the importance of taking chances in the Premier League - as the margins for victory become slighter, games are won in these small, decisive moments.

The win takes Arteta's men into fifth place in the league, with two games in hand on West Ham United, who sit just one point ahead of the Gunners.

Arsenal fans will know that the trip to Molineux was such an important fixture to win. Not only does the three points fill the team with confidence as they head into a run of must-win games, it also puts them into the driving seat in the race for the top four - as other teams around them are seemingly dropping points every other week.

Next up, The Arsenal play host to Brentford, as they look to put right the 2-0 loss that they suffered on the opening day of the season. 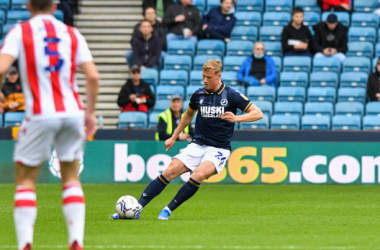 The Warmdown: Newcastle put a dagger through Arsenal hearts 8 days ago

Newcastle vs Arsenal preview: how to watch, kick-off time, team news, predicted line-ups and ones to watch 9 days ago

The Warmdown: Spurs better 10-man Arsenal in NLD 12 days ago

Analysis: Arsenal must stop the drop 13 days ago

Arsenal vs Leeds Match Preview How to watch, team news, kick-off time, predicted line-ups and ones to watch 18 days ago