Geographical proximity is far from the only aspect in which similarity can be drawn between Bromley and Dagenham ahead of their meeting at the Westminster Waste Stadium AKA Hayes Lane this weekend.

As the season hurtles towards it's notoriously thrilling climax, both are amongst those at risk of being left behind in their quests to secure a position inside the coveted top seven, and for Dagenham that's partially due to their inability to win in such matches like this against those around them.

After suffering damaging defeats to fellow play-off challengers Notts County and Grimsby Town on successive Saturdays, the Daggers dropped a further two points against Boreham Wood in midweek to leave their hopes realistically hanging by a thread - they simply have to win this one.

Two points behind (albeit in the comparatively advantageous position of having two games in hand) lie a Bromley outfit that can at least take solace from securing a Wembley date in the FA Trophy final after defeating York City at home last weekend, succeeding where their upcoming opponents had failed in that regard a round earlier.

However, Andy Woodman's side are winless in nine league games so will be just as desperate to taste victory.

After winning their first four league games of the new year, Bromley are without one since. Their only two victories since February have come in the FA Trophy, 3-1 against Solihull Moors then York City in consecutive rounds on home soil.

The latter, though, has secured the outstanding achievement of a second Wembley trip in their recent history, with Wrexham awaiting them in mid-May.

This weekend they play a Dagenham side in patchy form, their previous five games featuring two wins, two defeats and most recently a solitary draw at home to Boreham Wood during midweek. 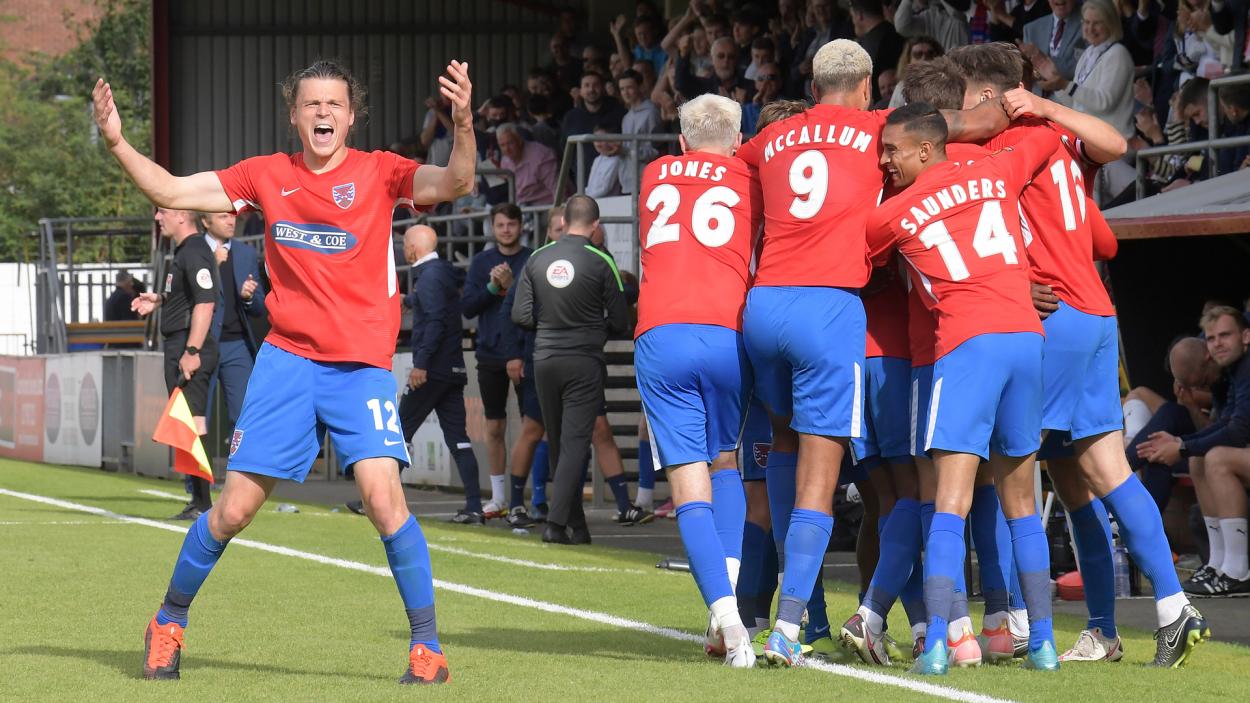 Dagenham manager Daryl McMahon revealed in the build-up to this clash that Ángelo Balanta has joined George Saunders as a long-term absentee on the treatment table, having sustained a severe hamstring tear.

Elliot Johnson should return to the side after missing the Boreham Wood game through illness, while Dean Rance will be touch-and-go.

Moving over to the Bromley camp, they're likely to be without Harry Forster, Omar Sowumni, Luke Coulson and Scott Wagstaff. The latter was forced off during their midweek reverse at King's Lynn.

Bromley's main threat will be provided by Michael Cheek, who has forged a reputation as one of the division's most potent frontmen. Though he will struggle to emulate last season's tally, 16 goals is a very impressive return and exceeds that of Dagenham's top scorer McCallum.

He'll be a big danger, incidentally, but the main man to watch out for in the visiting ranks is Junior Morias, a real livewire recently.

That was the fourth straight occasion where the home side has triumphed, both of last season's ending 1-0 as Liam Gordon and Cheek proved the matchwinner on each occasion.

Indeed, only once in the last five years has this fixture produced an away win, namely November 2018 when Dagenham emerged victorious through goals from Conor Wilkinson and now-captain Ángelo Balanta, continuing the honeymoon period that proceeded their American takeover a couple of months beforehand.

Both teams' media departments will be providing dedicated matchday coverage via Mixlr, which is the best option for anybody not inside the ground. The relevant links are available here - Bromley | Dagenham

What will Dan Ballard bring to Burnley? a day ago

Opinion: Three reasons why I can’t stand the transfer window 5 days ago

Liverpool complete signing of Calvin Ramsay from Aberdeen 5 days ago