Southampton talisman James Ward-Prowse has been nominated for the Premier League's EA Sports Player of the Season for 2021/22.

The 27-year old has made the eight-man shortlist, and is against the likes of Mohamed Salah, Kevin De Bruyne and Son Heung-Min for the accolade.

Ward-Prowse has contributed nine goals and a further five assists from the middle of the park this campaign, including four strikes from direct free-kicks.

Also making up the shortlist is, Jarrod Bowen, Joao Cancelo, Bukayo Saka and Trent Alexander-Arnold. Ward-Prowse is the only nominee not to come from a top-six club.

The nomination comes a week after the England international completed a clean sweep of awards at Saints’ awards night at St Mary’s.

Ward-Prowse has said he feels it is an "exciting time" to be involved with Southampton after receiving the three prizes at the club's 2022 awards dinner.

For the second year running, Ward-Prowse was named the players' player of the season after a unanimous decision by the squad following his fine campaign to date, in which he has scored ten goals and led by example for Southampton.

The Saints captain also picked up the awards for the fans' player of the season and goal of the season, after his superb free-kick against Wolves at Molineux in January. 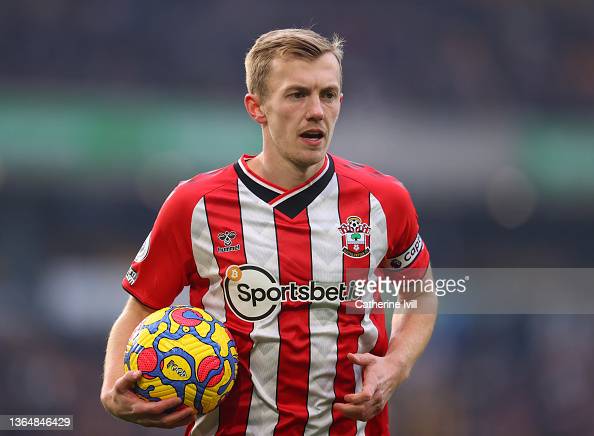 And Ward-Prowse sent a classy message to fans after being voted for as their player of the season, with the 27-year-old reiterating how much it means to him to be at Southampton.

"It is nice to receive, thanks to the fans and everyone for voting, it is much appreciated," he said.

"On a personal note, it is nice, but I am looking at the bigger picture with the team and the club, and I think it is an exciting time to be involved with the club with the new owners coming in and we are pushing in the right direction.

"I always remind myself there are millions of kids who would want to be in my position.

'I think it is an exciting time'

"I started my journey as an eight-year-old and there have been many people throughout the club who have given up their time and their sacrifices to allow me to achieve my dream as a kid.

"When I put this shirt on it is about making sure I give back to the club with the time, the sacrifice and the hard work."

The midfielder has attracted plenty of interest from other clubs after producing another outstanding season with Southampton, but manager Ralph Hasenhuttl made it clear that Ward-Prowse will be going nowhere.

The 27-year-old is statistically enjoying his best season at Southampton, and as a result, the Saints captain has been earning plaudits left, right, and centre.

He has reportedly attracted interest from the likes of Tottenham Hotspur and Manchester United and many Southampton fans will be feeling nervous ahead of the summer transfer window as the rumours refuse to go away, but manager Hasenhuttl has calmed the nerves by making clear the club's stance on the midfielder.

'He is staying here'

The Austrian said: "He has another four years on his contract here, he is happy here and he is our captain and he is staying here. Fans love him and we know how important he is to our team."

Ward-Prowse was labelled the best free-kick taker in the world by Manchester City manager Pep Guardiola earlier on in the season, and the Saints skipper is only four away from equalling David Beckham's record of 18 goals from direct free-kicks in the Premier League.

Broja bids farewell having &#39;loved every minute&#39; a day ago

Manchester United vs Southampton preview: Form guide, ones to watch, team news, predicted line-ups, head-to-head and how to watch 4 months ago

'A new beginning' for Saints after ownership deal 5 months ago

Brighton equaliser &#39;hard to accept&#39; for Hasenhuttl 6 months ago