Kaoru Mitoma is the latest of the influx in quality through Albion doors in recent times. Signed for £2.7m, the 25-year-old has shown bright signs early on in his career down at the South Coast, and will be looking to push on for his first start sooner rather than later.

Mitoma has appeared twice for Brighton in the Premier League now, with two very lively substitute appearances, and taking the Albion fanbase by somewhat of a storm. A quick, skilful, and confident player, not afraid to take on some of the best defenders in the division. The sense of directness is something perhaps missed for many years at Albion, since the departure of Anthony Knockaert; who was seemingly never adequately replaced. Ecuadorian, Jeremy Sarmiento is the closest in comparison, who is out with injury at the moment.

Mitoma replaced Pervis Estupiñan, who had a lively debut, on Saturday afternoon’s impressive victory vs Leeds United. Estupiñan came off at the right time, after multiple mistakes almost leading to a goal, however not enough to discredit his all-around good performance. Potter is a wise manager, and the change was certainly made correctly. The Japanese international proved to be more than an exciting winger; tracking back, and winning tackles seemed to be the theme of his game while carrying the potential to launch a lethal counter-attack. Turns in pace, and versatility is important for a player in a Graham Potter system.

Leandro Trossard is the latest example of an individual flourishing in versatility. The Belgian started the season at left-wing-back, moving advanced to the left-wing, before settling back up in a more central role; which is where he is at his best. Trossard was signed from Genk back in 2019, at a very similar time in his career to Mitoma; since then, Trossard has become a set-in-stone fan favourite, especially on multiple away-days trips, and the feel that Mitoma could become the same is evident amongst the fanbase.

There is a big difference between being a long-lasting good player, and an impactful one off the bench, though. Mitoma scored eight goals, and grabbed four assists in 29 games in all competitions in 2021/22. Naturally, playing around better players, and in a better team system, more goals can come. His nature of turning defence into attack quickly is something that will prove to be a useful tool in the Premier League. Predominantly playing on the left side of midfield, as well as being a utility left-wing-back in the Japanese J1 league, and the Jupiler Pro League in Belgium; both top flight in their respective countries. The early signs against Leeds proved his ability at left-wing-back could well open up a lot more opportunities in this Brighton side than some might think.

Overall Mitoma’s bright signs have come without any hiccups, which is rare. No potential banana skins in his game has been blatantly recognised as a potential problem; so far, so good. His link-up with Deniz Undav could be an exciting prospect for the season, as both of them achieved a combined total of 50 goal contributions between them in the Jupiler Pro League last season; including 33 goals, and 17 assists.

Looking ahead to Fulham, Albion go into the game unbeaten in their last nine in the Premier League, and unbeaten in the league in London since 23rd May 2021, in a 2-1 defeat to Arsenal at The Emirates; a record including the entirety of the 2021/22 season. Mitoma could have a chance to get his first Premier League start, although will most likely have to wait. Solly March was taken off shortly into the second half last time out, after seeming to run out of steam; which could open up the chance.

The past two Premier League meetings between the two clubs have been 0-0 draws, both occurring around a similar time (December 2020, and January 2021). In what can only be described as an anomaly season. Brighton had a crazy 20/21 campaign, and were named the ‘xG champions’... the Fulham games were nothing different: 16 shots, 12 inside the box, five on target, three big chances, 2.26 xG in the January game specifically.

In their immaculate maturity, Albion are better now. Stronger, high in confidence, and play with a certain arrogance and swagger of domination. The mistakes of the past have been well and truly learned from, and perhaps an opportunity for Japanese new blood to prove their worth in this exciting side. 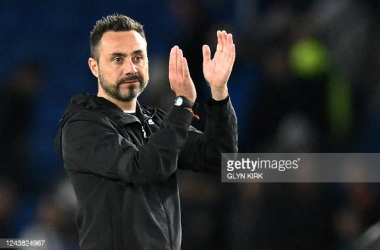