A goal from debutant Antony and two second-half goals from Marcus Rashford gave Man United the victory, despite being outplayed for the majority of the match.

Arsenal were the dominant side in this encounter, but for all their slick play, they struggled to create many opportunities to test David De Gea.

It will be a concern how disorganised Arteta’s side were for the United goals, the second and third strikes saw the Gunners defence leave gaping holes to be exploited.

Man Utd move up to fifth and Arsenal stay top despite defeat, thanks to Manchester City’s draw with Aston Villa on Saturday evening.

Manchester United came into the match in good form, the Old Trafford side winning their previous three games. New signing Antony, purchased from Ajax was the only change to the line up, replacing Anthony Elanga, after the win at Leicester City on Thursday.

Arsenal travelled to Old Trafford yet to drop any points. Their win against Aston Villa on Wednesday was their fifth win in a row with the two Brazilians Gabriel Jesus and Gabriel Martinelli continuing their impressive form. Ukrainian Oleksandr Zinchenko replaced Kieran Tierney at left back.

United got off to a bright start moving the ball well, playing some neat, intricate football and it was they who created the first chance. Defender Diogo Dalot picked up the ball on the left side, displaying excellent footwork, before the Portuguese full back broke into the box, and cut the ball back but unfortunately no one could get on the end of it.

Jadon Sancho had the next opportunity when inside the box he performed a few step overs and fired a shot at Aaron Ramsdale’s near post, but the Arsenal keeper was more than a match for it.

Antony, put into the starting line up after his move from Ajax, was a menacing threat on occasion. The Brazilian played a key part in the next chance, as it looked like he was being bottled in the corner, skillfully flicked the ball back for Dalot to cross for Christian Eriksen, who could only volley wide.

Gabriel Martinelli thought he had put the Gunners into the lead on fifteen minutes, but the goal was ruled out for a foul by Martin Odegaard in the build up on Christian Eriksen.

After the goal was ruled out, Arsenal took charge of the match, pressing United with more intent and moving the ball with greater purpose. Jesus, Martinelli, Odegaard and Saka were linking up excellently to force United to drop deeper.

Martinelli went close, when his cross from the left nearly caught De Gea out at the keeper’s near post, yet the Spaniard managed to make the save with his foot to save himself from embarrassment.

The Arsenal forward continued to cause United problems; Odegaard’s pin-point cross picked out Martinelli but his header was dealt with comfortably by De Gea.

Against the run of play, Arteta’s side found themselves a goal down when Old Trafford new boy Antony opened the scoring. The move for the goal originated from Bruno Fernandes, who broke through the middle, was fouled, but referee Paul Tierney played an excellent advantage, the ball fell into the path of Rashford who played Antony through one v one with Ramsdale and the Brazilian slotted the ball home on his favoured left foot.

The second half saw the North London side continue to boss the game, playing some scintillating football.

Odegaard should have equalised a few minutes after half-time, as Gabriel Jesus - after some wonderful play - passed to the Norwegian inside the box, but his shot was hit well wide.

Martinelli managed to keep the ball in and whipped in a cross to Saka, who controlled it marvellously and turned away from Tyrell Malacia, but hit his shot wide. Saka and his teammates appealed for a penalty, as they claimed Malacia had fouled the England winger but referee Tierney wasn’t convinced.

Odegaard’s telepathic partnership with Jesus bore fruit once again to help Arsenal score a deserved equaliser. The Arsenal captain played the summer signing from Man City through on goal, Diogo Dalot got across to intercept the ball but could only play it into Saka’s path to sweep the ball home.

Miraculously Rashford restored the home side's lead only six minutes later, hammering the ball home after he was supplied by Fernandes. 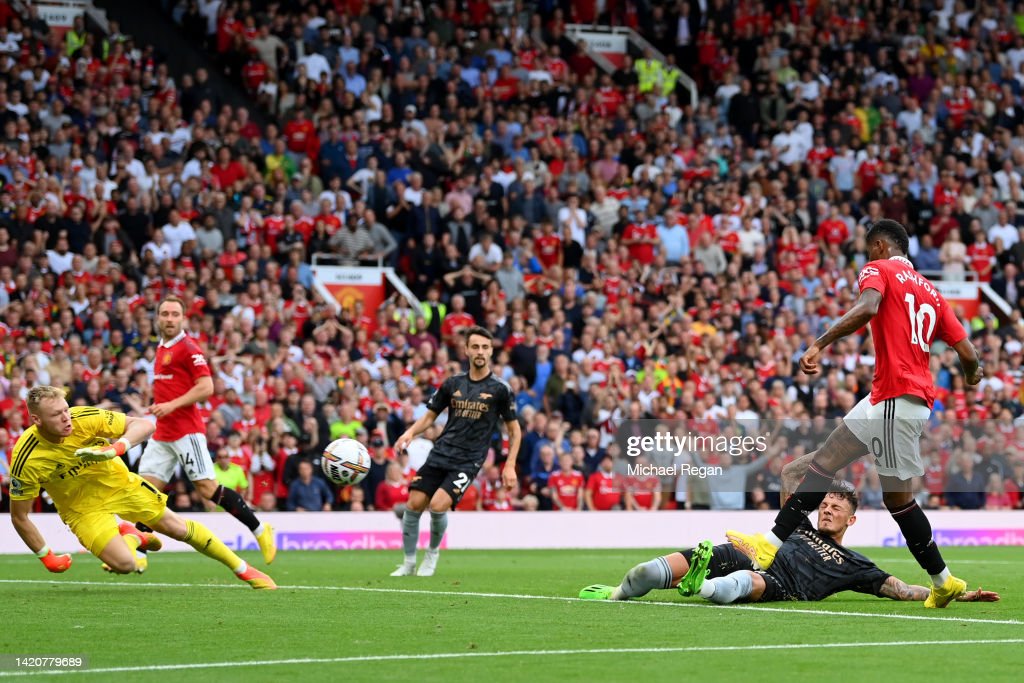 Arteta went for broke to get back into the game, making a triple substitution, surprisingly taking off the talismanic Odegaard for Emile Smith Rowe.

Within a minute, the game was over. Eriksen was played through down the left, galloped into the space left by the Arsenal defence and set up Rashford for a tap-in and his second of the game.

United easily held on to continue their upsurge in form, while the Gunners left Old Trafford frustrated having played superbly but suffering their first loss of the campaign.

Moment of the Match

Antony in his first appearance, showed glimpses of what he is all about and what the Old Trafford crowd can expect. He brought excitement and had the fans on their feet every time he got on the ball.

Taken off after fifty-seven minutes to be replaced by Cristiano Ronaldo, Eric ten Hag will be pleased with the former Ajax man’s debut.

Getting a goal on your first start is always special. It will go a long way to taking some of the pressure off Antony and it helped Man Utd on their way to a special victory at the Theatre of Dreams.

Man of the Match - Christian Eriksen

The Dane is quickly proving to be a bargain signing, his importance in the Man United side grows with each passing game.

Proving a willingness to work for the team, he sacrificed his natural game to man mark maestro, Martin Odegaard until the Arsenal man’s substitution. Eriksen then unselfishly teed up Rashford for the third goal to kill the game off.

After making such a wonderful comeback with Brentford after the horrifying events of Euro 2020, the former Tottenham and Inter man has become an important cog in the wheels of ten Hag's side and that class is truly permanent. 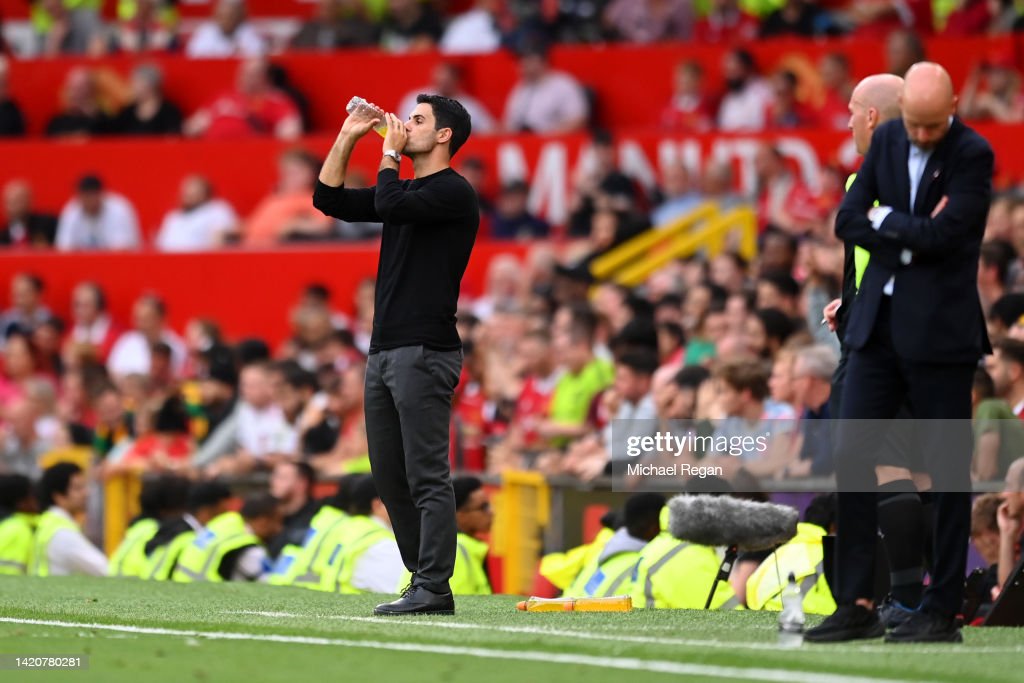 "I love watching Ederson and Alisson, I wouldn't want to be Brazil's coach!" - Brad Friedel 23 days ago

O'Neil: "All of them should get a standing ovation" 24 days ago